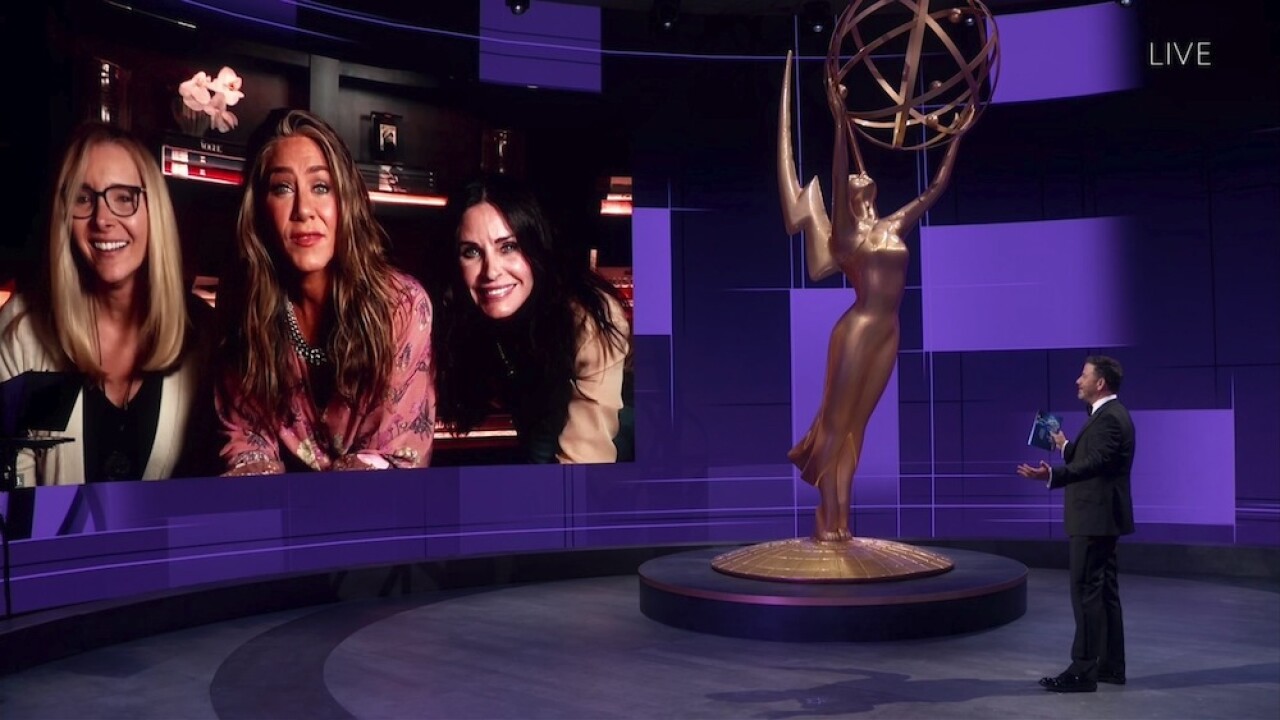 "Schitt's Creek" swept all five major categories for which it was nominated, and two HBO programs — "Succession" and "Watchmen" — took home several awards of its own Sunday in an Emmy Awards show hosted remotely.

"Schitt's Creek" — the Canadian television show brought to America by Pop TV and made famous on Netflix — was nominated for several major awards in comedy categories and swept them all, including the award for Outstanding Comedy Series. Its final season aired on Pop TV earlier this year.

"Watchmen" — an HBO series based on the 1980s comic book series — was the big winner in the limited series category. The series won three major awards, including Outstanding Limited Series. The show was also among the leaders in nominees.

The 2020 Emmy Awards were hosted by Jimmy Kimmel in Los Angeles, but winners accepted awards and gave speeches from their own homes.

Outstanding lead actor in a limited series or TV movie

Outstanding lead actress in a limited series or TV movie

Supporting Actor in a Limited Series or Movie

Supporting Actress in a Limited Series or Movie

Supporting Actor in a Comedy Series

Supporting Actress in a Comedy Series

Supporting Actor in a Drama Series

Supporting Actress in a Drama Series

"Curb Your Enthusiasm"
"Dead to Me"
"The Good Place"
"Insecure"
"The Kominsky Method"
"The Marvelous Mrs. Maisel"
WINNER: "Schitt's Creek"
"What We Do in the Shadows"