Will any of Trump's Cabinet picks be blocked in the Senate? 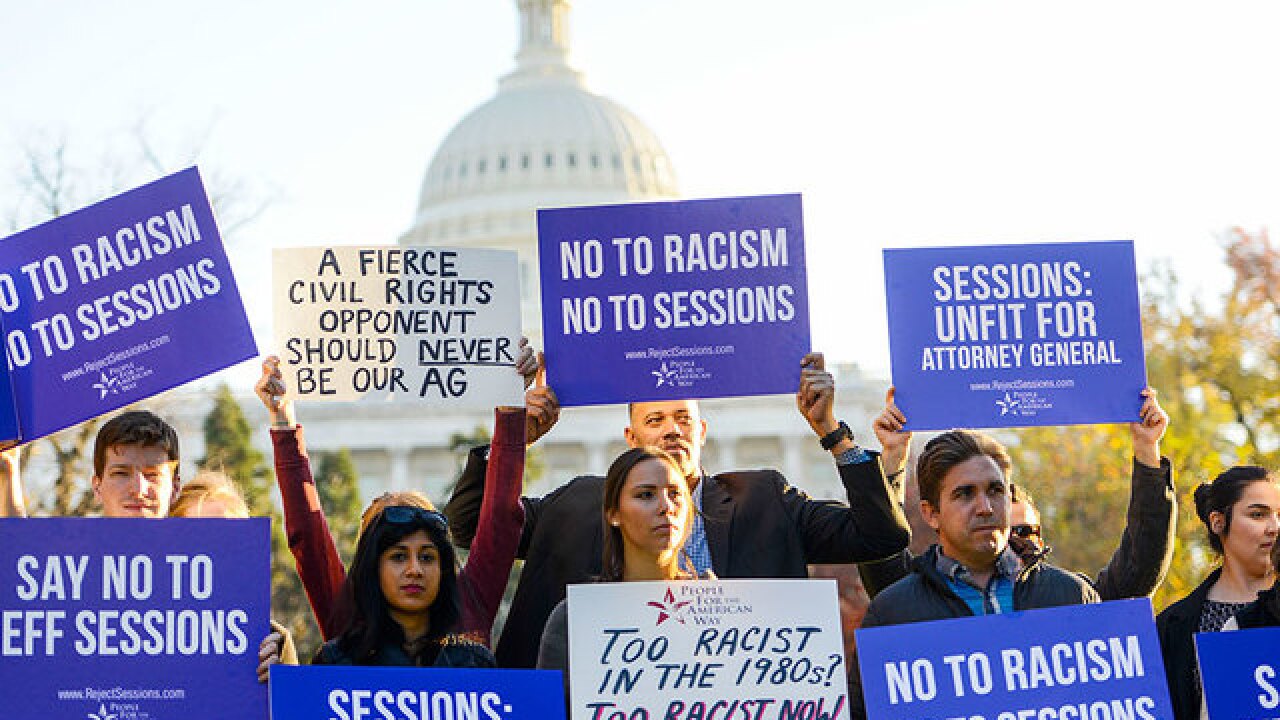 <p>Activists call on Senate to reject Jeff Sessions as Attorney General. (Photo by Leigh Vogel/Getty Images for People For The American Way)</p>

President-elect Donald Trump has announced 13 Cabinet nominations, which all require Senate confirmation, and some of his selections were greeted with sharp criticism from both sides of the political aisle. But does that mean the nominees won’t be confirmed? History says no.

The last time a Cabinet nominee didn’t make it through Senate confirmation was four presidencies ago in 1989 under President George H.W. Bush. The Senate rejected John Tower’s nomination for Defense Secretary. The Democratic senators who led the opposition cited Tower’s record of alcohol abuse and consulting contracts he had with weapons builders.

The first time the Senate rejected a Cabinet nominee was in 1834 when President Andrew Jackson nominated Attorney General Roger Taney to be Treasury Secretary. This was during Jackson’s crusade against the Second Bank of the United States. Taney advised Jackson to withdraw government deposits from the bank, but Treasury Secretary William Duane refused to do so. Jackson dismissed Duane and appointed Taney acting secretary in a recess appointment, but the Senate later failed to confirm his nomination. Since then, the Senate has blocked only eight Cabinet nominees.

More than 500 Cabinet positions have been confirmed overall, but it didn’t become routine for the Senate to hold hearings where nominees testify until the mid-20th century. According to the Senate website, today the president is responsible for appointing more than 300 positions that require confirmation. While some of those appointments are drawn-out, history shows that the majority of them ultimately go through.

The Senate’s responsibility for confirming Cabinet nominees is found in Article II of the constitution. It states that the president “shall nominate, and by and with the Advice and Consent of the Senate, shall appoint Ambassadors, other public Ministers and Consuls, Judges of the Supreme Court, and all other Officers of the United States, whose Appointments are not herein otherwise provided for… ”

As is true with most things in Washington, the Senate’s role in the confirmation process is often debated. “Views of the Senate’s ‘proper role’ range from a narrow construction that the Senate is obligated to confirm unless the nominee is manifestly lacking in character and competence, to a broad interpretation that accords the Senate power to reject for any reason a majority of its members deems appropriate,” the Senate website reads.

Barack Obama experienced major push back during his two terms over some of his nominations — many of which were delayed for months, but none of his Cabinet posts was ultimately blocked.

His nomination of former Republican Sen. Chuck Hagel to Secretary of Defense in his second term came the closest. The Republican-held Senate refused to vote to end debate on Hagel’s nomination for two weeks because GOP senators were calling for Obama to explain in greater detail his actions on the night of the Benghazi, Libya, attacks. Nevertheless, they finally confirmed Hagel 58-41 in late February.

Trump’s Cabinet appointments — particularly Sen. Jeff Sessions, R-Ala., for Attorney General and ExxonMobil CEO Rex Tillerson for Secretary of State — have drawn fire. Previously, the Senate rejected Sessions’ nomination in 1986 for a federal judgeship because of comments of his that were deemed racist.

“I think Sen. Sessions had a long and complex record that deserves to be fully reviewed,” Sen. Chris Coons, D-Del., told the Associated Press. “There are areas that I think, based on recent developments and some of Donald Trump’s statements in his presidential campaign, that we should all be paying attention to, not least of which is the protection of civil rights and civil liberties.”

Tillerson’s appointment has raised concerns because of his business and personal ties with Russia and the Kremlin, especially in light of recent reports about Russian cyber attacks and interference with the U.S. presidential election.

“I don’t know the man much at all, but let’s put it this way: If you received an award from the Kremlin, [an] Order of Friendship, then we’re gonna have some talkin’,” Senator Lindsey Graham, R-S.C., told reporters. “We’ll have some questions. I don’t want to prejudge the guy, but that’s a bit unnerving.”

But no Senators have stated they they plan to try to block any of Trump’s nominations. In fact, there will only be 48 Democratic senators next term, which is three short of the number needed to block a nomination. Instead it’s likely that Democrats and Republicans will use the nomination hearings as opportunities to get questions answered, and, of course, make a few political points.

What the senators could do to disrupt the nomination process is use the hearings as a delay tactic, which could take up much of Trump’s first few weeks in office. Some Democratic senators said that doing so would be a payback of sorts to the Republican senators who refused to hold a hearing on President Barack Obama’s Supreme Court nominee Merrick Garland.

“They’ve been rewarded for stealing a Supreme Court justice. We’re going to help them confirm their nominees, many of whom are disqualified?” Sen. Sherrod Brown, D-Ohio, told Politico of his plan to delay the nominations. “It’s not obstruction, it’s not partisan, it’s just a duty to find out what they’d do in these jobs.”