What are government leaks and why do they occur? 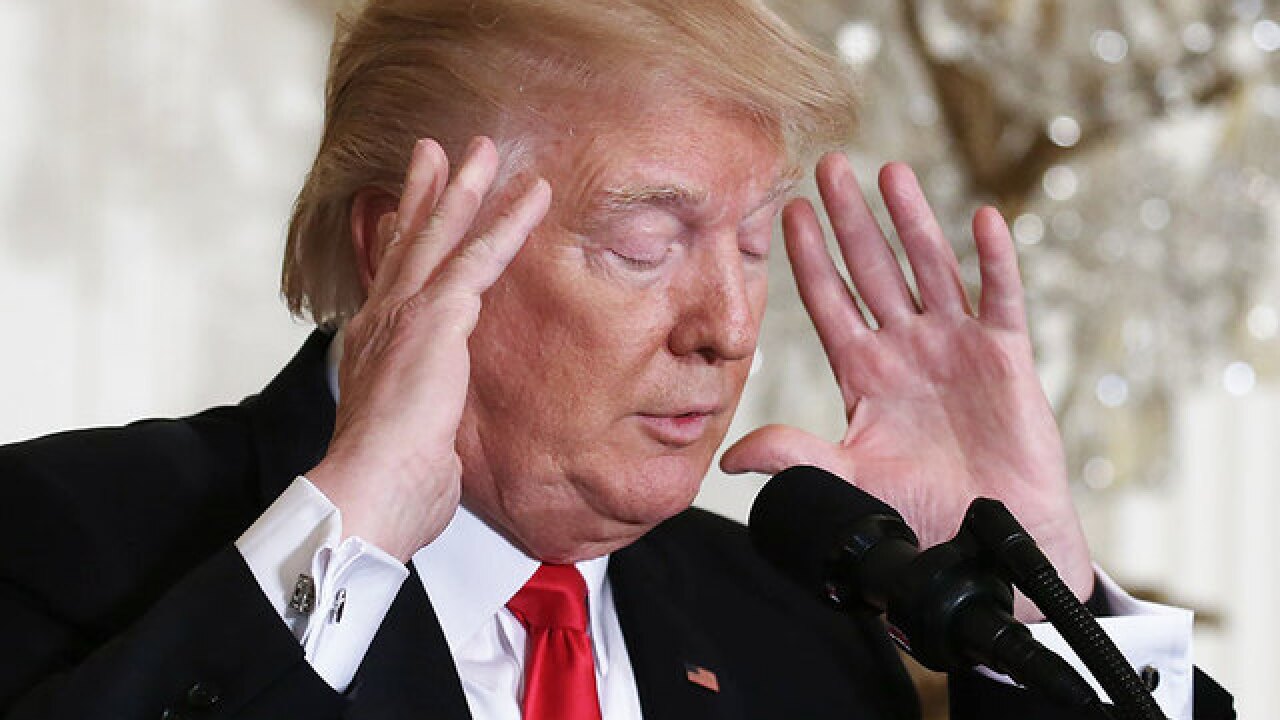 Image copyright 2017 Getty Images. All rights reserved. This material may not be published, broadcast, rewritten, or redistributed.
<p>President Donald Trump speaks during a news conference in the East Room at the White House on Feb. 16, 2017. (Photo by Mario Tama/Getty Images)</p>

During the presidential campaign, Donald Trump made it clear he cherished leaks about former Secretary of State Hillary Clinton: “I love Wikileaks. …. It’s amazing how nothing is secret today when you talk about the Internet”.

Trump mentioned Wikileaks virtually every day during his public appearances. He also mentioned Wikileaks in each of the presidential debates he participated in. In fact, Trump said in October 2016, “We’ve learned so much from Wikileaks. For example, Hillary believes it’s vital to deceive the people by having one public policy and a totally different policy in private. That’s okay.”

That was then. This is now. Today President Trump has a very different opinion about leaks:

“From Intelligence, papers are being leaked, things are being leaked, it’s a criminal action, criminal act, and it’s been going on for a long time before me but now it’s really going on and people are trying to cover up for a terrible loss that the Democrats had under Hillary Clinton. I think it’s very very unfair what’s happened to General Flynn, the way he was treated and the documents and papers that were illegally, I stress that, illegally leaked. Very very unfair.”

Granted, it’s not unusual for political candidates to change their opinions once they’re in office. Former President Barack Obama switched his position on gay marriage during his two terms in office. Former Secretary of State Hillary Clinton did the same once she became the Democratic nominee in 2016. And now President Trump, unlike candidate Trump, is voicing strong opposition to leaking damaging information.

Let’s take an historical look at government leaks and how they shaped our laws and politics.

Perhaps the most famous government leak in the modern era was “the Pentagon Papers,” a Department of Defense study of the United States’ involvement in Vietnam from 1945-1967. Contents of the study were “classified” but were released by Daniel Ellsberg to The New York Times in 1971. The Nixon administration sued the Times, and on June 30, 1971, the Supreme Court ruled 6-3 that the Times could continue publishing the papers, stating, “Only a free and unrestrained press can effectively expose deception in government.”

In 2013, Edward Snowden admitted copying classified material at the National Security Agency and giving it to a number of media outlets. Both Ellsberg and Snowden were charged by the federal government with violating the Espionage Act of 1917. Ellsberg’s case eventually was dismissed by a federal judge in 1973, and Snowden remains charged and maintains asylum in Russia.

Since Ellsberg was exonerated and Snowden has not been, the question is: Is it legal to leak government information to the press? The answer is “it’s complicated.”

Non-classified government information remains in the public realm, meaning any of us can see it. But that’s not the case with leaking classified information. Doing so violates federal law, which applies to anyone who “knowingly and willfully communicates, furnishes, transmits, or otherwise makes available to an unauthorized person, or publishes, or uses in any manner prejudicial to the safety or interest of the United States or for the benefit of any foreign government to the detriment of the United States any classified information ….”

One of the things that makes this complicated is the fact that government officials frequently leak classified information for all kinds of reasons.

“There are statutes criminalizing the disclosure of classified information, but executive branch officials routinely leak classified information to the press. Given the extent of over-classification, there would be no national security reporting if such disclosures didn’t occur,” according to Liza Goitein of the Brennan Center for Justice “Disclosures that paint an administration in a positive light are tolerated or even implicitly encouraged. Disclosures that embarrass an administration or reveal wrongdoing are deemed ‘criminal.’ This has been the case under the past two administrations, and will likely continue under this one.”

That leads us to this ethical or moral question: Should these leaks happen?

Kelly McBride, an ethicist at the Poynter Institute, suggests “Sometimes it’s moral and ethical to break the law but each case is different. Based on what we found out, I feel like [Snowden] was ethical” in leaking the classified information. Snowden’s actions pulled back the curtain on the United States’ previously unknown global surveillance operations, including email and phone records of United States citizens. Many heralded Snowden as a hero while others labeled him a traitor.

If his press conference on Thursday is any indication, he will.

Trump called on the Department of Justice to investigate leaks regarding his former National Security Adviser Michael Flynn: “How does the press get this information that's classified? How do they do it? You know why? Because it's an illegal process and the press should be ashamed of themselves. But more importantly, the people that gave out the information to the press should be ashamed of themselves, really ashamed. …Those are criminal leaks."