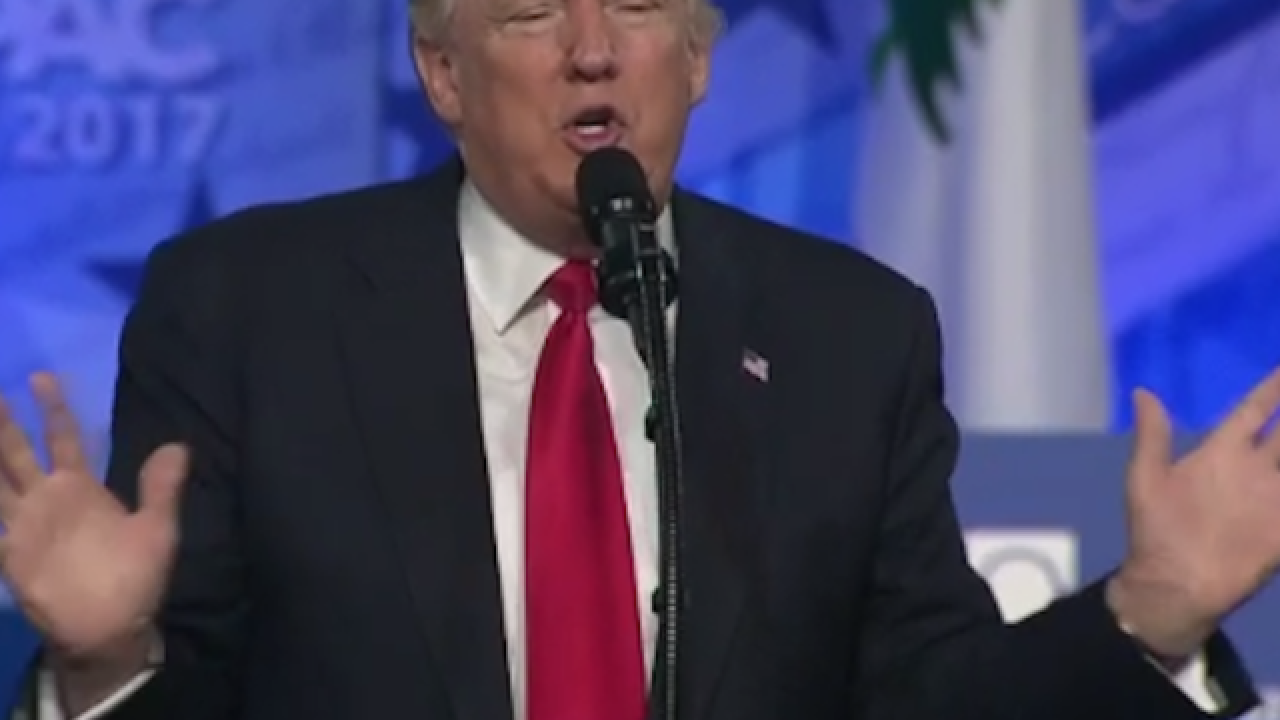 (CNN) -- President Donald Trump credited a crowd of right-wing activists with his unlikely political success Friday, telling a rapturous crowd at the Conservative Political Action Conference he first thought about running after his speech there six years ago.

"I loved the people, I love the commotion," Trump said in his remarks. "I'll never forget it really."

He said he arrived at the CPAC conference in 2011 with "very little notes and even less preparation."

"When you have practically no notes and no preparation and everyone was thrilled, I said I like this business," Trump said.

Trump also delivered another screed against what he called "fake news" on Friday, lambasting media organizations for using anonymous sources to portray an administration in disarray.

"I called the fake news the enemy of the people and they are," Trump said, insisting that while he wasn't opposed to the media as a whole he would continue to chastise news agencies for stories he claims are false.

"They're very smart, they're very cunning," Trump said, to cheers. "There are some terrible dishonest people and they do a tremendous disservice to our country."

Trump's speech is the highlight of this year's CPAC, held at a hotel and convention center outside Washington. Trump plans to arrive in his helicopter Marine One to the event, attended by conservative activists.

He first spoke at CPAC in six years ago, then as a brash billionaire with a popular reality television series. He told the crowd then he was considering a run for president -- though he ultimately waited until the next election cycle to step into the fray.

Trump described in his remarks a presidency at full throttle, declaring work on his proposed border wall ahead of schedule and vowing to repeal the Affordable Care Act soon.

He said his directives on immigration would keep the country safe, and was unbowed in his commitment to increase deportations.

"As we speak today, immigration officials are finding the gang members, the drug dealers and the criminal aliens and throwing them the hell out of our country. And we will not let them back in," Trump said. "They're not coming back in folks."

He promised an economic revival spurred by regulatory reform and a surge in manufacturing. At the same time, he said he would support some regulations to protect the environment and worker safety.

While Trump spoke at CPAC most years after his debut, he was conspicuously absent last year, in the height of the Republican primary contests. Organizers said he wanted only to deliver a speech when they requested he participate in a question-and-answer session.

His then-GOP rivals did attend, and lightly mocked Trump for his absence.