Opinion: So what's wrong with rigging primaries to keep out weak candidates? 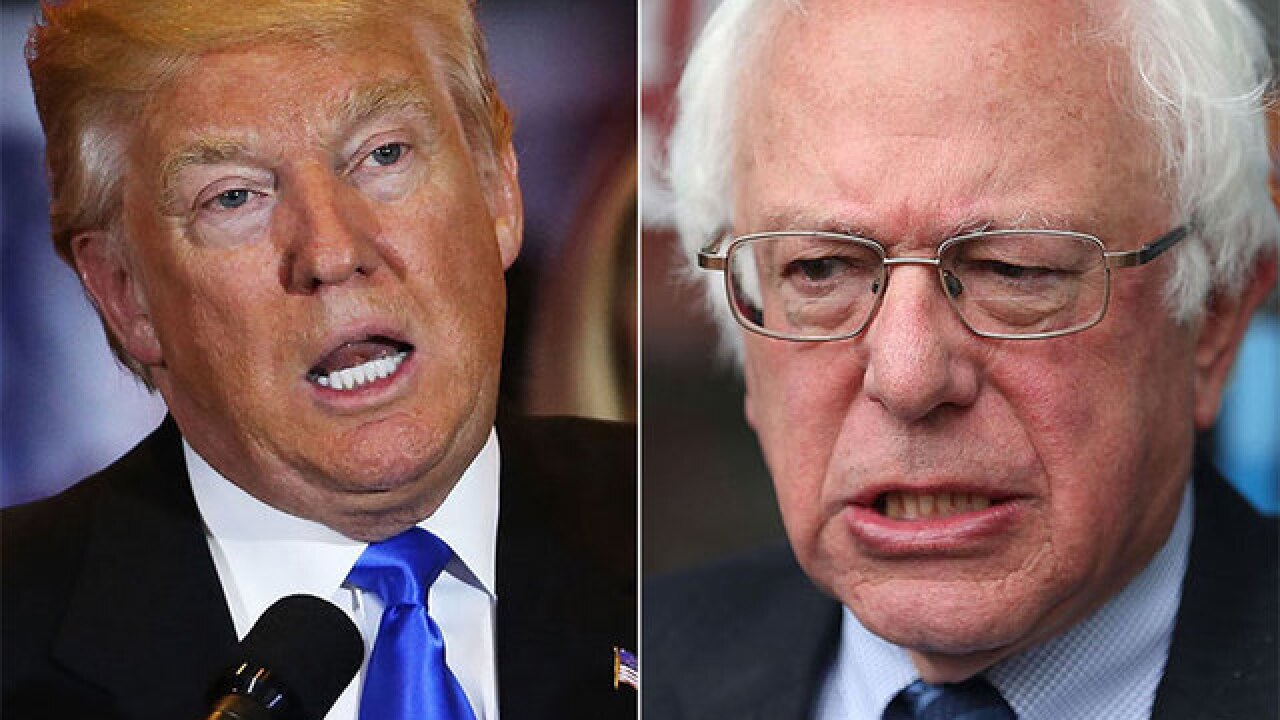 At some point in the 20th century, the American spirit of reform, the Puritan distaste for common politics and a misplaced surge of sanctimony fostered the idea that political parties really shouldn’t be very political anymore. Political parties should be openly democratic just like the government, with genteel rules of fair play and no back rooms filled with smoke where patronage jobs and walking around money were doled out.

The Founding Fathers despised political parties and ignored them in their Constitution, a document they wrote rather carefully. The idea that parties themselves could operate in a wholesome, democratic way would have struck them as ludicrous. Ward healers and oppo researchers do not patrol the road to heaven.

Yet we are shocked -- shocked -- that Debbie Wasserman Schultz and the DNC played politics with the nomination  and tried to trip up Bernie Sanders and help Hillary Clinton.

Sanders supporters are outraged. The political press corps sniffs a scandalina.  Donald Trump says it proves the whole system is rigged, just like the casinos in Atlantic City he ran into the ground.

I have a different view.  The DNC should have sabotaged Bernie Sanders openly and competently. And the RNC should have done the same to Donald Trump.

With Sanders, it’s simple:  The man is simply not a real member of the Democratic Party. He’s a usurper, a mole, an infiltrator. Look at the guy’s Senate web site, it says he’s an independent, not a Democrat. So why would the Democratic National Party aid and abet an enemy?  It’s because both parties have lost their clout, confidence and cohones.

Bernie is a democratic socialist. That’s lovely. Some of my best friends were democratic socialists when I travelled in Norway once. I loved them. But this is not what the American Democratic Party is about.  Further, the party believed Sanders had absolutely no chance to win a general election. They’d have to be suicidal not to try to kneecap Sanders.

If I were on Team Hillary or a member of the Democratic Party, I would be furious that the Democratic National Committee coddled the old codger as much as it did. He has been a terrible ally to congressional Democrats and liberal interest groups because he has always been more interested in dogmatic orthodoxy and protecting his shroud of sanctity than doing helpful, if imperfect chores for real people.

Yeah, yeah: Now the Democrats need Bernie’s Barmy Army to save the country from Il Duce Trumpillini. They do indeed.

A proper, potent political party would have ruthlessly exterminated the Trump candidacy. It was the right thing to do morally and politically by their professed philosophy, values, tradition and self-interest.

The Sanders-DNC-Debbie Wasserman Schultz squabble is trivial and fleeting.

However, the failure of the RNC and the Republican leadership in Congress and state capitols to rig the nomination against Trump could end up being a major contributor to a political and national disaster. The feckless, wobbly Republicans of 2016 might go down in modern history with the Southern segregationists, Neville Chamberlain, the sniveling enablers of Joseph McCarthy, the cowards in various administrations who let J. Edgar Hoover pervert the law and the George W. Bush cabal that lied about weapons of mass destruction in Iraq.

Aleading cause of government dysfunction is that the two major parties, like aging athletes, have lost their muscle mass, reflexes, instincts and confidence.  One essential job of political parties was and still should be preventing the worst demagogues and extremists from getting anywhere near government, military and diplomatic power.  So far they’ve done a decent job, until now.

Trump has consistently flaunted his disrespect and ignorance of the Constitution system, authoritarian positions, racism and reckless pronouncements about the most serious national security issues.  And 95 percent of the country’s elected representatives, former top government officials, corporate leaders, historians and even us shortsighted journalists know it perfectly well. So does the Republican National Committee.

The Republicans should have rigged the system against Trump and they should have done it ruthlessly. Their failure has put the nation in harm’s way.

The Democrats should have rigged the system against Bernie Sanders but their failure will be inconsequential.

Now the DNC is a hot story. Voters and the media are well advised to ignore DNCGate. “Bias” against a rogue candidate and snarky emails between political hacks are about as relevant to this vitally important election as Melania Trump’s gowns.

This flap also vastly inflates the importance to the November results of converting Sanders’ most loyal troops into fighters for Hillary. They are but a scouting troop compared to the giant army of independents. Steering those discouraged Americans away from the Trump temptation will the job of Barack Obama, Joe Biden, Michael Bloomberg and, in the end, Hillary Rodham Clinton.

It would have been much better for both parties if they had just rigged the system properly a year ago.