One hundred women in Congress isn't much to brag about 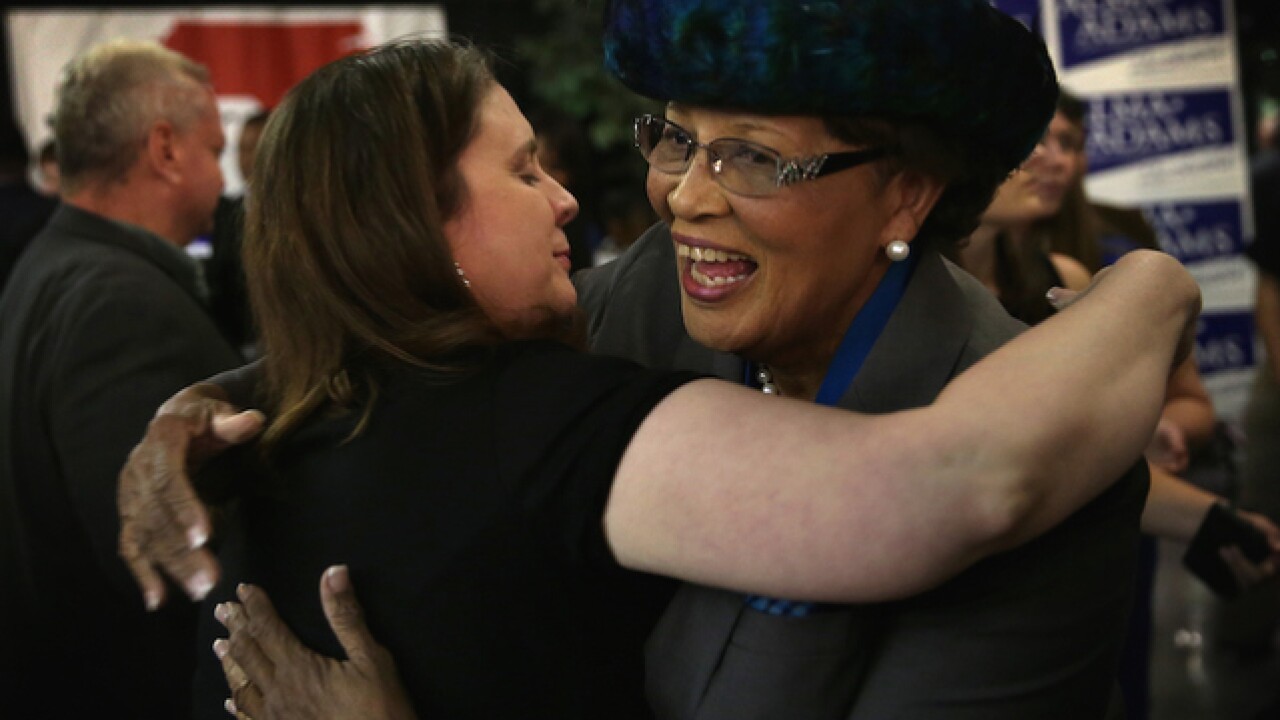 Photo by Alex Wong/Getty Images
&lt;p&gt; Democratic U.S. House of Representatives Alma Adams (D-NC) (R) is hugged by a supporter after learning of her victory during an election night party for Sen. Kay Hagan November 4, 2014 in Greensboro, North Carolina &lt;/p&gt;

With the swearing in of Alma Adams, D-NC, on November 6, there are now 100 women in Congress. It’s the triple digits, a century club. And come January that number could shoot up to a whopping 105. It’s a big moment for women who have historically inched up the ranks in politics. But it’s not much to brag about.

“In terms of relative gains, it was a pretty crumby election cycle.” said Jennifer Lawless, a government professor at American University. “Sure breaking into triple digits represents a symbolic accomplishment but we were at 99 before.”

Women make up just 20 percent of Congress --a pretty far cry from the distribution of women in the overall workforce: almost 47 percent.

There are many reasons why there aren’t more women in Congress. For one, the Republican Party’s overwhelming success in the midterms.

“Because we continue to see more Democratic than Republican women running, years like this one when Republicans do well don’t yield major gains for women,” Debbie Walsh, director of the Center for American Women and Politics at Rutgers University, said in a statement. “While Republicans won big across the country, women remain seriously underrepresented among GOP officeholders.”

Another reason why women are only making small gains in politics, in both political parties, is a relative lack of interest in running.

In 2012 there were 334 female candidates who signed up to run in primaries, according to data from the Center for American Women and Politics at Rutgers University. This year, there were just 277-- a 17 percent decrease.

The Brookings Institution recently released report co-authored by Lawless found that the road ahead for female politicians is pretty bleak.

“They are not running for office,” said Lawless. “Study after study has found that when women run they are just as likely to win elections and fundraise and the media responds to them in the same way. The biggest impediment is we just don’t have that many candidates.”

The reason for this, she found, are numerous. Women either have less political ambitions, are intimidated by the process, or have more self-doubt.

“Women with the same credentials as men don’t self-assess that way and are more likely to be held back by their self-doubts,” said Lawless. “A man who self-assesses as unqualified, is more likely to still run.”

That perception does not bode well for either party—especially Republicans, as Washington Post Reporter Aaron Blake notes:

“The idea that the party that is already so reliant upon white voters is also increasingly reliant on men—and has far fewer women members of Congress than Democrats—isn’t a helpful image as Republicans try to expand their brand.”

Midterm losses this year for both Democrats and, in turn, the majority of new women candidates running, suggest an uneasy road ahead for women. Coupled with the slow pace of recruitment from both parties, and it seems the number of females in Congress won’t skyrocket anytime soon.

“We’re not going to see bigger strides until there’s a systematic effort to recruit more female candidates,” said Lawless, “We might see an uptick of one two or three each election cycle—but there’s nothing to suggest that that’s a top priority for either party.”