Just in time: A distraction of Olympian proportion

We need relief from Trump and Clinton 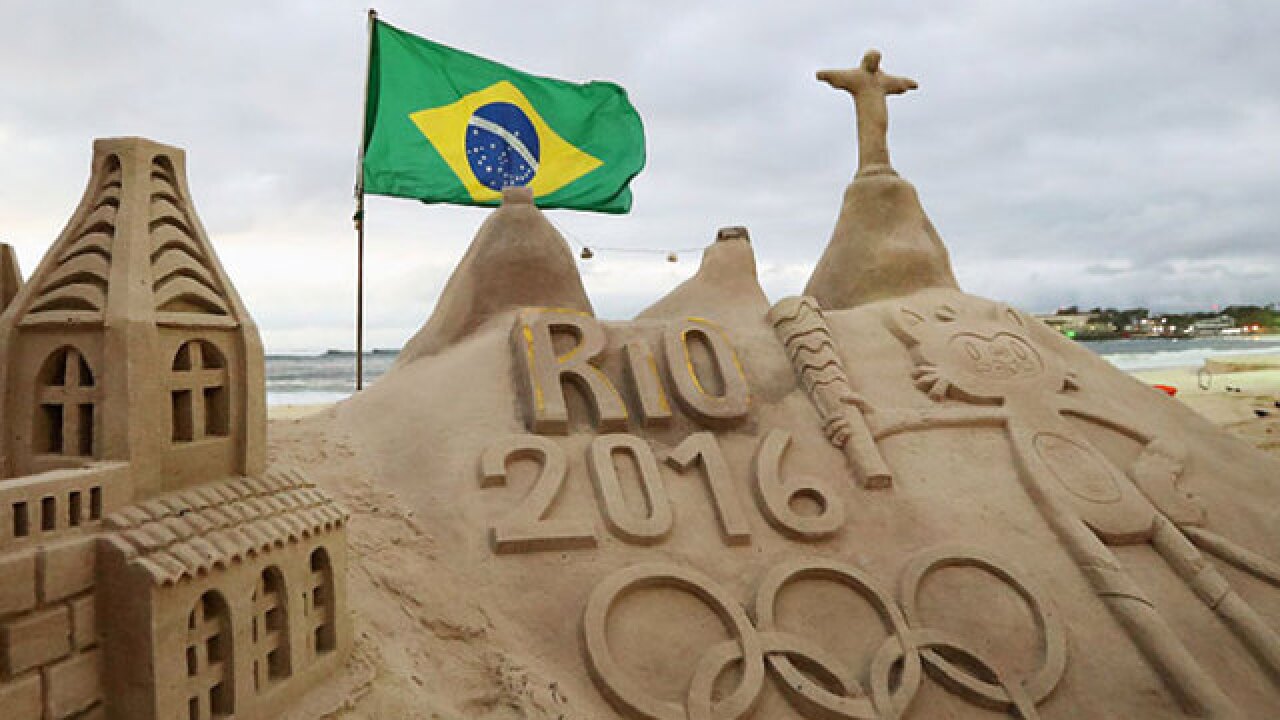 Thank God for the Summer Olympics. They have never come at a better time.

What could possibly be a better prescription for our tired, election-fried nation than spending a couple weeks obsessed with beach volleyball, badminton, pole vaulting and the modern pentathlon? Absolutely nothing. If I could spend all two weeks doing nothing but watching Olympic sports, I would.

The Olympics this year are a heaven-sent opportunity to indulge in distraction and moral uplift – so indulge. We need to get some of each desperately.

We are a media-soaked peoples now, with our big screens on the wall and tiny screens in our paws. Personally, I think that will drive our species to robotic despondence in a few short decades, but that’s another story and my problem. Right now, we are drowning from the multimedia hose of this dreadful, demoralizing and infinite election. We deserve a break today and the easiest way to get it is to massively change the channel.

What would happen if we, the voters, took our eyes off this two-year marketing marathon for two weeks? Nothing. If a tree falls in a forest and no one hears it, it still falls. Or something like that. Whatever.

Maybe Donald Trump will do something way crazier or offensive than he’s ever done before. That’s very possible, but so what? It’s hard to imagine what’s left for him to do that would convince his opponents that he’s sane, decent and fit for office or convince his ardent backers that he’s insane, indecent and unfit for office. And if he does pull off something so mega-yuuuge, we’ll have plenty time to ponder it after the last gold medal is awarded.

Maybe Trump will drop out – take his toys and go back to his Tower. Then the 168 members of the Republican National Committee will meet somewhere and pick a new nominee. Maybe it will be Paul Ryan or Mitt Romney or even Vladimir Putin, Trump’s choice. Whatever. You can read about it during breaks in women’s gymnastics and still have more than two months to ponder your vote.

Maybe Trump’s opposition research team or Russian hackers will unearth some angle to a Hillary Clinton scandal that 25 years of digging has missed. Maybe her “untrustworthy” rating will actually exceed 100 percent. Maybe she’ll crash in the polls and retreat to a spa for a month. Whatever. We the voters will still have weeks and weeks and tweets and tweets to sort it all out, after the Olympic closing ceremony.

But most likely, nothing truly consequential happens, the whole political-warming climate will cool down and the air will freshen a tad and this whole calamity will feel less calamitous – for a blessed while at least.

This campaign has been the opposite of uplifting.

What better tonic could there be than rooting for someone or some team with crazy, silly abandon for a couple days? Especially if you get into it almost randomly, with no prior attachment and so little risk of heartbreak when they don’t medal.

The randomness is part of the fun. My planned random interest this year is going to be men’s crew. I am going to pull for the Americans in the men’s pair, but I intend to become a maven on the pairs from New Zealand and Slovenia.

I intend to judge and award points on every gymnastic and diving event, men’s and women’s, and become irate when inexperienced, nationalistic judges disagree with my objective, expert judgments.

I vow to renounce my life-long commitment to mocking and besmirching every single corny, “up close and personal profile.” I will be uplifted by every Bulgarian weightlifter and totally in sync with every synchronized swimmer.

If I knew how to change my ringtone – I think that’s what it’s called – to the Olympic theme song, I would.

I hope the television ratings for the Olympics set new records, too. I hope the cable news ratings and news web sites’ traffic plummets to glorious lows. I hope Hillary Clinton and Donald Trump disappear from human consciousness for a couple weeks, replaced by fencing, table tennis and women’s kayaking.

I will be uplifted, damn it.