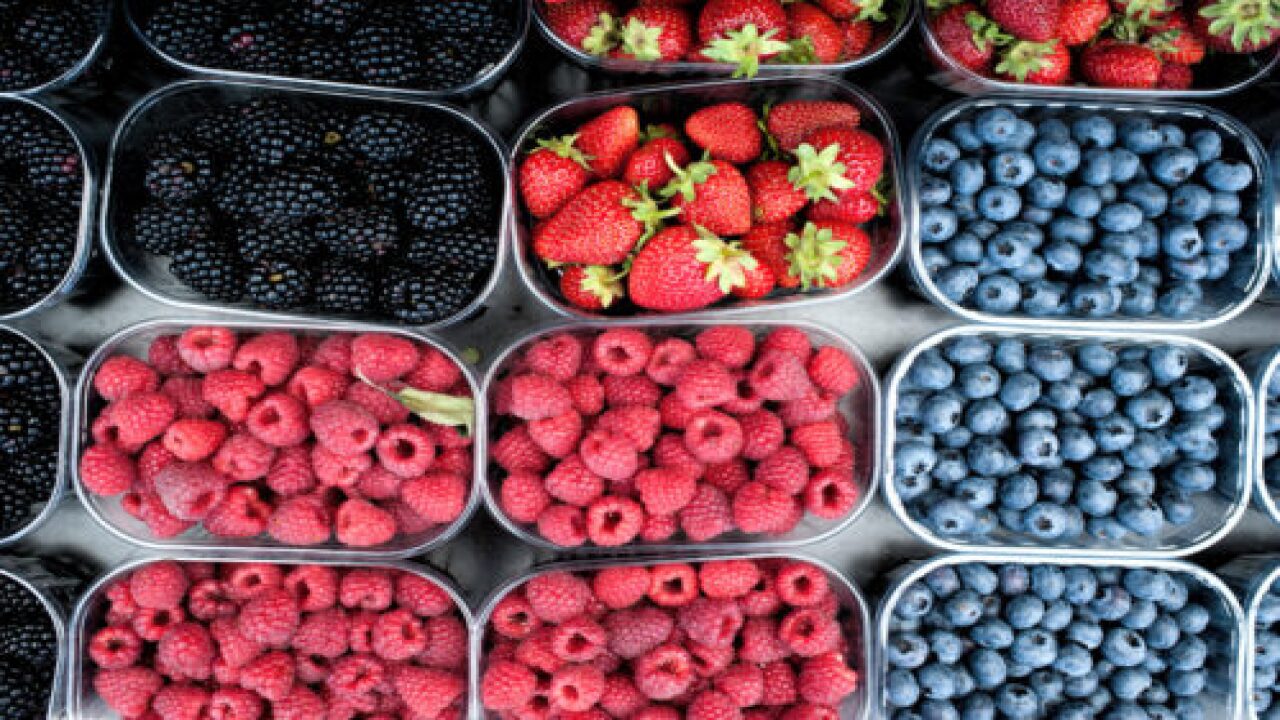 Berries aren’t just sweet, juicy and delicious. Strawberries, blueberries and other berries are also low on the glycemic index, high in fiber and loaded with vitamins, antioxidants and anti-inflammatory properties. But if you bring home a load of fresh, bright berries and don’t eat them right away, you might be disappointed to find them turning dark and covered with mold.

As soon as you buy a basket of berries, using the best methods to store them will allow you to enjoy them much longer.

When To Wash Berries

Strawberries and blueberries often test high in pesticide residue (if you’re buying conventional rather than organic) and can be some of the dirtiest produce you bring home, so you’ll definitely want to wash them before you eat them.

Experts generally agree that waiting to wash produce until just before you use it is best. That’s especially true for delicate berries such as raspberries and blueberries. Their thin, porous skin lets these berries take on moisture easily, which causes them to spoil quickly.

If you want to wash strawberries ahead of time, they can hold up a bit better to storage after washing — but only if you wash them using a particular method and then dry them thoroughly, according to The Kitchn.

Several food-focused publications have sought out answers to questions about washing our produce.

Cook’s Illustrated experimented to determine the most effective way to remove bacteria from fruits and vegetables by testing four different methods — using antibacterial soap (not recommended), washing with diluted vinegar, scrubbing with a brush and rinsing with clean water — on apples and pears.

They discovered that while rinsing in water worked well, the vinegar mixture (one part white vinegar, three parts water) was a clear winner for eliminating bacteria from the fruit.

The Kitchn embarked on a different experiment, testing seven different methods of cleaning and storing strawberries to find the best way to get strawberries to last in the fridge. It turns out that their winning method also involved a vinegar-and-water wash ahead of storage.

It might sound like the latest TikTok dance trend, but it’s actually the best way to clean your berries before storing them. Fill a bowl with three parts water and one part vinegar. Dunk the berries into the mixture and swirl them around to get them clean.

Helen Gurrera, president of New York’s Citarella gourmet markets, suggests placing them in a colander in a bigger bowl filled with a vinegar-and-water mix. This makes it easier to dip the fruit and swirl it around, which is important because you’ll want to avoid letting berries sit in the vinegar water.

“The soaking is going to get the vinegar flavor in that porous skin,” Gurrera told Rachael Ray.

Based on their experiment, The Kitchn recommends drying them by placing the strawberries in a salad spinner lined with paper towels, then giving them a good whirl.

It might be tempting to put them back in their original container, but The Kitchn recommends storing them in a loosely covered, paper towel-lined container to avoid trapping moisture that could lead to mold.

This method — vinegar bath, drying in the salad spinner and loosely covered storage —was the winner of The Kitchn’s longevity test for strawberries. They had some other great takeaways, including that moisture is the fruit’s biggest enemy. If you’ve thrown out fresh berries gone bad (haven’t we all?), you’ll want to read their full experiment — especially because odds are good that you’re already using one of the methods they tested.

Meanwhile, if you are pressed for time and can’t muster the vinegar wash and salad spinner method, just getting rid of any berries on the verge of going bad before storing them right in their original container in the fridge works almost as well, they found — no extra work needed.