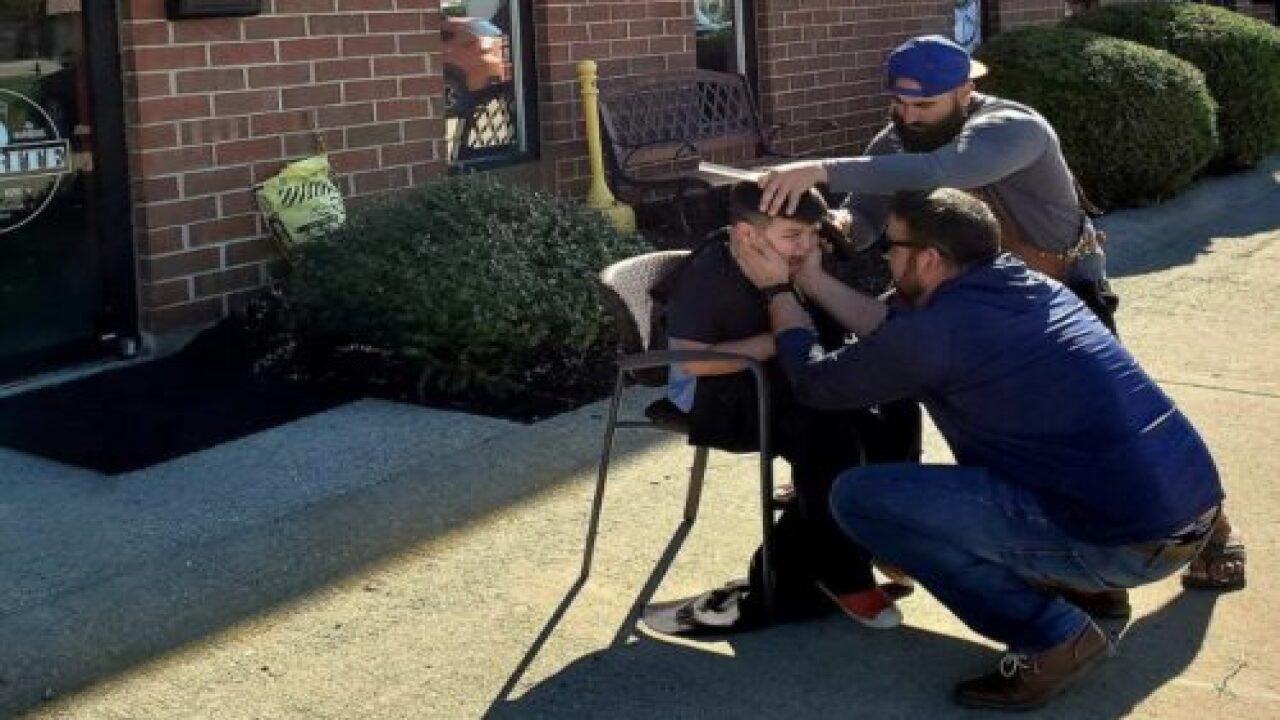 Sometimes, the smallest of gestures can have a huge impact. The story of Marco Conti, the barber who moved a chair outside his shop for a child, has gone viral for all the right reasons.

Conti’s client was 7-year-old Brycen Juby, who was diagnosed with autism and apraxia of speech when he was age 2, and was nonverbal until he was age 5. His mom, Ashley Juby, told Yahoo Lifestyle how difficult haircuts were for Brycen. After “screaming meltdowns” at barbershops, his dad, Joe, started cutting Brycen’s hair, but he “would still melt down every time.”

When Brycen began to tolerate haircuts at home, his parents decided to try taking him to a barbershop again. They contacted Conti’s Markey Fresh Barbershop in Mentor, Ohio, and asked if Brycen could get a haircut after-hours. Conti, co-owner of the shop, was happy to help — and went one step further when it was clear that the young boy still found the whole experience very emotional.

Noticing that his young client was calmer outisde the shop, Conti asked Brycen if it would be OK if he cut his hair outside, and Brycen agreed. So they moved a chair onto the sidewalk and, with Joe cradling his son’s face, Conti got started. The moment was captured in a photo Marky Fresh shared on their Facebook page, along with a link to Fox 8 Cleveland’s story about the barbershop’s efforts to help Brycen be more comfortable for his haircut:

“I feel that it is our duty to open our hearts and to accommodate everyone as best as we can with whatever resources we have available with action over intention,” Conti told Yahoo. “I just wanted him to feel loved and comfortable and safe and that there was nothing to fear.”

“There are kind, patient, understanding people out there,” Ashley added. “Marco was ready for however the situation would turn out.”

It’s common for people with autism to find getting haircuts a challenge as it can lead to sensory issues and/or anxiety over what will happen during the process, says Autism Speaks.

For Brycen, the result of his outdoor haircut experience has been captured in a very special photoshoot: his first picture day at public school. “This is a new start for Brycen, being at the public school,” Ashley told Yahoo. “He has worked so hard to be in a bigger school and was so ready.”

As for Conti, he hopes the experience with Brycen gives other parents of kids with autism hope. “This has opened doors for those parents that were silent and those that just didn’t know that we are more than willing to help,” he said.