Arizona police agency modeling the way to police with compassion 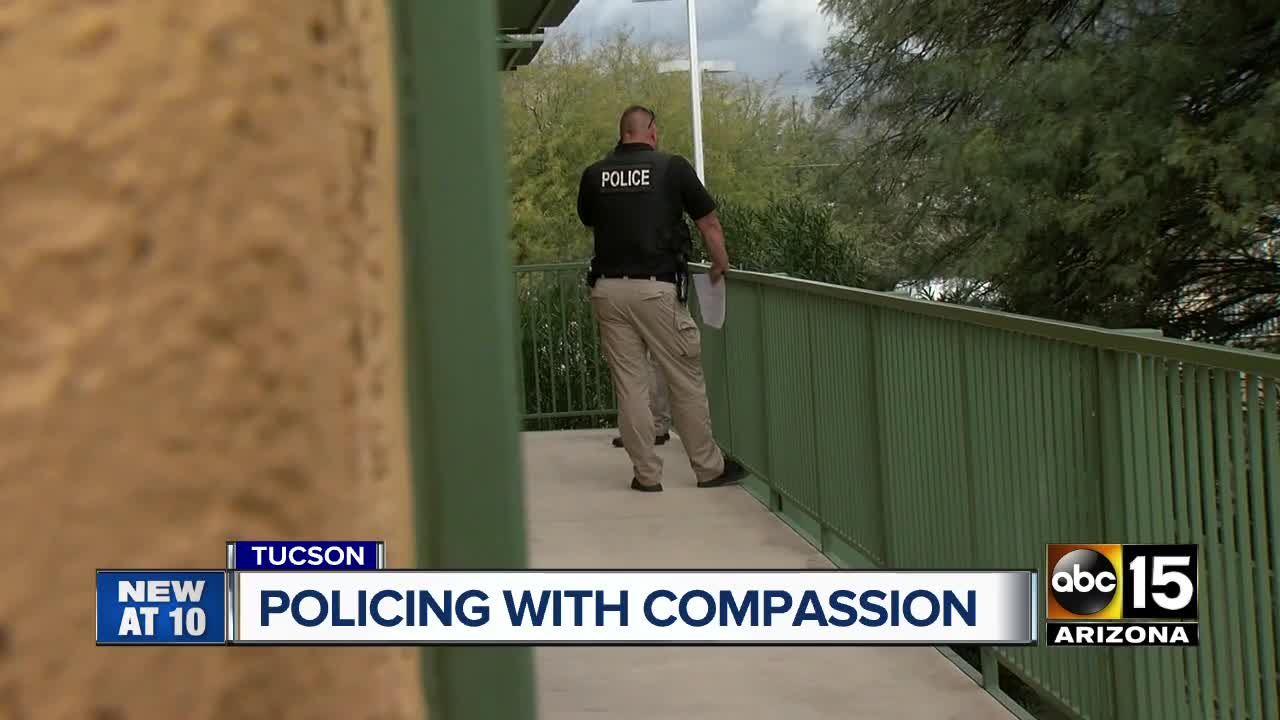 Many law enforcement agencies are working to build relationships and gain the trust of people in their communities. 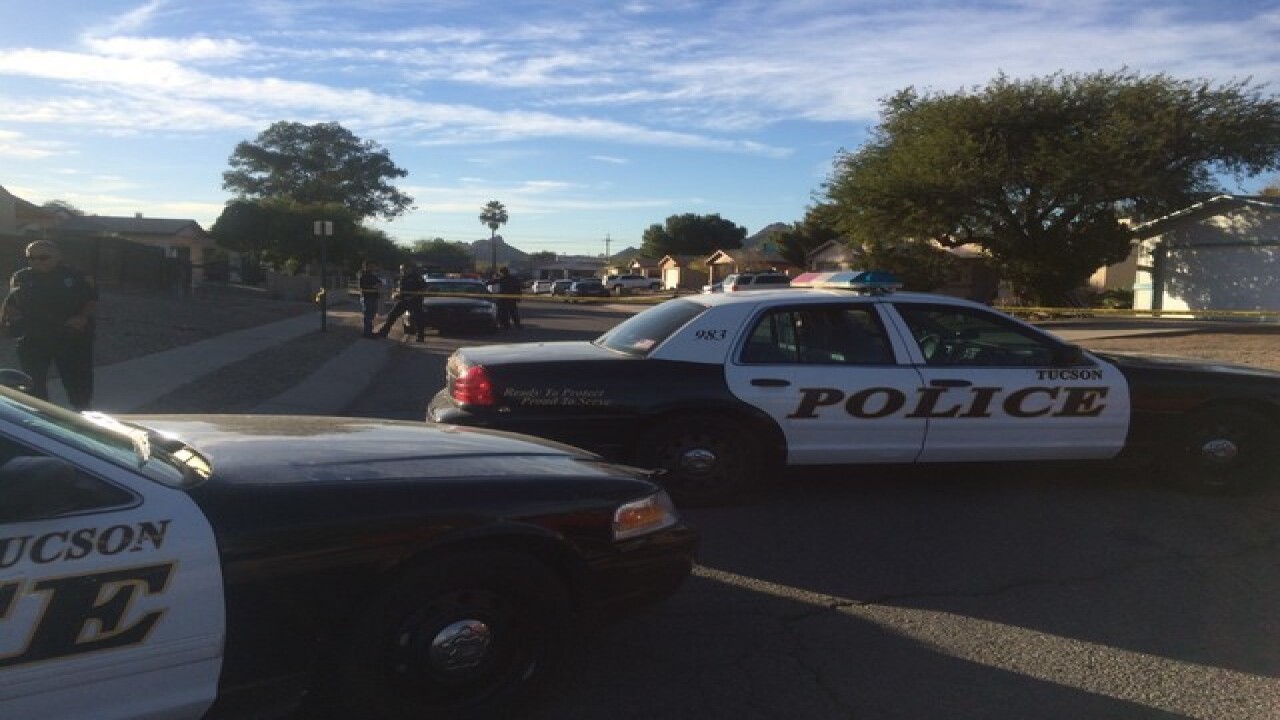 TUCSON, AZ — Many law enforcement agencies are working to build relationships and gain the trust of people in their communities.

One Arizona agency is doing its best to lead the way, and what they're doing is getting nationwide attention for the groundbreaking results they have achieved.

The Tucson Police Department's mental health support team has become a big role model for the nation in terms of how to deal with some of the most sensitive calls an officer will face -- those involving the mentally ill or addicts.

Tucson police officer Darrell Hussman says they can be the most unpredictable calls that get out of control quickly.

"Every one of them has the possibility of turning dangerous," said Hussman.

Officers who respond to these calls have put in many hours of training. They typically wear plain clothes and travel in unmarked vehicles. All part of a strategy to de-escalate situations from the moment they arrive on the scene.

Police say more than a third of the calls officers respond to involve someone suffering from a mental health or addiction disorder.

Hussman, who worked as a patrol officer before the formation of the mental health support unit, remembers responding to many of those calls with no training. Another challenge officers in many departments face is the lack of time to spend to de-escalate situations.

With officers going from call to call, the mental health support team officers operate differently. They don't have to wrap it up or rush to another call quickly. They know that these are situations that could take a lot of time to diffuse.

"In the past, the way we dealt with people with mental health crisis was really, just take them to jail," said Hussman.

He added that officers knew what many of these people needed was counseling and medication or treatment, not punishment.

That is where compassion comes in.

"With someone that is having a mental health crisis, they may not be seeing the same reality we are," said Hussman.

A big chunk of the work handled by the mental health support team was to serve mental health court orders, which were basically orders from a judge ordering a person to get treatment after an incident. ABC15 investigators went on the road with the unit to get a first-hand look at how officers are handling these calls.

On that day, police had orders to check up on a woman who had been flagged by her counselor for having missed an appointment. That meant she could be off her medication. Police explained they had experienced problems with the woman lashing out in her community in the past due to her mental health issues.

Police were able to contact her husband in the parking lot. Her husband advised police that he had been unable to take his wife to the hospital. Officers offered to give her a ride if she was ready.

They gave the woman some time to get ready, then drove her in their unmarked police vehicle to the area's Crisis Response Center where medical professionals would then take over her care.

While helping her get into the car, we watched as Officer Hussman helped her with her seatbelt, then tell her to let them know if she was too cold or too hot in the car.

For officers in Tucson, this was more than a job. Hussman called it a personal mission -- one that started eight years ago, when Jared Loughner opened fire in a strip mall, leaving six people dead and 13 others injured. One of those injured was Arizona Congresswoman Gabrielle Giffords.

Police quickly learned that Loughner was someone who had already been on law enforcement's radar. Officers and deputies had dealt with him before, but back then there was no mental health support unit.

The mass shooting changed life for many people in Tucson. Shortly after the shooting, Pima County voters approved a bond to build a Crisis Response Center which became an emergency room for those who suffered from mental illness.

Law enforcement agencies have been working closely with health and behavioral counselors to end the stigma surrounding mental healthcare and encourage family members and individuals to seek help.

Part of all that also resulted in Pima County and Tucson training many of their officers on how to deal with those suffering from a mental illness. The officers in the unit say they take their time with these calls.

"Time is on your side" has been one of their mottos. More than talking, they are listening to the person who needs help.

Then, Hussman said, they became salesmen. Officers were trained in how to encourage people to seek help on their own, or with no assistance from police.

This resulted in a significant decrease in the SWAT team coming out to tackle negotiations like these. Public documents ABC15 has obtained show many success stories within the Tucson Police department.

The report states that in one case, Tucson police officers were able to get a Marine veteran into treatment after he threatened to shoot people in a public library. Police discovered the veteran suffered from a severe case of PTSD and got him into counseling.

In another case, the report states police stepped in to help a woman who was already stocking up on guns and had threatened to go on a "killing spree" at her former place of work. The woman had just lost her job. Police were able to talk to the woman and get her into treatment for bipolar disorder.

"Let's try and get these people to help and prevent them from going to jail at all," said Hussman.

While that was one big goal accomplished, the bigger one he did not mention, was that they might have prevented other potential mass shootings from taking place in Arizona.