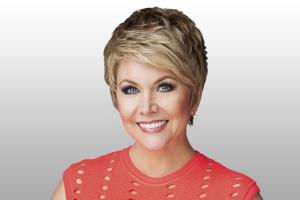 Terri Ouellette is a host for Sonoran Living on ABC15.

She is a native Phoenician that has been entertaining and educating viewers for over 15 years.

A resident and contributor to her community, "Terri O" has perfected the category of "infotainment". After starting her career in morning news, Terri moved to lifestyle television hosting shows including Home with Terri O, On the Go with Terri O and Super Simple with Terri O before joining Sonoran Living in August 2012.

Terri has been awarded two Emmy's for hosting and producing. She has also written the book "Easy Embellishing with Terri O". Through the years, Terri has remained of one of the Valley's most respected and well-known celebrities.

Besides sharing her passion for creativity, Terri also has a passion for helping people learn how to live life to the fullest. Terri believes that life is complicated enough, so she is constantly seeking tips, ideas, people and business to make our lives just a little bit easier.

Terri O has been married to her husband Ray for 30 years. They have two sons, two dogs and they love to explore the outdoors.