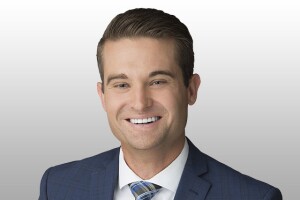 John Patrick joined the ABC15 team in early November 2017 and couldn’t be happier to be back in Phoenix delivering the weather.

Born and raised in Phoenix, he graduated from North Canyon High School and went on to earn his degree in Geographical Sciences – Meteorology/Climatology from Arizona State University.

John started his career in Yuma, but before returning home he was the weekend meteorologist down the road in Tucson for the last six years. Having covered every corner of Arizona from damaging monsoon microbursts to deadly flash floods, he knows how dynamic the desert weather can be. On top of forecasting the weather, he has also reported on deep-rooted Arizona issues from times of extreme drought to water shortages.

John enjoys spending his days off with his wife and son doing anything outdoors. One of his favorite spots in Arizona is the small mountain town of Crown King, where he grew up going to his family’s cabin.