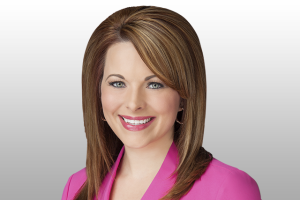 She anchors weather nightly on ABC15 newscasts and continually updates the most accurate Valley forecast on ABC15.com and ABC15 Mobile.

Amber joined the ABC15 team in September 2009, but has spent her entire life in the beautiful Southwest.

Born and raised in Phoenix, she had a love for the monsoon from a young age, which led her to pursue a career in Meteorology.

She attended the University of Arizona in Tucson and earned a Bachelor’s of Science degree in Atmospheric Science with a double minor in Math and Journalism.

Amber worked at the National Weather Service while attending the U of A and has stayed connected to her alma mater by currently serving on the advisory board for the Hydrology and Atmospheric Science Department.

She started her television career at KVIA-TV in El Paso, Texas.

Amber was honored with two back-to-back Texas Associated Press Broadcasters Awards there for Best Weathercasts in 2007 and 2008. She was also recognized again at the Texas Legislature for these awards in May of 2009 when a house resolution was passed in her honor.

In the summer of 2011, Amber was called on to go to New York and fill-in on Good Morning America where she covered the biggest heat wave of the year across the east coast. She has filled in on GMA several times since.

When she's not working hard forecasting the weather, Amber enjoys spending time with her husband, two children and her long-haired miniature dachshunds, Willis and Lilly.