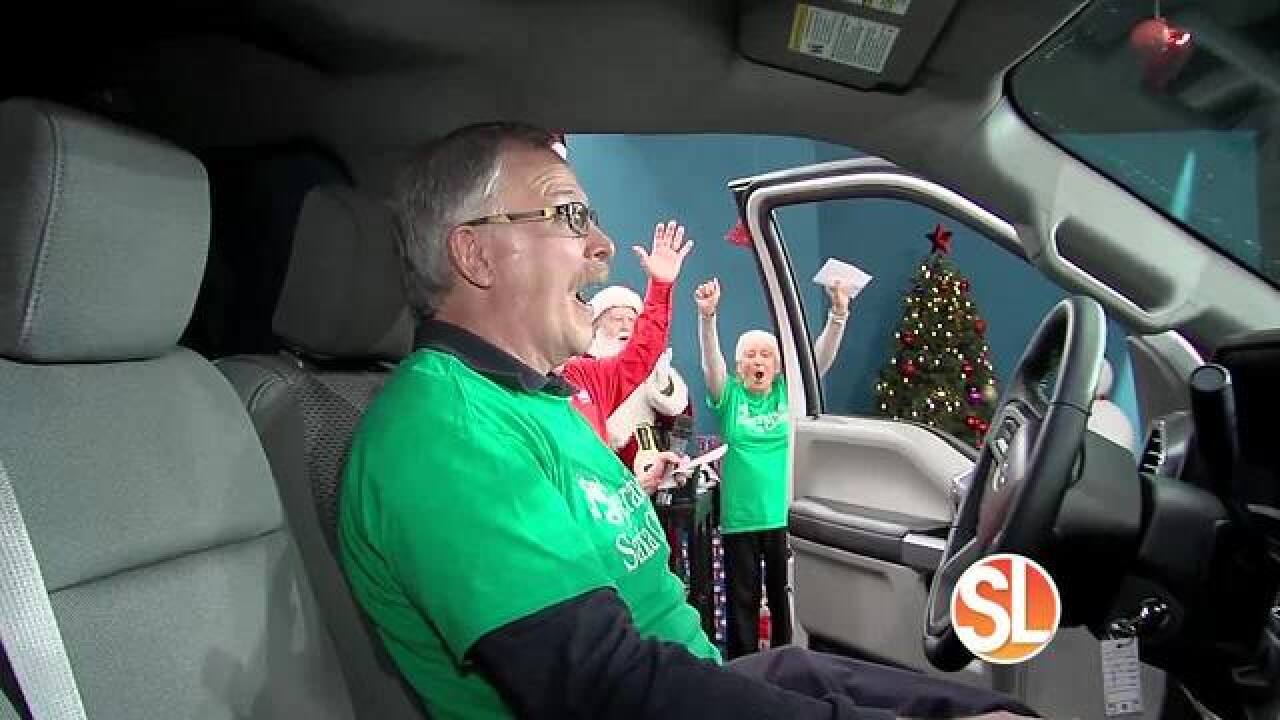 **Thank you Arizona! You can still DONATE ONLINE: givetotheclaus.com**

The 16th annual Operation Santa Claus was a major success at ABC15 thanks to YOU! We raised $1,103,124 for Arizona charities.

Operation Santa Claus is an Arizona tradition and partnership between ABC15 and Sanderson Ford to collect food, toys, clothes and monetary donations for Arizona charities. Arizona radio stations also promote and participate in the fundraiser on their stations.

Operation Santa Claus ran through Dec. 20, and culminateed the following day with a “human chain” of volunteers who help deliver all the collected goods to Arizona families in need.

People also could also make online donations anytime throughout the campaign at givetotheclaus.com.

Everyone who donated to Operation Santa Claus was entered to win a brand-new car! 2017 Ford F150 Supercrew or 2018 Lincoln MKC from Sanderson Ford.

See video of the winner above!