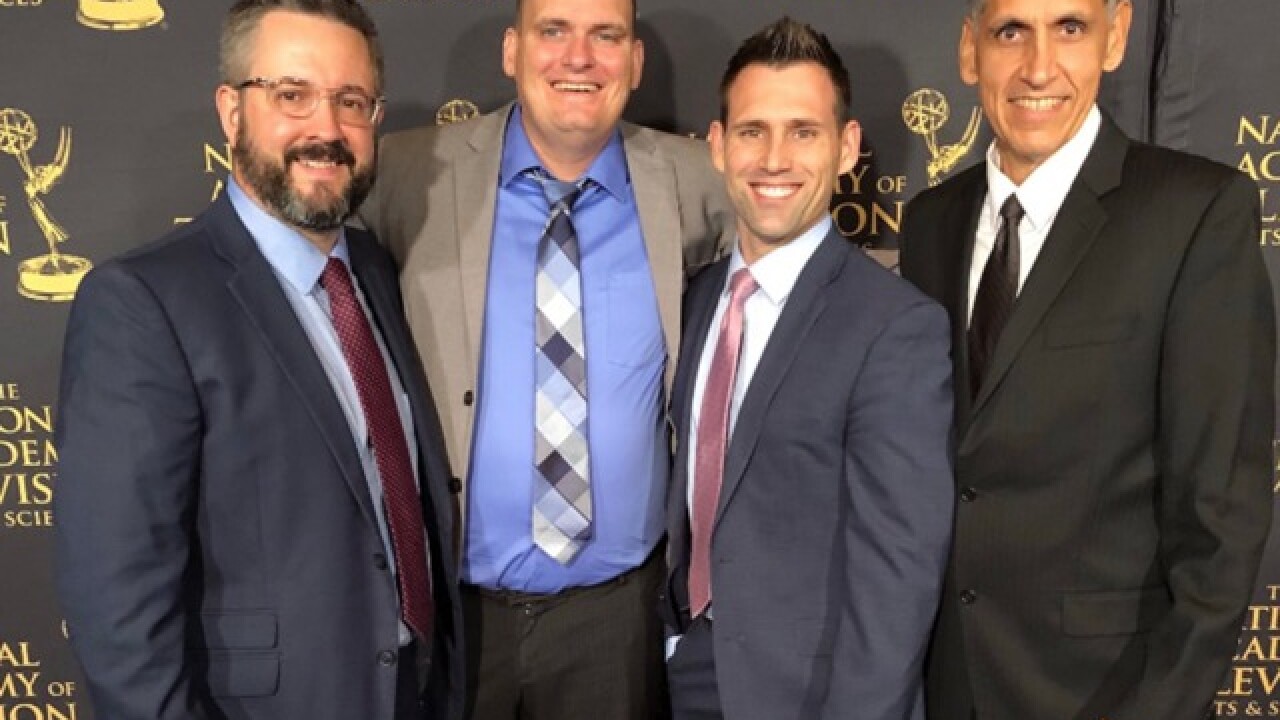 ABC15 has been honored with a National Emmy Award.

ABC15 won for its “Cash for Compliance” series of reports, which uncovered a self-described “advocacy” group collecting millions by exploiting the Americans with Disabilities Act. The ABC15 team’s dogged reporting uncovered that the group had filed more than 1,700 lawsuits in just six months against small Arizona businesses for their own profit.

The reporting in this investigative series reached the attention of state officials, prompting the Arizona Attorney General to take legal action against the group for its “improper” lawsuits that led to the indefinite suspension of the lead attorney's law license.

“For the third time in five years, ABC15 has won a National Emmy Award for the investigative journalism produced by the ABC15 investigative team,” said Brian Lawlor, Scripps’ president of Local Media. “The station’s commitment to ask the hard questions and affect change that benefits the citizens of Arizona is unparalleled. The incredible journalism at ABC15 has resulted in a more fair community that protects the rights of Americans with disabilities. We are incredibly proud of the dedication our stations have to investigative reporting in their communities across the country, and this is a shining example of that relentless commitment.”

Emmys were presented in 49 categories. The ABC15 investigative team, including Dave Biscobing, Chad Lindstrom, Shawn Martin and Gerard Watson, had received two nominations in the category: “Cash for Compliance” and “Impostor Doctors.” There were only 11 regional reporting nominations nationwide in two categories.

The ABC15 team won a National Emmy Award in 2016 for its investigative reporting for its “Arizona Dental Dangers” series.

Its “Cash for Compliance” series was also honored with a 2018 Alfred I. DuPont-Columbia Award and a 2016 IRE Award.