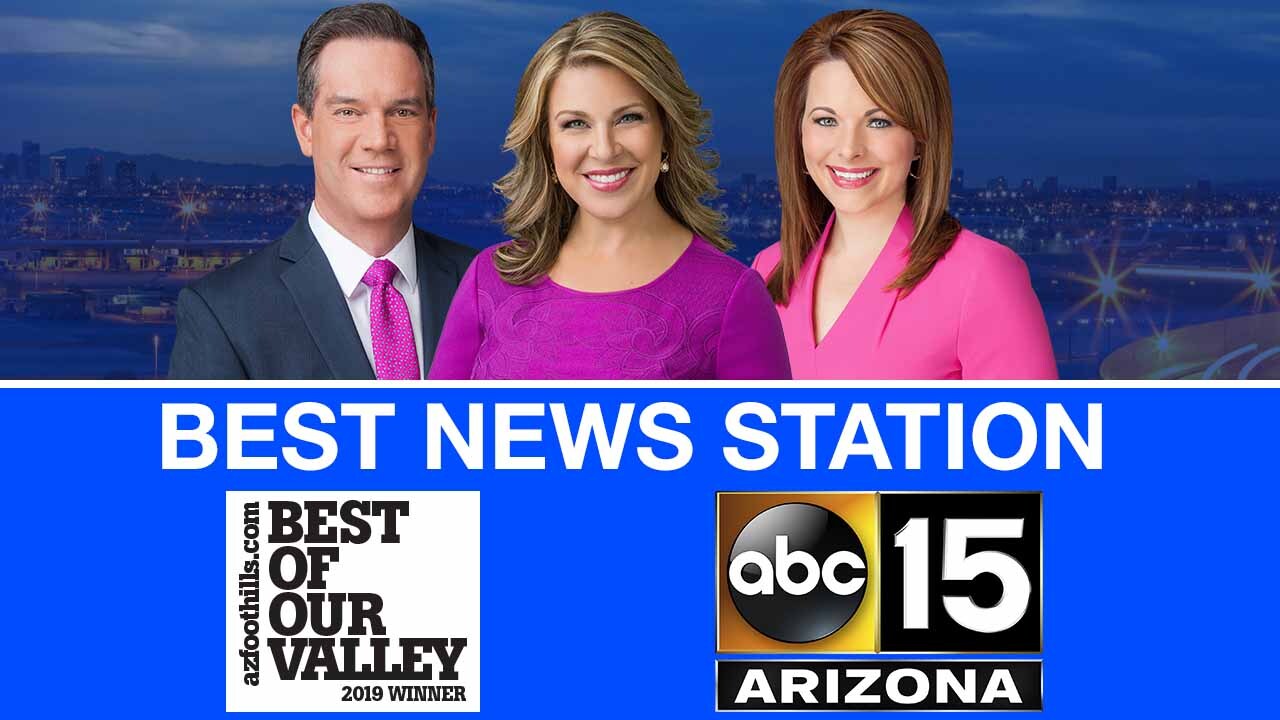 ABC15 is honored to announce that thanks to our loyal viewers we have received multiple "Best Of"awards from Arizona Foothills Magazine. These categories were voted upon as the top picks for Media in the Valley.