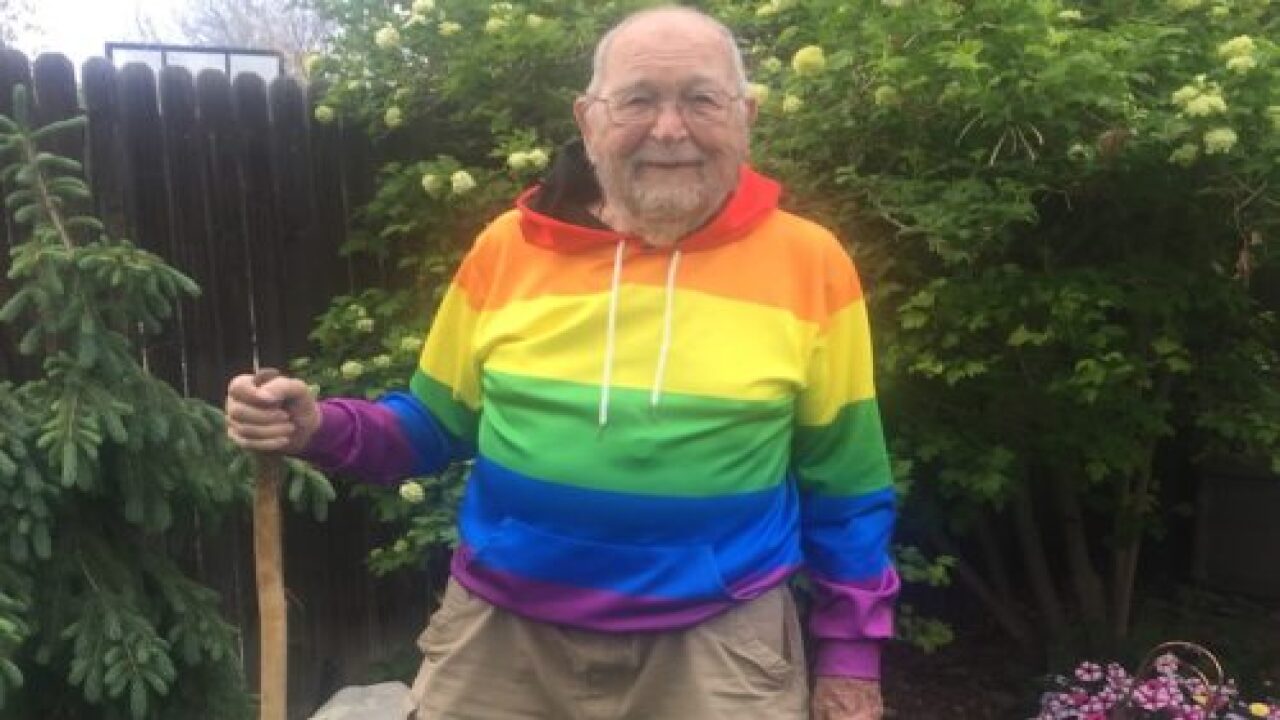 It’s never too late to live your truth. Kenneth Felts proved that when he came out as gay in a recent Facebook post that he wrote at the age of 90.

The Colorado resident had been in the closet and pretending to be straight to those who knew him for most of his life. After working on his autobiography during quarantine, he realized it was time to tell his friends and family the truth.

In a June 5 post, Felts publicly declared himself finally “free” after feeling forced to lead a double life:

“As an adolescent pre-teen, having discovered my affinity to persons of the same sex, I immediately wondered what to do with this new-found knowledge of myself,” he wrote. “As a young man, I had already learned that being gay was not acceptable in my culture, in my religion. However, I could not ignore or reveal this shocking revelation to my social circle so I hid it in with my ‘self.'”

Felts went on to explain that he spent the rest of his life attempting to conceal his sexuality and went to great lengths to keep up the appearance of being heterosexual. He said he used to worry about the movies he watched, the books he read, the clothing he wore and the people he befriended, in fear that people would “perceive” him as gay.

“Coming out means that this thought process is no longer necessary to preserve my closet resident,” he wrote. “I am now free to do all those big and little things that I always wanted to do without consulting my inner-self to receive permission, like a child begging his or her parent for a concession.”

A couple weeks after writing his post, Felts updated his Facebook profile photo to show himself in a rainbow-colored hoodie with a matching photo frame, in celebration of Pride Month:

Felts was inspired to come out after telling his daughter, Rebecca Mayes, about a love affair he had in the 1950s with a man named Philip Jones. He searched in vain to find him over the years and recently learned that Philip passed away two years ago.

On June 25, he shared an old photo of Jones and called him the “love of my life”:

While Felts was heartbroken to learn of his former lover’s death, he said he’s been overwhelmed with the outpouring of support he’s received since coming out and telling his story.

“I have had so much support and love,” Felts told The Washington Post. “I didn’t realize how much this secret ruled my life until I finally came out.”

While it may have taken him until his ninth decade of life to give himself the freedom to live openly, Felts is hopeful that his experience will give others the courage they need to do the same.

“I’ve had several people say they were on the verge of making this decision, and my story has helped them,” he told “Good Morning America.” “I just hope people understand they’ll be accepted and it’ll be much more positive than they might assume. Certainly, that was the case for me.”