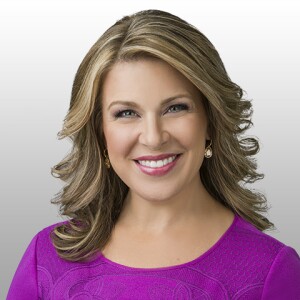 ALPINE, AZ — It's been one decade since a beast of a fire ripped through Arizona.

RELATED: Wallow Fire remains largest wildfire in Arizona history, another busy season could be ahead

The Wallow Fire would go on to become the largest fire in Arizona's history, chewing through homes and land in its path from May 29 until its containment on July 8.

Its smoke could be seen from space.

"So on that landscape, there's basically there's 17 different kinds of forests," Randy Fuller tells me.

He says the re-growth in some spots was immediate.

"I was out there two weeks after the fire and it's just a lush carpet. It was just immediate response in the grassland. Very impressive," he says.

But in other places, the forest needs a little more help.

Even before they replant the trees, they harvest the seeds with meticulous care.

"We have braces, with three-inch spikes on it, and we'll spike up the tree, into the canopy, and grab the cones and put them in a bag," she explains, saying the elevated efforts are deeply rewarding.

"Just to be able to put the trees back, and you know, it's like, 'Wow, we planted those. And this is going to be here for 150 years more for other people to enjoy.'"

But a short drive away and the story is not the same.

A lot of what's left looks like countless toothpicks. And you'll often hear people like Justin Gabler talk of a "stand replacing" fire.

"So a stand replacing fire is when the fire moves up into the canopy and the whole tree, over a large landscape...just completely kills most, if not all the trees in that area," he explains.

A fire so hot it could melt steel, delays any dreams for the once-vibrant soil.

But if you look close, you can also see hope.

"Aspen is coming back really, really strong. They're all now 10 years old. So, they're about 15-feet tall, couple of inches around," Fuller describes.

As the eco-system recovers, the aspen will live just long enough to let the forest grow back.

"They'll be on the landscape for the next 80 to 120 years. And, they act as shade for the rest of the forest to come up underneath it," Fuller goes on to say.

SAFEGUARDING FOR THE FUTURE

So how do we make sure this size of a fire never happens again?

For a better idea of the Wallow Fire's full impact, see its burn area compared to the size of the Valley in the map below.

Before the Wallow Fire, there were disagreements about how to handle the forest.

"Did some of that controversy go away?" I ask.

"There's still some controversy," Jason Bulter admits. "We're still doing timber management, but it's not the management of the past, you know, clear cuts and things like that."

Instead, the goal is to bring the forest back to where it was historically, when it was resilient.

Butler explains, "...where we could go in and put out fire and not have these catastrophic events that burn 500,000 acres and cost millions in taxpayer dollars."

He admits: at this step, the forest doesn't yet look its best.

He says, the number of trees per acre was so high, the treatment plan is to remove stems and do a prescribed burn.

"Then once you come back, and you see the grass response, then people go, 'Oh, it's beautiful this open!' Then, there's support for it. But the process of getting there is tough," Butler says.

Incredibly, that process can happen right around existing, healthy trees.

He shows us, "this tree is a fire-resistant species. That's the ponderosa pine in there. It's fire-resistant. So, we can burn through here. It won't do anything to this tree. And, it'll reduce the fuels around here and we'll have a nice grass response. You'll see elk, turkey, deer just pile into these units after we burn, because there's so much food."

In our visit to Alpine, we did catch up with a few locals, who told me, they are still not in support of the current forest management.

They declined our offer for an on-camera interview.