'It was crazy': Diamondbacks' JD Martinez dishes on what it's like to be traded midseason 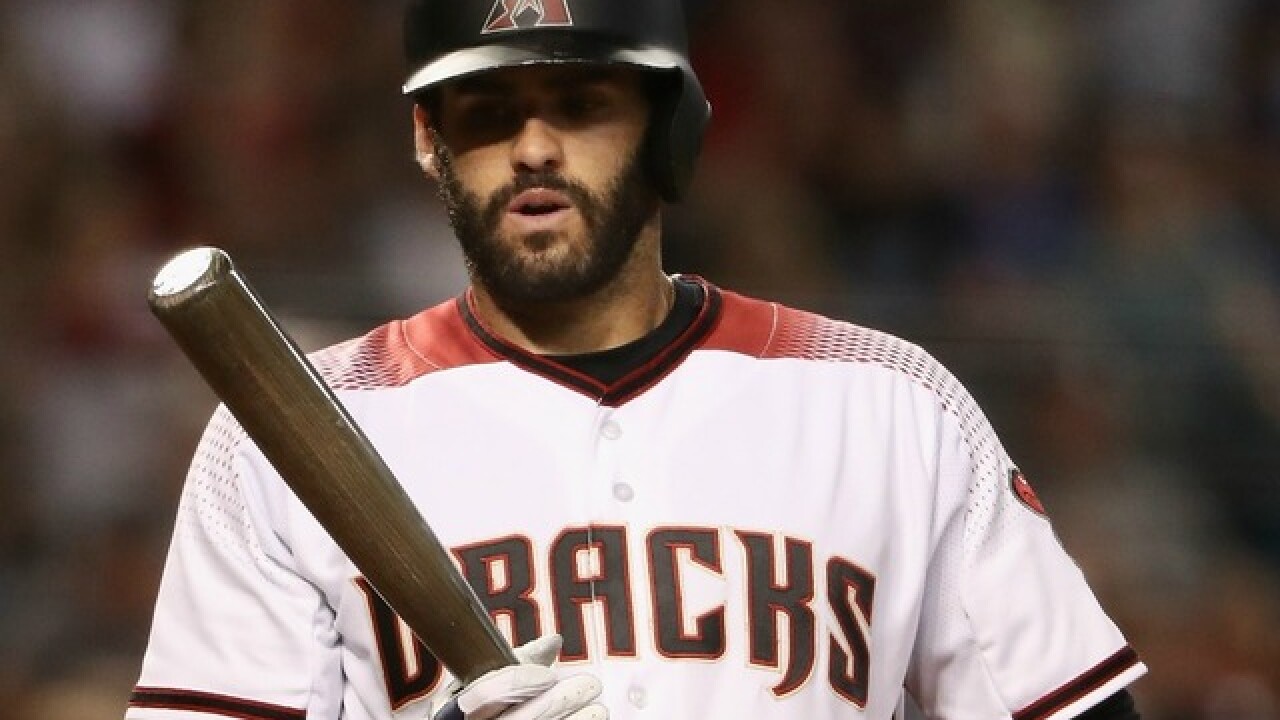 Copyright 2017 Scripps Media, Inc. All rights reserved. This material may not be published, broadcast, rewritten, or redistributed.
Christian Petersen
<p>J.D. Martinez #28 of the Arizona Diamondbacks bats against the Los Angeles Dodgers during the MLB game at Chase Field on August 9, 2017 in Phoenix, Arizona. (Getty Images)</p>

Imagine having to leave your friends, your home and your belongings behind and relocate to a new job in a new city, all in a span of 24 hours.

J.D. Martinez doesn't have to imagine. He lived it last month.

"It was definitely a life-changing experience. It's like, you just have to get up and leave," said Martinez, a hard-hitting outfielder who learned on July 18 that he had been traded from the Detroit Tigers to the Arizona Diamondbacks.

It's no secret why the Diamondbacks wanted to bring Martinez to Arizona. The 30-year-old Miami native has become one of the best all-around hitters in baseball, and he's especially good against left-handed pitchers, which was a weakness for a D-backs team trying to make their first playoff appearance in six years.

But the hours after the trade were a whirlwind for Martinez. He was in Kansas City when the trade was announced, as the Tigers were in the middle of a series with the Royals. On the evening of July 18, he left Kansas City with only a backpack full of belongings and headed for Cincinnati, where he would play in a brand-new uniform the next day.

"It was crazy. It was pretty hard, especially having to worry about all that and then at the same time, I have to worry about a pitcher tonight and who I'm facing, and what's my game plan like," Martinez said. "Most of the time I go to bed and I'm kind of thinking about who I'm facing tomorrow, and my game plan (for) them and stuff like that. It definitely threw a lot more into the loop."

When Martinez and D-backs flew from Cincinnati to Phoenix two days later, Martinez was faced with a whole new set of concerns. After all, he had yet to return to Detroit since he had been traded.

Martinez had to wait until the D-backs had a rare day off to return to his rental home in Detroit and retrieve his belongings -- and once again, he had 24 hours to get it all done.

"I'm over here in Arizona. We've got an off day, I've got to fly back to Detroit, pack everything, fly (back) in, unpack everything, and then wake up and then go the park," he said. "It's very tiring."

In the six weeks since the trade, Martinez has had a chance to settle in to a new rental home in the Valley and, more importantly, refocus his mind. He has completely unpacked his belongings, and he's flourishing in as a member of the D-backs.

He'll be a free agent at the end of the season, so there's a good chance Martinez will relocate again soon. But if he does, it will be at a time and destination of his choosing -- nothing like the head-spinning adventure that was thrust upon him in July.