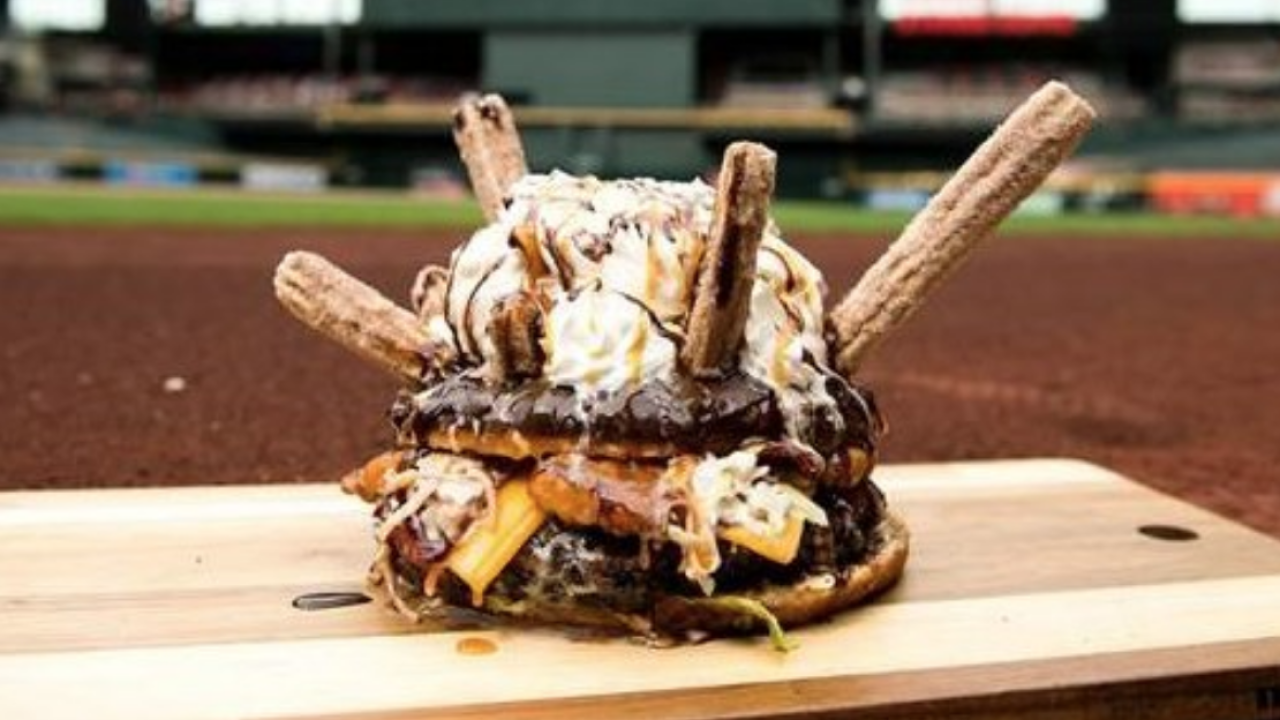 As they do every year, the Arizona Diamondbacks introduced several new extremely tasty and unhealthy food items in time for the 2019 baseball season.

Fortunately (or unfortunately, depending on your point of view), the Churro Burger isn't one of them -- even though one prominent national reporter was convinced it was for a short time Monday.

On Monday, which happens to be April Fools' Day, the D-backs tweeted a photo of a supposed new food item to be offered at Chase Field this season. The Churro Burger, according to the D-backs' Twitter feed, is "1.5 pound bratwurst burger, 4 cheddar slices, 5 strips of bacon, and mac & cheese bites served on a chocolate iced Texas Donut with fried cinnamon sugar churros, vanilla ice cream, and toppings."

Oh you thought the new #DbacksEats were done?

Most Twitter users who came across the post seemed to realize this was an April Fools joke. But not Darren Rovell, a longtime sports business reporter who used to work for ESPN and now works at The Action Network.

Rovell, who has over 2 million Twitter followers, often announces new food items at ballparks and arenas -- and he was initially upset that the D-backs didn't give him advanced notice of the Churro Burger before making the news public.

So, Rovell reached out to Josh Rawitch, the D-backs' senior vice president of content and communications, who was happy to bring Rovell in on the joke.

I need to slow down. I just called @joshrawitch at the Diamondbacks angry that I didn’t get a first look at this one. “April Fools.” https://t.co/PLFGso86Tm

Respect to Rovell for admitting he was fooled. And as it turns out, he wasn't alone: Yahoo Sports was also fooled by the Churro Burger.

WAIT! We have been April Fools'd.

And if you were among the few like Rovell looking forward to the Churro Burger, the good news is the D-backs are still offering a number of new delicious, calorie-loaded food items this year, including the All-Day Breakfast Dog, the Big Jalapeño Popper Dog and the Strawberry Cheesecake Shake.

Not to be outdone, the Arizona Coyotes posted a pretty awesome April Fools tweet of their own Monday.

Official: Oliver Ekman-Larsson will begin filming "The Bachelor" season 24 this July in his hometown of Tingsryd, Sweden.

Tune in on @ABC as 30 women scratch and claw their way to the defenseman's heart. pic.twitter.com/143p64EDi2