WATCH: Rallies continue Friday night in Phoenix over deaths of Dion Johnson and George Floyd
ReboundGetting Back To Work 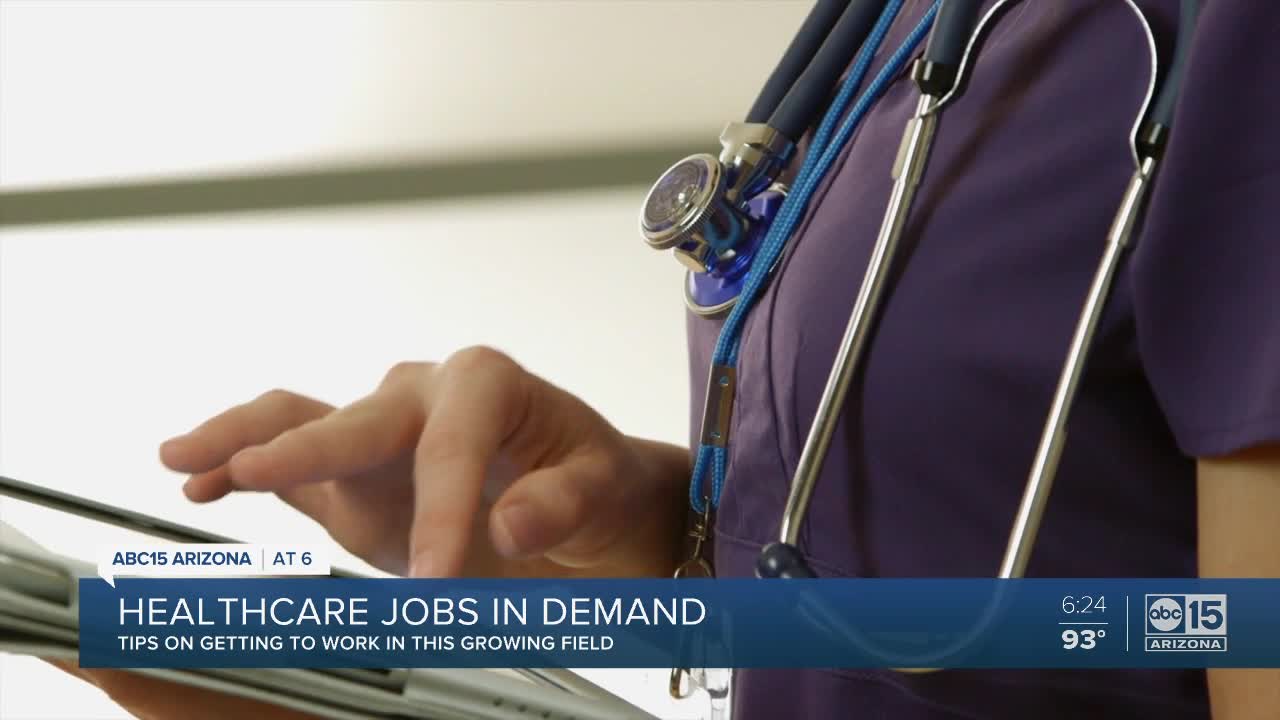 Looking for work? Healthcare jobs are in high demand amid the coronavirus fight.

PHOENIX — Many who've found themselves unemployed at some point during this outbreak may have thought about a career change.

Well the healthcare industry is expected to add more than a million jobs by 2028. As part of The Rebound Arizona we look into how people can get back to work in a field that's still growing.

For years Arizona has been at the center of an economic boom but that changed when COVID-19 hit.

Misty Frost is the CEO of Carrus, an online healthcare training provider. Carrus is one of dozens of sites that have been working to fill gaps in the healthcare industry for years.

According to the U.S. Bureau of Labor Statistics employment of healthcare jobs is projected to grow 14% from 2018 to 2028. That's a much faster than the average for all other jobs. It's projected to add roughly 1.9 million new positions.

"We anticipate that jobs in healthcare will actually start to increase rather exponentially in the next few months," Frost predicts.

The hospitality and service industries have been hit particularly hard by the pandemic. Frost says restaurant experience makes for a great candidate.

"One of the biggest challenges in healthcare for people who are just getting into it as patient relations. So being able to work with someone who's in pain or struggling and if you've been in the service industry then you've been dealing with the public so you have probably some pretty good skills in that arena," she adds.

Training can take anywhere from six months to a year. And if you get queezy just thinking about blood, she says there are other options like billing or coding and more.

And for more places hiring in other fields-visit The Rebound Arizona on ABC15.com