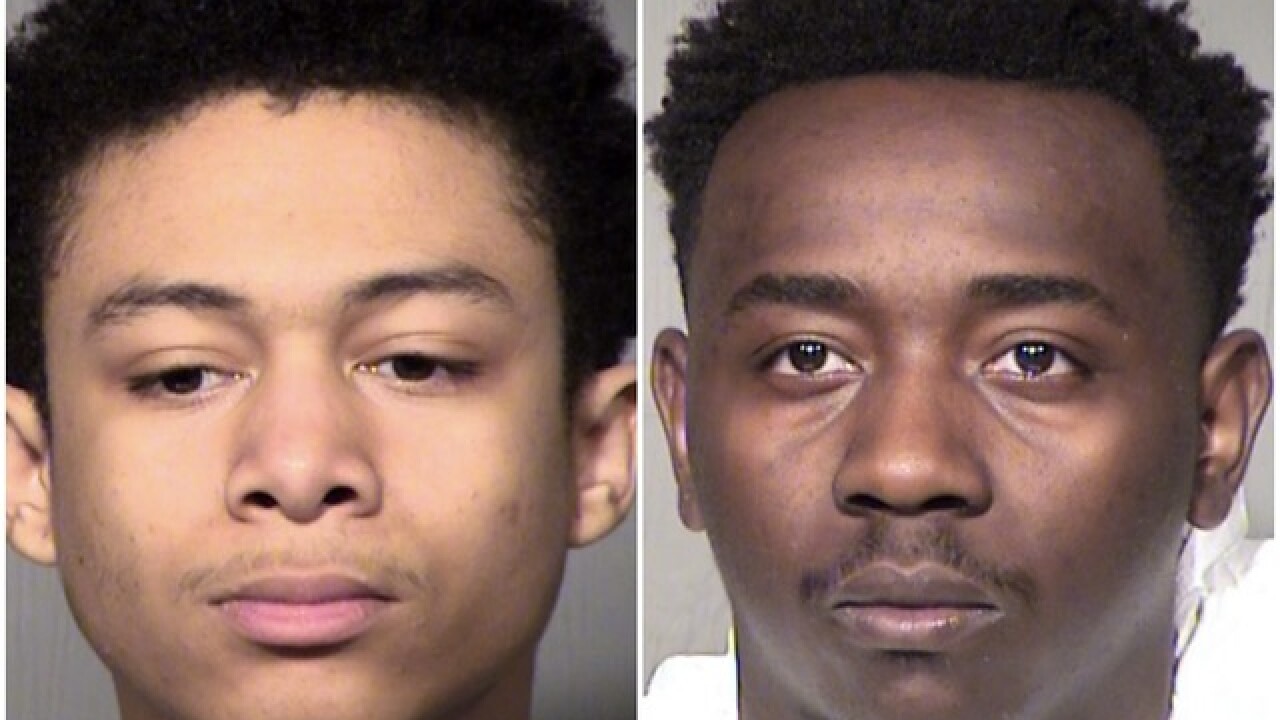 Two men are facing multiple charges in connection with an armed robbery in Goodyear.

Around 7 p.m. on Tuesday, police were called to the QuikTrip near Van Buren Street and Estrella Parkway after a woman and her friend reported an attempted armed robbery involving a person she met on the mobile marketplace OfferUp.

The woman told officers that she had received a message from 19-year-old Dairreon "Dre" Jackson, regarding a $950 cell phone that she was selling, according to court paperwork. The pair agreed to meet at the convenience store for the exchange.

Jackson arrived in a white Mercedes around 6 p.m. with another man.

The victim explained to officials that Jackson requested to see the phone but the woman refused until he gave her $950, court documents said. Jackson allegedly gave the woman $400 and grabbed the cell phone from her hands.

Jackson then ran back to the car, threw the cell phone through the passenger window and the car took off, court paperwork said. During the incident, the woman managed to open the car's rear passenger door and jump inside.

The woman's friend attempted to run after the car and the woman told police she allegedly saw the driver, 19-year-old Michel Hetlage-Burch, point a handgun at her friend and heard a "click" but the gun did not discharge, court documents stated. Hetlage-Burch is accused of then turning and pointing the gun at her in the back seat before returning her phone and ordering her to get out of the car.

When officers arrived at the QuikTrip they saw the car leaving the scene at a "high rate of speed" before losing sight of it on Interstate 10, court paperwork said. However, they discovered the car was registered to Jackson and went to his home.

Both Jackson and Hetlage-Burch were seen getting into a minivan at the home, court documents said. The car was pulled over and both suspects were taken into custody.

During their interviews with investigators, Hetlage-Burch allegedly admitted to pointing the gun at both the woman and her friend, authorities said. Jackson told police that he was "forced" into the robbery with Hetlage-Burch because he was scared. He also admitted to allegedly using counterfeit money during the sale.

Jackson is facing several charges including attempted armed robbery with a deadly weapon, unlawful flight from law enforcement and driving with a suspended or revoked license.