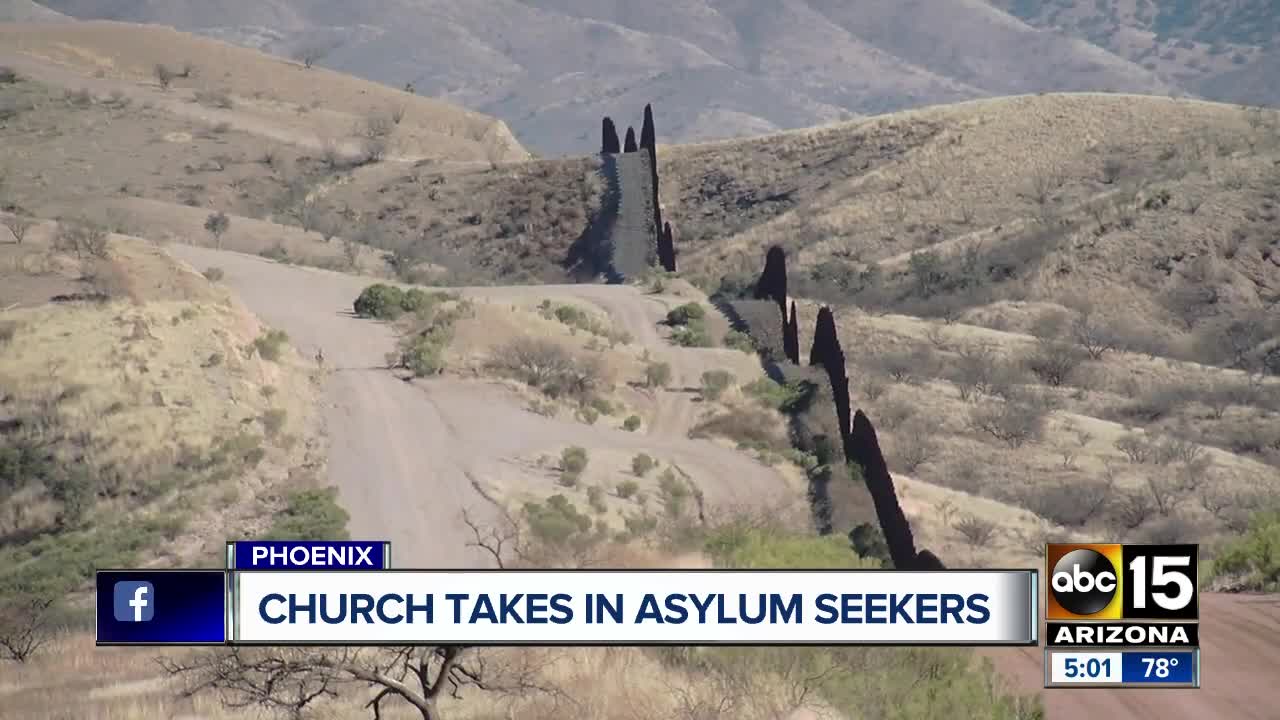 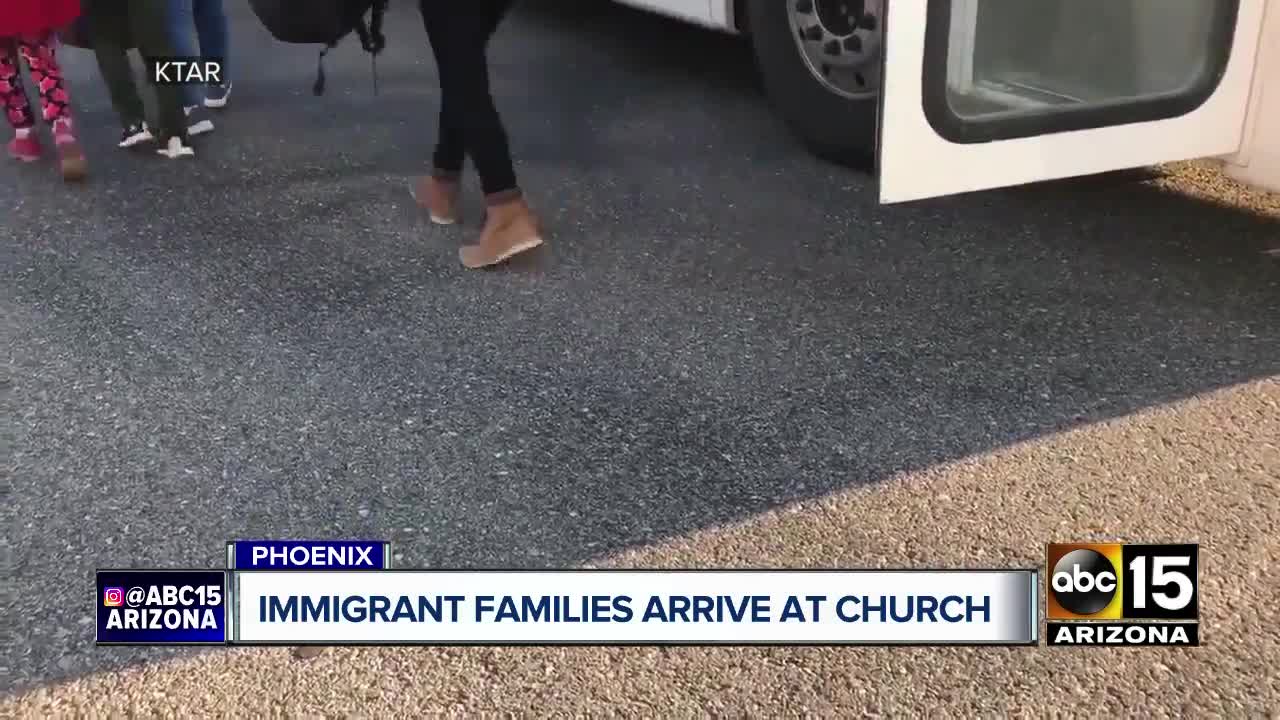 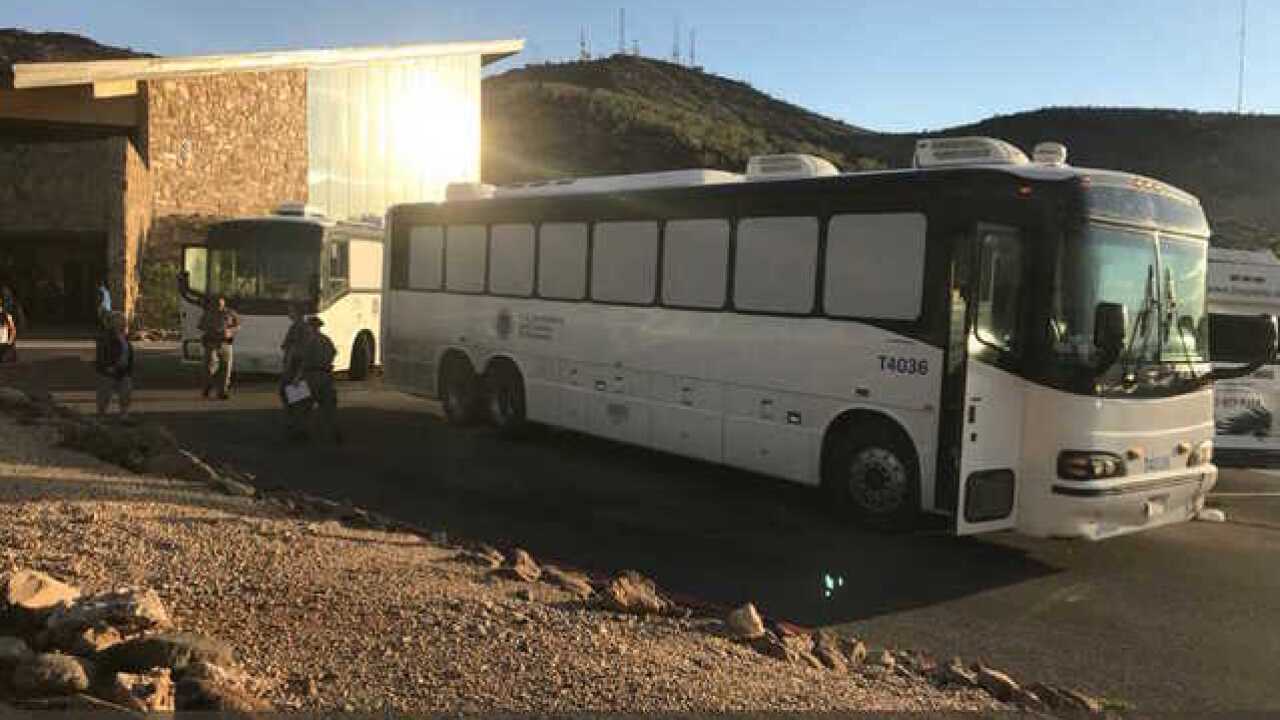 About one hundred people, families who have requested asylum in the United States, have arrived at a church after being released by Immigrations and Customs Enforcement officials.

The church, Shadow Rock United Church of Christ, has taken in immigrants seeking to remain in the United States before, but never to this extent, according to Liz Curry, president of the church's board.

The move comes as ICE releases several hundred people in Arizona as the agency seeks to comply with legal restrictions on the length of time people seeking to enter the U.S. may be held at detention centers.

"[T]he government remains severely constrained in its ability to detain and promptly remove families that have no legal basis to remain in the United States," an ICE spokesperson said in a statement.

For families detained by immigration authorities, under a settlement agreement and subsequent decision, unaccompanied children or families can only be held in custody for 20 days  before being released while their cases work their way through immigration courts.

Before families are released, ICE policy requires agents to review a family's plan to reach a final destination in the US. The process can include confirming bus routes, coordinating with NGOs to ensure a support network where they are going and communicating with other relatives living in the U.S.

"In light of the incredibly high volume of [people] presenting themselves along the Arizona border, ICE no longer has the capacity to conduct these reviews," the spokesperson said. To prevent a breach of the regulations surrounding immigrants in custody, ICE cut back on doing such reviews starting October 7.

According to a church email obtained by KTAR , an estimated 400 to 700 asylum seekers will be released by ICE.

For Shadow Rock, Curry said ICE asked for the church to house and care for their group for a couple of nights and provide transportation to bus stops to connect with their families.

The church has a preschool which is on fall break, which Curry said allowed for there to be enough space to house everyone.

ICE said determinations about who to release are made on a case-by-case basis and safety is the agency's highest priority. Those transferred out of custody will be enrolled in the agency's Alternatives to Detention program, issued orders of recognizance or paroled with supervision requirements, and issued a notice to appear in immigration court.

Shadow Rock has a history of supporting immigrants, KTAR reported.

In February, the church gave sanctuary to a man facing deportation for the third time so he could remain in the US with his pregnant wife and sick child. This July pastor Ken Heintzelman spoke at a press conference in front of the Immigration and Customs Enforcement office in Phoenix denouncing the actions of ICE separating families caught trying to cross the border.