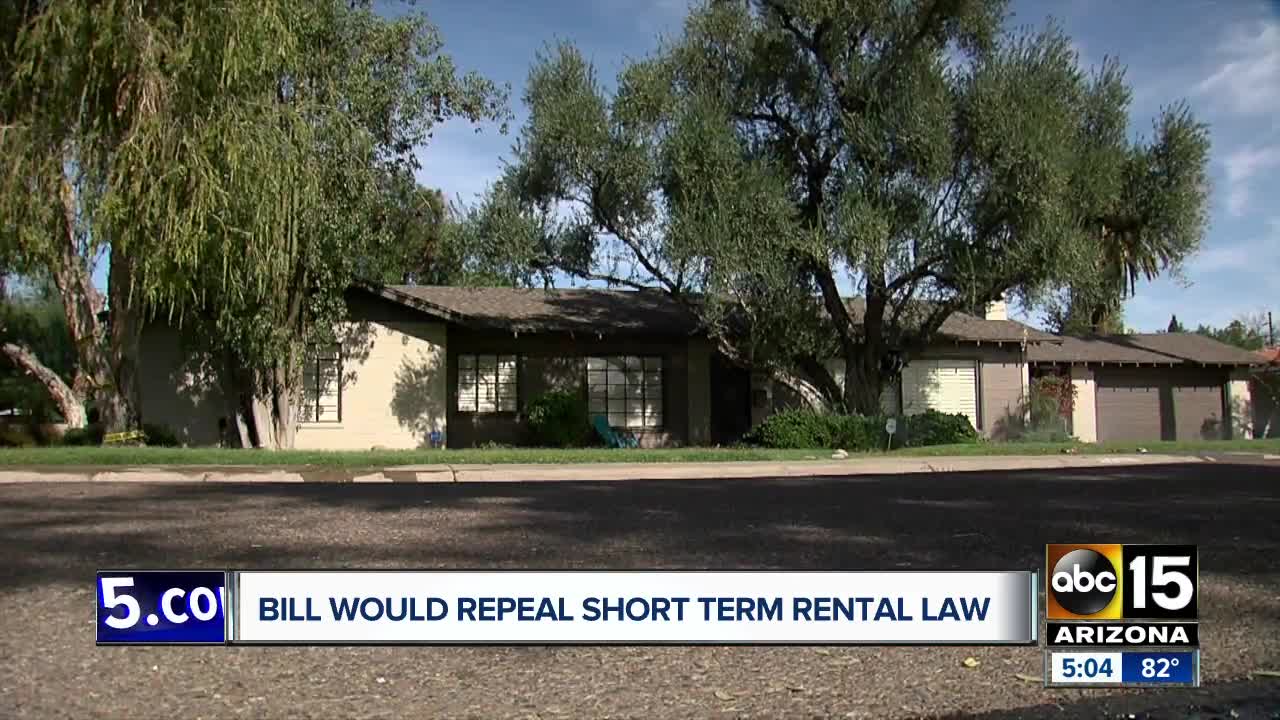 Arizona lawmakers say they want to restore local control of short-term rental properties to cities and towns. they say they plan to unveil a bill to repeal a 2016 'Airbnb' law.

Susan Edwards lives in an Encanto neighborhood of manicured yards, quiet streets and young children. All was right with her world until December, 2018. That's when the neighbors from across the street moved out and offered their home up as a short-term rental.

"We did not know that they listed it sleeps 19, great pool and game room," Edwards said.

Suddenly that nice house across the street, became party central for the renters. Hell on earth for the neighbors.

"They said they were going to rent to medical residents," Edwards said. "Suddenly we saw they were having these 20 people, 30 people attending parties."

Edwards' story is one of many being told to state lawmakers across the state. Residents in places like Encanto, Central Phoenix and Paradise Valley blaming short term rentals for disrupting their neighborhoods by allowing an unregulated party houses to operate with little or no restrictions.

In tourist towns like Sedona and Jerome, investors are buying up available real estate creating a housing crisis for permanent residents.

"Half of all available housing in Sedona is for short term rentals," State Representative Isela Blanc (D-Tempe) said Friday.

Blanc and Representative Aaron Lieberman (D-Paradise Valley) filed a bill today which repeals SB1350. A 2016 bill passed by a nearly unanimous legislature and signed into law by Governor Ducey. SB 1350 prevents local governments from banning the listing and use of short term rentals.

At the time, the legislation was endorsed by the Goldwater Institute.

It was hailed as a win for everyone because it would provide an enormous economic benefit to communities looking to cash in on tourism. It's quickly turned into a nightmare for residents forced to live next to the properties and have nowhere to go for help.

"They are not satisfied with the small steps that we were able to do last session. They want to see more direct action and the best way to do that is to give it to the cities and towns," Lieberman said.

Kavanaugh agrees his bill was a first step. Kavanaugh was the lone dissenting vote in the Senate in 2016 when short-term rental bill passed. Kavanaugh says he supports what his democratic colleagues are trying to do. He's not sure they'll be able to get enough votes to survive a governor's veto. Kavanaugh is preparing legislation that would greatly lessen the footprint of short-term rentals in communities by limiting the number of people who can stay at anyone time. Limit outdoor activity after 9:30 p.m., and require off street parking.