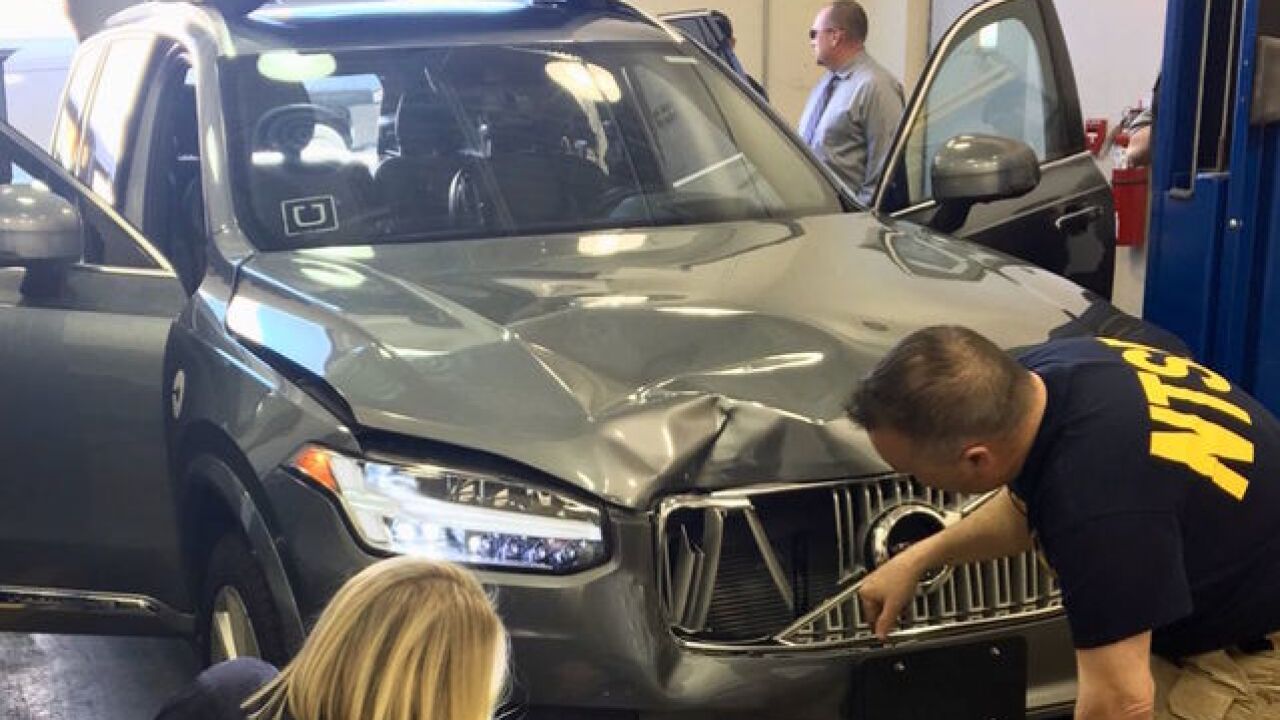 Copyright 2018 Scripps Media, Inc. All rights reserved. This material may not be published, broadcast, rewritten, or redistributed.
<p>Credit: NTSB</p>

Ducey told the company in a letter Monday that video footage of the crash raised safety concerns.

He called the crash "an unquestionable failure" to comply with safety expectations.

I was personally very disturbed by the video Tempe Police released. I know others were too. Raises questions that need to be answered. 2 federal investigations will help. These are independent and led by experts. I want to see the facts. 1/4

It was the first fatality involving a self-driving vehicle.

The move comes days after The New York Times reported that the company's own documents showed the testing program was rife with issues. The documents showed trouble with driving through construction zones and requiring far more human intervention than competing companies.

Experts have told The Associated Press that the company's technology should have detected the pedestrian in time to avoid the crash.

"We proactively suspended self-driving operations in all cities immediately following the tragic incident last week. We continue to help investigators in any way we can, and we'll keep a dialogue open with the Governor's office going forward."