Cat comes down safely after getting stuck on pole in Phoenix 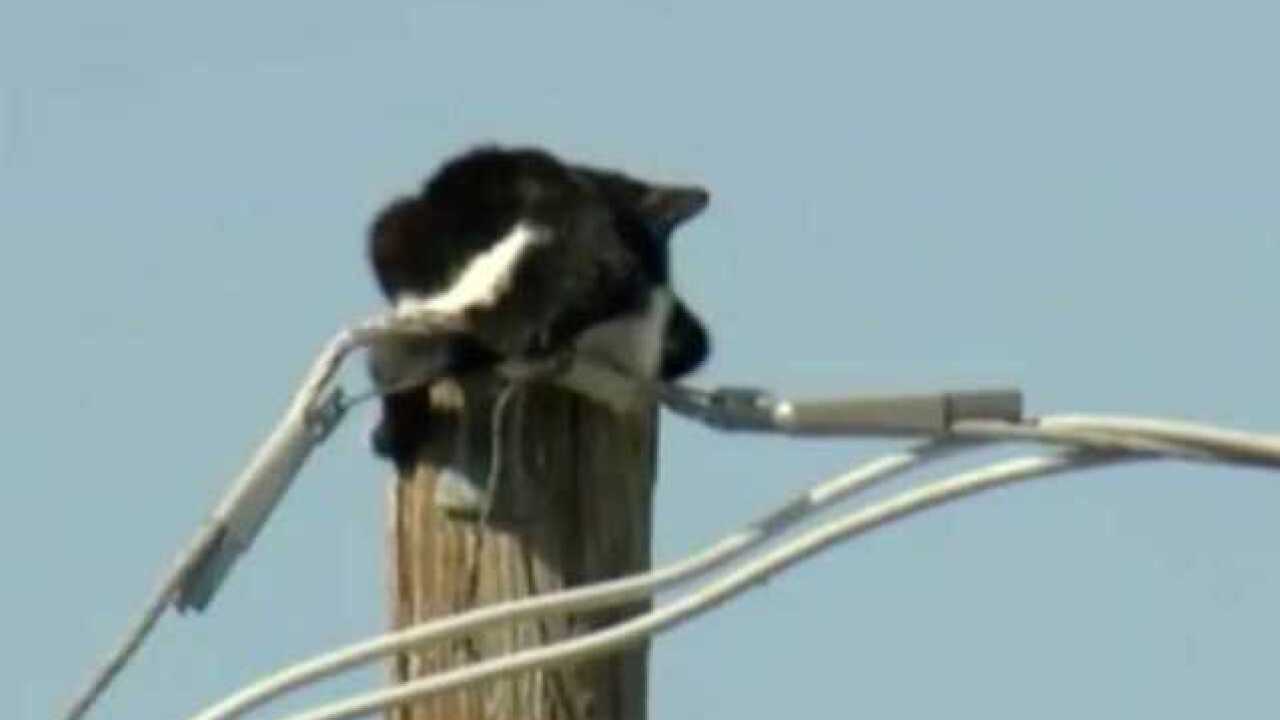 A cat that was stuck on a Phoenix power pole since Friday is generating interest from around the nation.

Residents tell ABC15 the animal is a "community" cat that lives in the neighborhood near 37th Avenue and Bethany Home Road.

According to neighbors, the black and white cat had been stuck atop the pole since Friday.

Video from the scene around 10:30 a.m. Monday showed a neighbor using a ladder to climb up and help get the cat down. Witnesses at the scene said the cat got down safely and is currently with neighbors.

Salt River Project officials said typically in these situations they will put food and water at the base of the pole to draw the animal down without inadvertently scaring it.

While the cat was trapped, the Phoenix Fire Department called ABC15 to ask us to pass along a message to viewers that they do not need to call 911 about the cat, because they had been inundated with hundreds of calls from across the country in response to the live stream.

Phoenix fire made the request because the high number of calls was delaying their ability to answer other emergency requests.