APS 'refund' no more than a credit for current customers 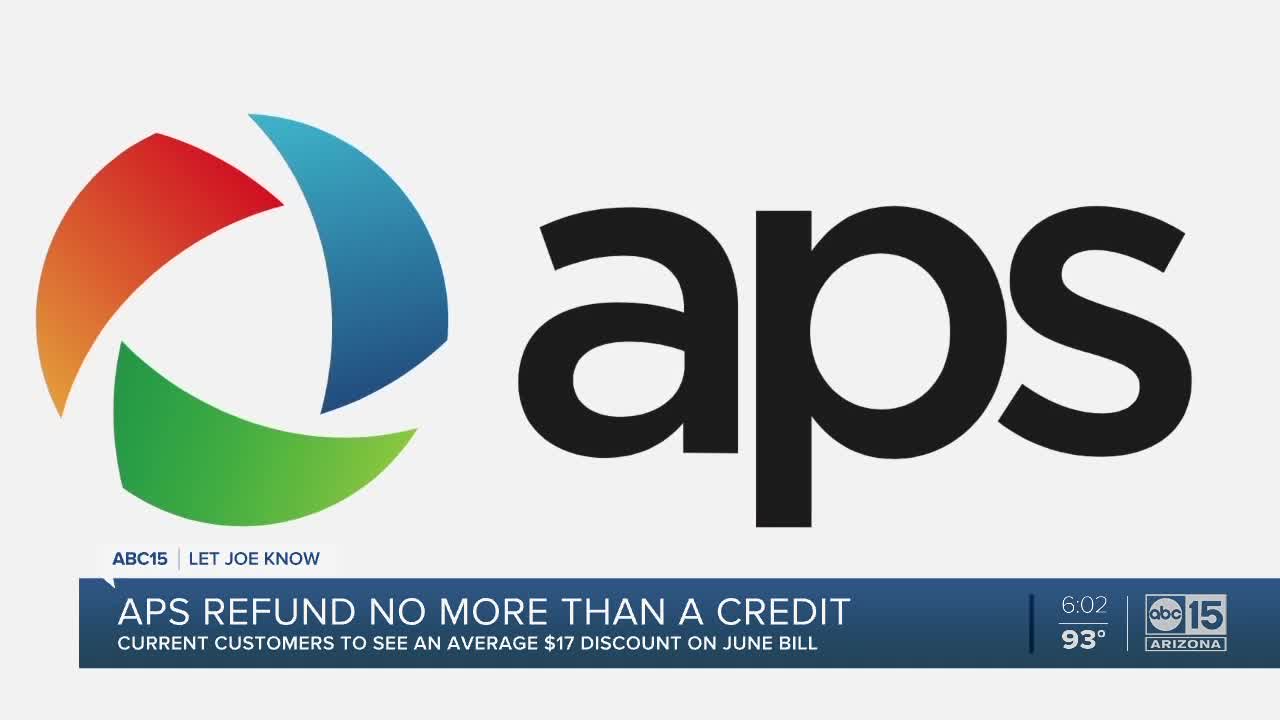 A so called APS "refund" is no more than a credit on your bill.

PHOENIX — If you're an APS customer, you may start seeing some savings in June. APS says that's when their payback plan to help struggling customers begins.

However, in part with The Rebound Arizona, the Let Joe Know team has found this so-called refund does not mean APS will be sending money your way.

It started with a viewer email.

Linda and her husband say they saw our story about APS refunding fees to help consumers hurting financially due to COVID-19. They moved away from the Valley and wanted to know if they get a refund too.

Just two weeks ago, the Arizona Corporation Commission approved that plan. APS would refund fees it collected since 2017 - $36 million worth.

But before you get too excited, here's what's really happening.

The money is not coming from APS's pocket. The $36 million comes from APS customers who paid extra fees for more than two years. Fees charged by APS for programs to make your home more energy efficient.

So, you're just getting back what was paid to them.

Documents show the funds are called a refund, but APS tells us don't expect a check in the mail. You'll be getting a credit instead.

They say in order to get the money out quickly only "those customers who received a bill in June will receive the refund as that is a practical and quickly implemented solution."

So, not everyone who paid in will get the money back, including Linda and her husband.

For a lot of hurting customers, this credit isn't the best option.

They asked instead for a lower emergency daytime rate while they are forced to be at home, which could save them much more.

"We have the ability to give increases in an emergency. Why can't we take this emergency that we're currently in, this pandemic emergency, and lower rates or even freeze rates?" said commissioner Sandra Kennedy.

She pushed for a lower rate, but was alone in getting no support from the other four commissioners, Bob Burns, Justin Olson, Boyd Dunn and Lea Marquez-Peterson. An Argument made by commission staff, that the commissioners may not have legal authority to lower rates, further sidelines the discussion.

So, high daytime peak rates are allowed to continue even though many of us have been forced to stay home during those hours. And instead, they approved the credit.

If you're a current APS customer you can expect just under two cents for every kilowatt hour of electricity used this upcoming month.

APS says that could be about $17 for the average customer. If you use more, a bigger credit. If you use less, a smaller credit.

We are continuing to push commissioners and APS on what's being done to help.

Now this week the Corporation Commission did vote on a proposal asking companies to track COVID's financial impacts on their finances, with the possibility of allowing them to use that information to possibly increase rates later on.

That however did not pass, with only Chairman Bob Burns voting in favor of it.