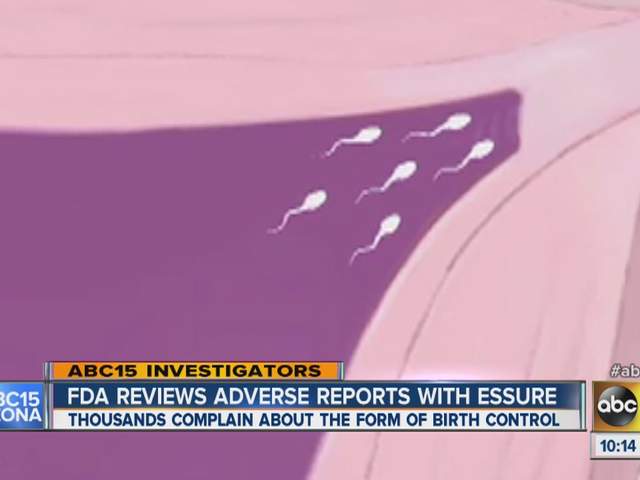 Thousands of women are speaking out about Essure birth control and now, a month after an ABC15 Investigation, the feds have ordered a complete review. 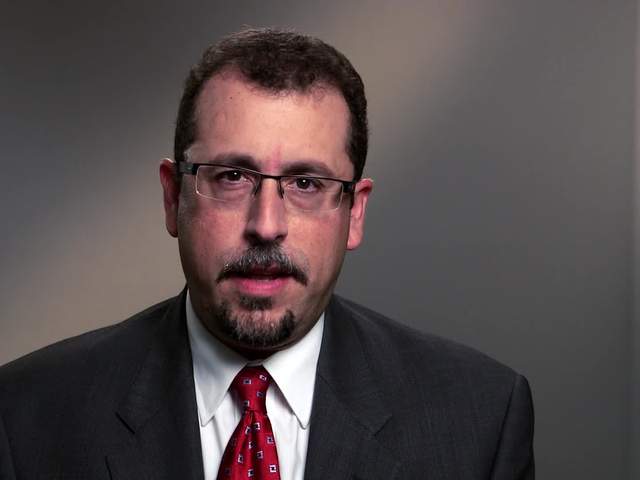 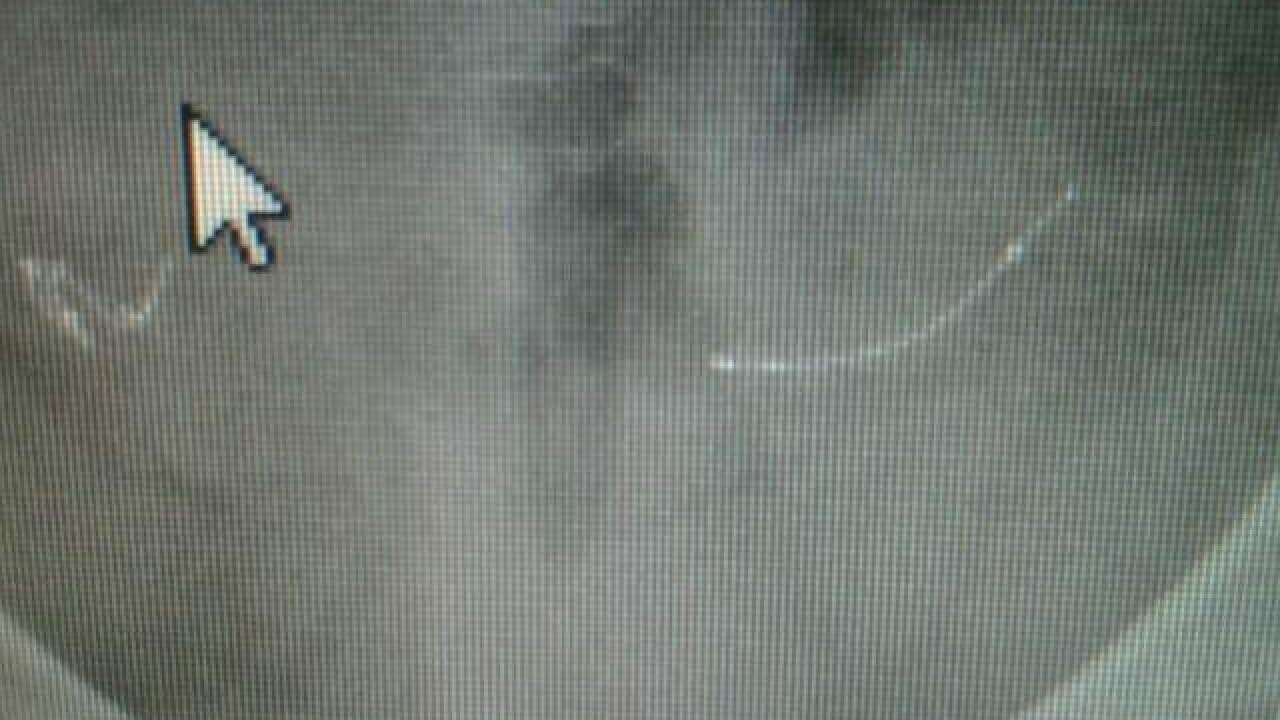 Jennifer Gabledon is one of more than a dozen women in the Valley who contacted the ABC15 Investigators about debilitating health problems they say were caused by Essure.

Jennifer is a mother of two. She lives in Glendale with her family, including two additional stepchildren. With a full house, she wanted permanent birth control.

She chose Essure. The device consists or two small metal coils which are placed inside each fallopian tube. Scar tissue grows to block conception.

But, even after doctors confirmed her fallopian tubes were fully blocked, Jennifer got pregnant.

Jennifer is talking about a group of women sharing their experiences with Essure on Facebook .

Many describe the exact same symptoms like extreme bloating, skin rashes and headaches. They also post pictures, including photos of X-rays that show coils cutting through fallopian tubes and broken coils after they were removed.

There are more than 3,500 women in the group and the number keeps growing.

Patients and doctors also reported these same issues to the Food and Drug Administration. The federal government received a total of 943 adverse event reports about Essure.

Including the first reported death associated with Essure.

Now, a month after our initial investigation, the FDA responded to public pressure.

In a statement posted on their website , the agency states they "reviewed" the complaints and clinical trial documents.

They acknowledge some of the complaints are symptoms included in the Essure labeling, and some that are not.

The FDA states, at this point, its "found no evidence" of "more widespread complications" about Essure.

“It shouldn't have happened. I did everything right,” said Jennifer.

Four weeks after doctors confirmed Jennifer's Essure coils were in place and working properly, she said she woke up with unimaginable pain.

“I fainted. My husband heard me fall and hit my head on the shower door,” said Jennifer.

After fainting two more times, Jennifer's husband rushed her to the emergency room. Doctors found she had an ectopic pregnancy that burst in her fallopian tube. She underwent emergency surgery that day.

“Nobody's given me any explanation. Everybody who was there, the doctor in the ER, my doctor, everybody was just kind of dumbfounded. What happened?” said Jennifer.

Jennifer had both fallopian tubes removed. Her body is healed, but she still deals with emotional scars.

“It's sad because even though we weren't trying to get pregnant, I had lost a pregnancy,” she said.

“It's a very safe, effective sterilization procedure,” said Dr. Joel Falk, an Obstetrician in Gilbert. He saw our initial investigation and called us.

“I just have a hard time believing that this procedure, which is this innocuous little coil that's very soft and very pliable, is causing all of these problems is I think a stretch,” said Dr. Falk.

Dr. Falk says he's implanted hundreds of Essure coils and only had a few problems.

“I certainly would have heard about it from my patients.”

Essure has been on the market since 2002. According to the manufacturer, about three quarters of a million women have it implanted.

Bobbi Jo Carter, of Gilbert, is one of Dr. Falk's patients who has Essure.

“It took maybe 10 or 15 minutes, woke up, went home, was cramping for maybe that day; and the very next day, I went back to work. I was fine,” said Bobbi Jo.

“If patients are unhappy with procedures, they're going to come to their doctors and they're going to tell their friends they've had a complication. And, so word's going to get out that this procedure has issues or has problems,” said Dr. Falk.

At the same time, Dr. Falk defends Essure, he recognizes many medical issues are underreported to the FDA. Dr. Falk said he’s never reported an adverse event to the FDA.

“If the system were different, and we could report complications without fear of being sued,” said Dr. Falk, “Then, I think doctors would be more comfortable with reporting complications.”

“I think it's very dangerous when we go down a path of looking for complications that aren't there all for the sake of someone making a buck.”

For Jennifer, the danger lies in the complications themselves. “I almost died. My children almost lost their mom.”

Bayer Healthcare is the current manufacturer of Essure. They recently purchased it from Conceptus in June 2013. They sent us a video response featuring their Vice President of Women's Healthcare and U.S. Medical Affairs.

Watch the response in the video player above.

Bayer cited the FDA’s findings in their response, as well as, a recent practice bulletin by the American College of Obstetricians and Gynecologists that recognized the procedure has high efficacy and low risk and cost.

At Bayer, we care about patients and take the safety of our products very seriously.  We are saddened to hear of any serious health condition affecting a patient using one of our products, regardless of the cause.  Essure was approved by the FDA in 2002, and has a well-documented benefit-risk profile, with over 400 peer-reviewed publications and abstracts supporting Essure’s safety, efficacy and cost-effectiveness.  Approximately 750,000 women worldwide rely upon the Essure procedure for permanent birth control.

The US Food & Drug Administration (FDA) reviewed, among other things, the results from a five-year Essure study. The FDA found that “[a]lthough there is evidence of complications, as there are with all medical devices, overall results from this study did not demonstrate any new safety problems or an increased incidence of problems already known.”

The full FDA report can be found at:

In addition, a recent practice bulletin issued by the American College of Obstetricians and Gynecologists (ACOG) has recognized that hysteroscopic tubal occlusion for sterilization has high efficacy and low procedure-related risk, cost, and resource requirements.

No form of birth control is without risk or should be considered appropriate for every woman.  It is important that women discuss the risks and benefits of any birth control option with their physicians.

Some of the women associated with the Facebook page have named Sunday, November 11, 2013 Essure Awareness Day. They plan a protest in Washington D.C. at the 42nd annual conference for AAGL Global Congress on Minimally Invasive Gynecology.