Socks that don't fit and failed promises to fix the problem 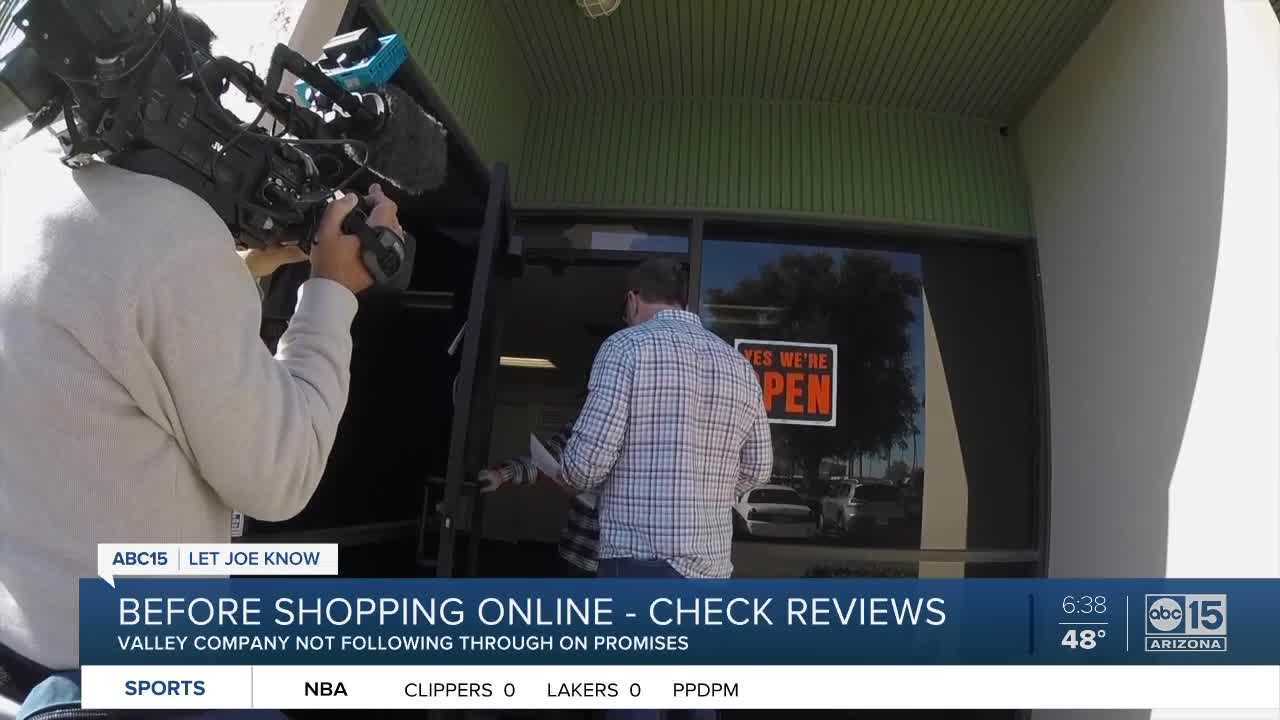 re you headed online to shop, hopefully at a discount? One Valley company has been offering deals, but getting complaints that they are not following through on their promises.

PHOENIX — Are you headed online to shop, hopefully at a discount? One Valley company has been offering deals, but getting complaints that they are not following through on their promises.

We've told you about them before - AffordableCompressionSocks.com.

The Let Joe Know team stopped by their office more than a month ago when Karen reached out to us looking for help to get a refund.

She said she had spent more than $50 with the company, only to get socks that didn't even fit.

When we visited that time, the company told us that they were working to change customer service representatives. They said that they would work to correct the situation and get Karen a refund.

Here's the thing: Karen has still not gotten her refund like promised, so the Let Joe Know team went back.

This time we were told PayPal was to blame. That the company had fixed all the other complaints but couldn't issue refunds to a few who paid through PayPal.

Karen says she paid directly through the site -- not PayPal.

The company then told us that they had sent a number of emails back and forth with Karen. However, a few minutes later they told us off-camera that Karen never responded to their email to see if she wanted a refund.

Karen showed us emails that proved she did respond and the company promised to issue a refund -- one that she still has not received.

Before shopping online - Be sure to check reviews!

In this case, the business has had several complaints filed with the BBB in just the last year.