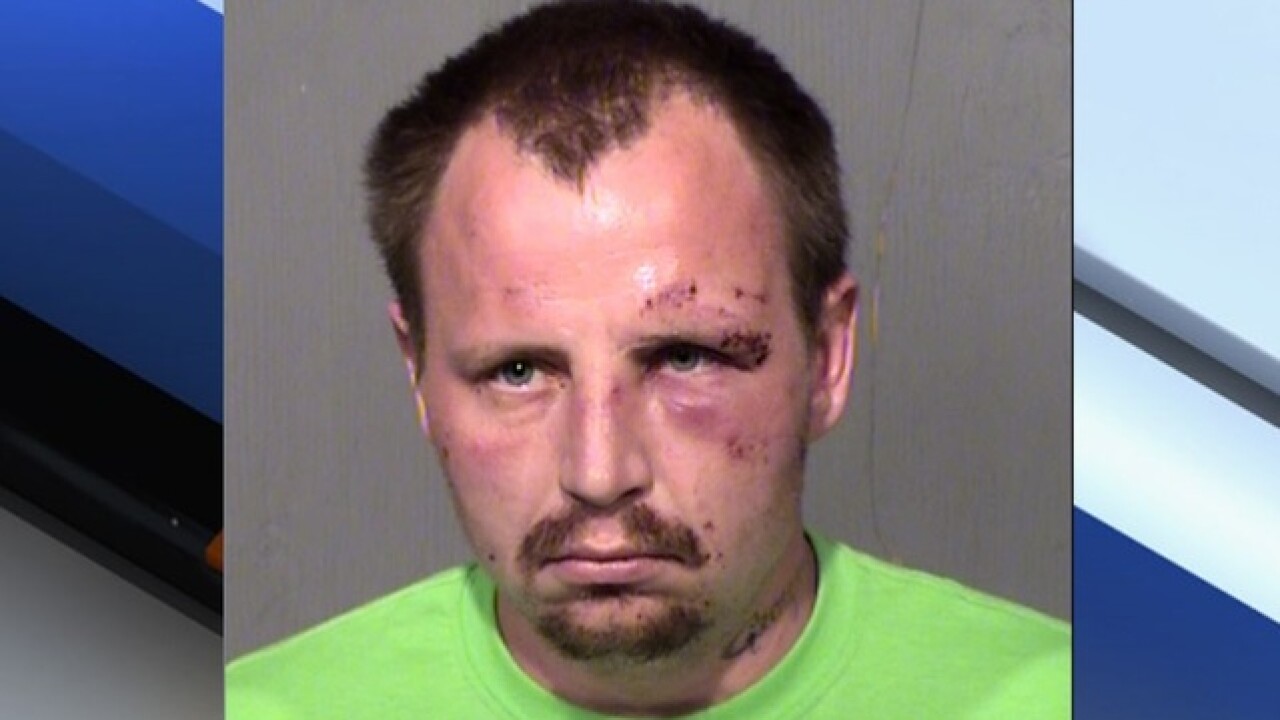 Copyright 2018 Scripps Media, Inc. All rights reserved. This material may not be published, broadcast, rewritten, or redistributed.
MCSO
<p>Timothy Valdez</p>

A naked man has been arrested after he allegedly attacked a woman in her Phoenix apartment.

Phoenix police report that on March 11, a woman was in the bathroom of her apartment near Interstate 17 and Thomas Road, when she heard a sound.

When she came out, she found a naked man with a knife in her bedroom.

The man, later identified as 29-year-old Timothy Valdez, demanded money and clothes from the woman.

Police say she ran for the front door but was stopped and beaten by Valdez.

She then offered him a shirt and when he was distracted, she grabbed a bat from the bedroom and tried to attack Valdez.

However, he took the bat away from her and struck her in the head with it.  The woman still managed to get out of the apartment and get help.

Meanwhile, the woman's son returned home and heard what had happened.

The son went to look for the suspect and found a neighbor already wrestling with the naked man. He jumped in and helped the neighbor in detaining Valdez.

The son said, "Me and a couple of friends just whooped him real good so he has something to think about.”

Paramedics assisted the victim who had cuts and swelling to her head and face.

They also treated Valdez, "for the injuries sustained from the residents who detained him."