Talk about a mega burrito.

A team of more than a dozen people built a 125-foot burrito at last weekend's Cinco de Mayo Festival in downtown Phoenix.

So, how long did it take? 32 minutes. The team started at 3 p.m. and finished at 3:32 p.m., according to Ashley Negron, marketing manager for Macayo's Mexican Restaurants. 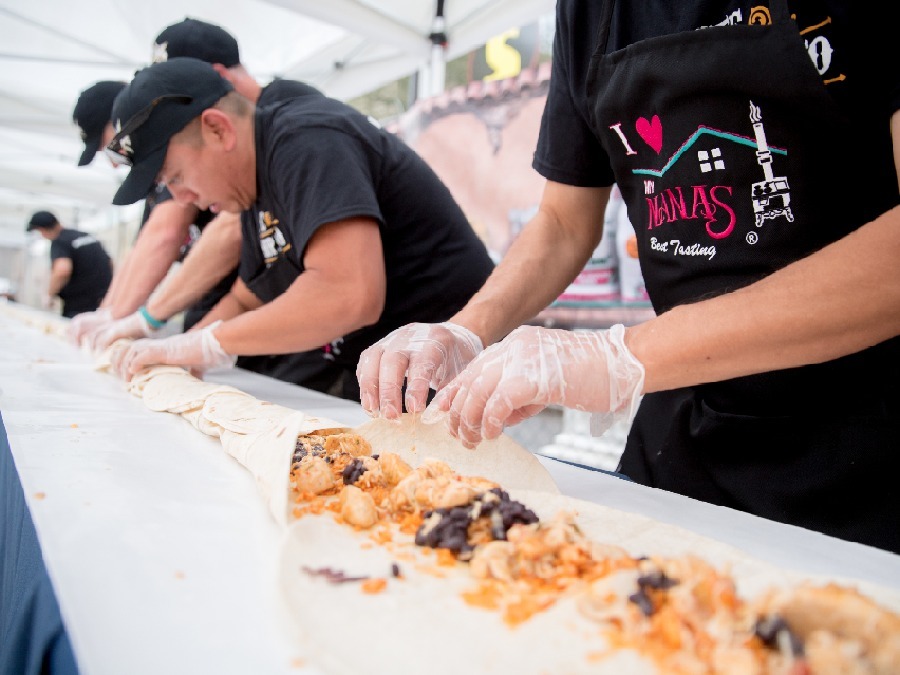 The team was tasked with making Macayo's Pollo Blanco Burro.

The burrito was then cut into samples and sold for $1 each.