Did you know? Jumping Andean bear Luka was born at the Phoenix Zoo

A bear originally from the Phoenix Zoo goes viral over an adorable video.

You've likely seen the now-viral video of a young boy jumping alongside a bear at the Nashville Zoo, but did you know the 5-year-old Andean bear has a big Valley connection?

IMITATION GAME: This bear lets his inner child out as he jumps in unison with a 5-year-old boy at the Nashville Zoo. https://t.co/pjr3Rp4Ife pic.twitter.com/B4ChMfL7bp

Related: See how the Phoenix Zoo keeps its animals cool during the summer

"Luka has an amazing personality. Once I saw the video today, even before I knew it was her, I had a good hunch that it might be her," said Linda Hardwick, spokeswoman for the Phoenix Zoo.

She said Luka "was so photogenic" and "loved the camera" even when she was a cub.

"She has always been a ham," Hardwick joked.

When Luka was first born, zoo officials believed the bear was a boy. It wasn't until two years later during a pre-transfer check-up that the zoo realized an "em-bear-assing" mistake had been made -- Luka was actually a female.

On Luka's first birthday, the zoo held a birthday party and gave Luka and her mom a tiered cake made of ice and berries. She was even standing then. 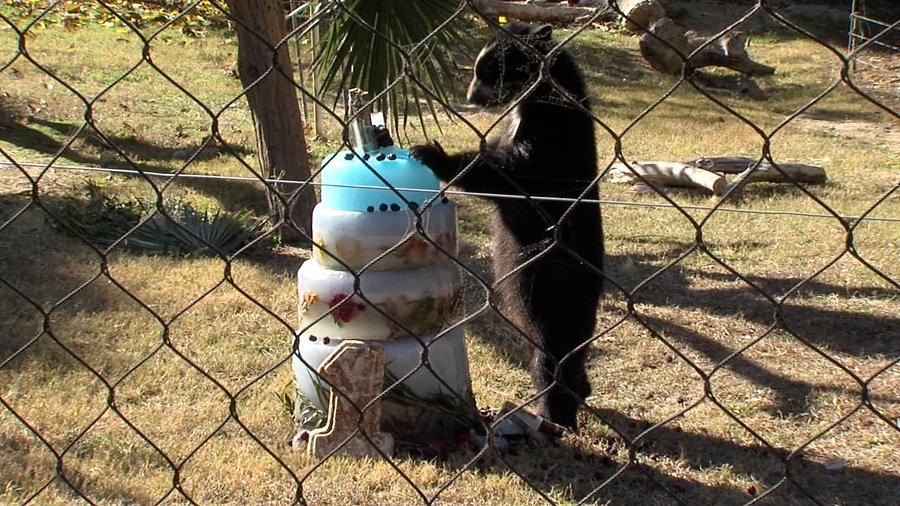 In 2015, Luka was transferred to the Nashville Zoo as part of the Species Survival Plan, with the hopes she starts a family with one of their Andean bears.