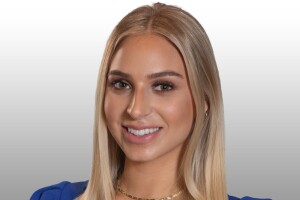 Chloe is an Arizonan at heart, born in Missouri but raised in Phoenix, and joined ABC15 as a reporter in October 2019.

Her career began close to home at Your Phoenix CW, the local CW affiliate in Phoenix. Chloe spent three years at the station sharing stories from across the Valley and hosting hourly news updates.

When the station joined forces with Phoenix Rising, Arizona's USL team, she hosted the team's halftime show both on air and live on the field during games. Chloe also connected with the team's loyal fan base, sharing stories from both fans' and players' perspectives.

During her time at Cronkite, Chloe interned with the Arizona Diamondbacks and AccuWeather at their headquarters in Pennsylvania. She was also selected out of hundreds of students to attend the Dow Jones News Fund Summer Journalism Institute.

When she's not working, you can find Chloe loving up on the nearest dog or digging through Yelp for a new restaurant to try.