Don’t spend another day with back pain 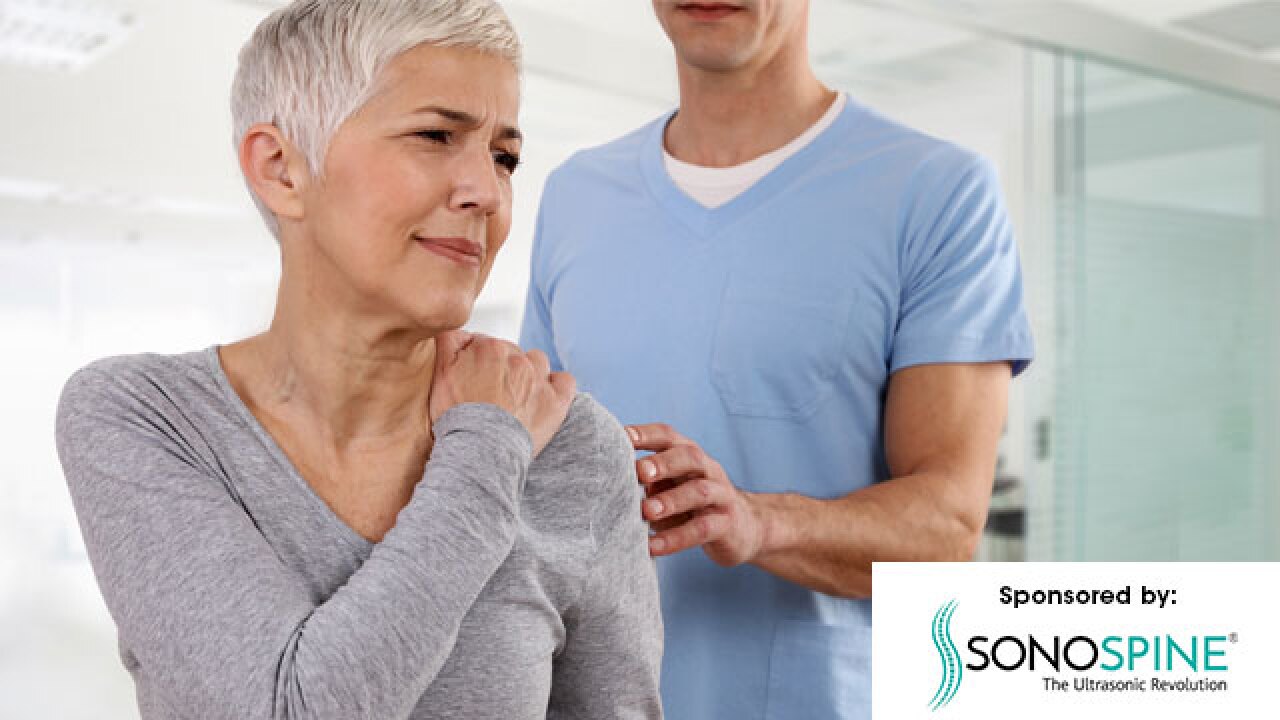 Don’t spend another day with back pain

Has back pain become so normal for you that you accept it as a fact of life?

If so, you’re not alone, as at least 80% of people have significant lower back pain at some point, with 15% of people saying they are experiencing back pain right now, according to the North American Spine Society.

“Some consider the symptom of low back pain to be a part of the human experience,” the NASS said.

Your back bears a lot of strain from daily activities and can easily be injured by a wrong movement or lift. There are many possible causes of strain, from slipped or bulging discs to lifestyle triggers like slouching, lack of exercise, or wearing high heels, according to WebMD. There are also less common causes, such as kidney stones, endometriosis, or fibromyalgia.

Real-life stories of debilitating back pain

Three people who dealt with horrible back pain had similar concerns.

Pepe Rodgers, a police officer of more than 20 years, sustained a back injury in an accident when another driver lost control and hit his car head on. From then on, he said his daily routine included almost constant back pain — and a daily reminder: “OK, I’m going to be in pain, again, today.” He wasn’t interested in disc replacement surgery, however, calling it a “barbaric” procedure.

Kevin Chappell, a professional golfer, was also dealing with back pain that prevented him from sitting or sleeping comfortably or playing with his kids. But he was worried that traditional back surgery would result in a prolonged recovery time that could interfere with his career. He needed an alternative that was minimally invasive and would allow him to recover quickly.

The same went for insurance professional Buddy Tinsley who said he had suffered from “three years of unremitting pain.” He worried about recovery time and possible complications.

In each of these cases, ultrasonic spine surgery from Sonospine was the solution.

With most traditional “minimally invasive” back surgeries, “minimal” applies only to the size of the incision and not to the amount of disturbance that happens in a person’s joints or the length of recovery.

The Sonospine Ultrasonic Spine technique, on the other hand, allows surgeons “access to the spinal canal with less disruption of bone, joints and other tissues,” Sonospine said. “Once at the source of your pain, advanced ultrasonic instruments precisely sculpt away bone and disc to restore your spine’s normal anatomy, decompressing nerves and relieving pain.”

The procedure is an outpatient, same-day surgery that consistently gets excellent ratings from patients just four weeks after surgery.

For Rodgers, the results speak for themselves. Despite ranking in the top five worst injuries Dr. Dilan Ellegalla of Sonospine had ever operated on, Rodgers’ pain is gone. The surgery allowed him to return to work with the prospect of an active retirement in his future.

Chappell had similarly successful results with his Sonospine surgery.

“Since the surgery, my life and lifestyle have improved immensely,” Chappell said. He was able to return to pro golfing, scoring a historic 59 on the PGA tour 10 months post-surgery

Tinsley also found relief from his constant pain without missing a day of work.

“After I came out of anesthesia, I knew immediately that my life had been given back to me,” he said. “I got into a vehicle and was taken back to my hotel and walked through the lobby of my hotel, and I worked the remainder of that day.

Not all back pain requires surgery. Some pain can be controlled with rest, ice or heat, over-the-counter pain medicine, physical therapy, or lifestyle changes. However, for pain that is debilitating or isn’t resolved within a few days or weeks of rest, surgery may be your best option.

Sonospine procedures are commonly used to treat these neck and back conditions:

Don’t let this be another year filled with pain that keeps you from doing the things you love. Learn more about ultrasonic spine surgery and find out if you’re a candidate by visiting sonospinesurgery.com or calling 888-957-7463