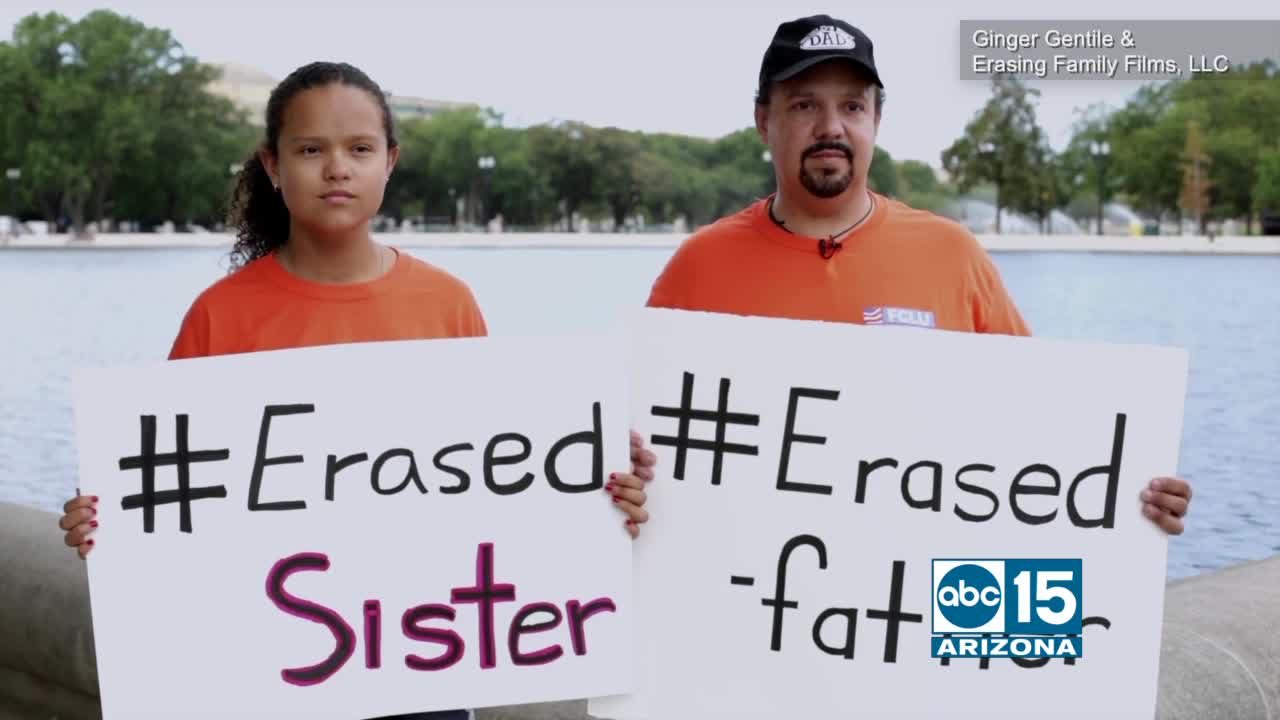 To host a screening of Erasing Family documentary or to learn more about the nonprofit visit, erasingfamily.org.

In the US alone, over 22 MILLION PARENTS are being erased from their children's lives after divorce and separation.

ERASING FAMILY investigates family bond obstruction from multiple perspectives: Children whose moms or dads have been erased from their lives and siblings who can't see each other. Part emotional roller coaster, part investigative expose, we follow the money to expose why loving moms and dads are erased from their kid's lives by divorce courts.\

Happy endings are possible! The film ends with children and parents being reunited on screen and will inspire other kids to reach out to #erased parents, siblings and grandparents. We have received testimonies of families whose children reached out after just viewing the trailer to the film.

Currently, Erasing Family has over 100 trained ambassadors who are able to speak or arrange a screening in their local communities. Some ambassadors, like myself, have arranged a private "pre-premiere" of the film for professionals in the legal, mental health, school systems and clergy involved with these families in order to prepare them for helping anyone seeking help after viewing the documentary. At the end of the screening most of them were shocked and had no idea of how deep long-term the damage to the family was.

The goal of the film is to bring awareness and more importantly, let children of all ages know that they are not alone in this situation and how to get help. The secondary goal is to expose how an adversarial court system only further in trenches the trauma and loss to the families. We ultimately hope to see Family Court move towards therapeutic solutions instead of punitive solutions.

Get involved & find resources at ErasingFamily.org.