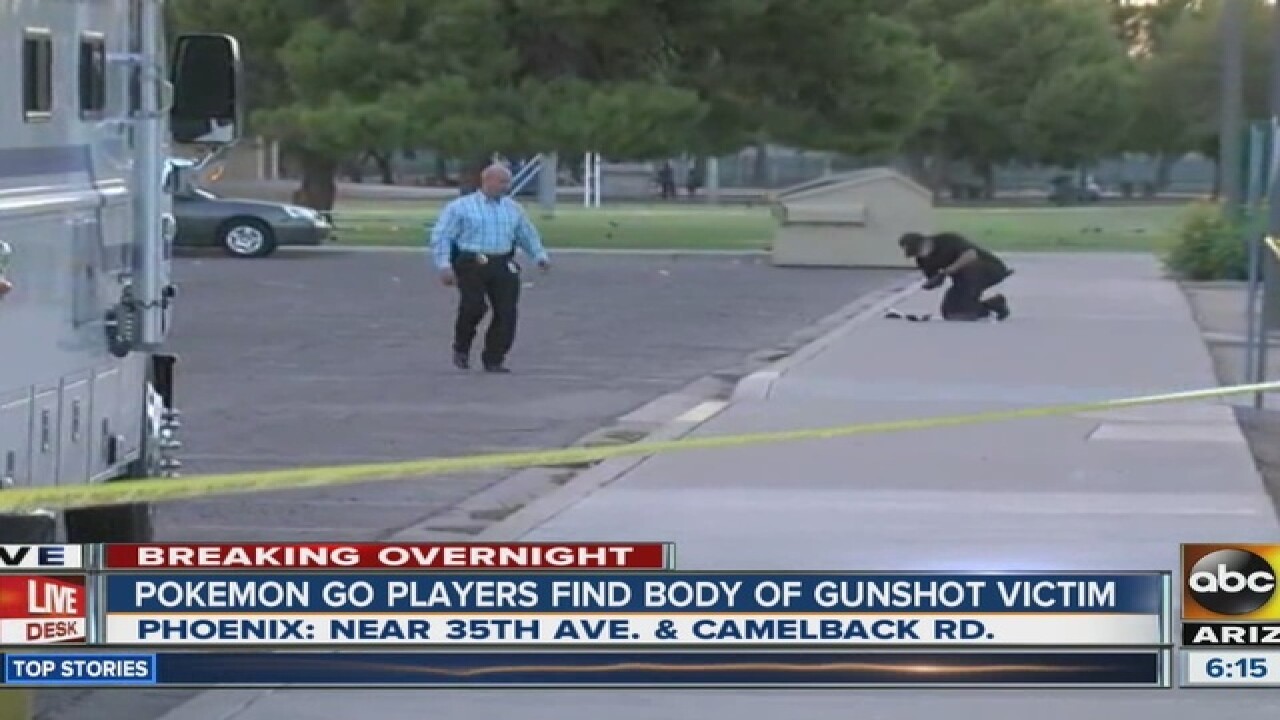 Police are investigating after a man was shot and killed at a Phoenix park overnight.

The incident happened around 1 a.m. on Tuesday at Cielito Park near 35th and Campbell avenues in Phoenix.

Officials said multiple witnesses at the park, including at least one person playing Pokemon Go, came upon the shooting victim, identified as 30-year-old Dustin Shirk.

Shirk was transported to the hospital where he was pronounced dead.

Police do not believe the incident is related to the ongoing Maryvale-area serial shooting investigation.

If you have any information about this crime, call Silent Witness at 480-WITNESS.