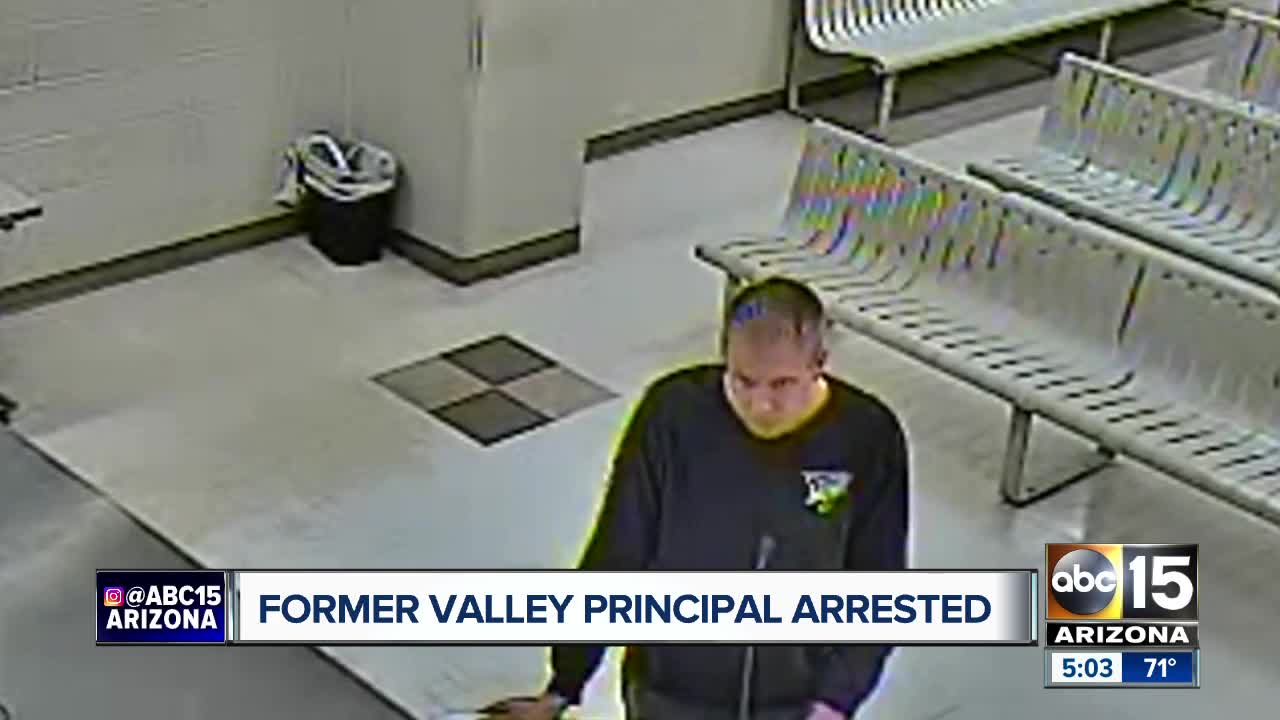 PHOENIX — A former principal at Horseshoe Trails Elementary School in Cave Creek has been arrested and accused of sexual assault and abuse.

Matthew Schenk, 34, recently quit his job at the school, and posted on social media that he was moving to China.

However, he was located and arrested at LAX airport in California on March 11.

According to Peoria police, the allegations against Schenk involve an 18-year-old male victim, and are from an incident that happened in 2017.

The Cave Creek Unified School District says they have no information that the alleged crimes "are connected in any way" to the District.

In a statement, the District said the Maricopa County Sheriff's Office contacted them on March 11 to see if they knew about Schenk's whereabouts and told them, "the matter was the subject of a Grand Jury indictment" and that they "could not disclose any further information at that time."

The District said it learned of Schenk's arrest on Thursday evening.

Schenk faces two charges of sexual abuse, and one count of sexual assault, according to court paperwork.

CCUSD released the following statement about the arrest:

The District was contacted by the Maricopa County Sheriff's Office on March 11, 2019. At that time, the authorities sought information regarding the whereabouts of Dr. Matthew Schenk. The detectives instructed the District that the matter was the subject of a Grand Jury indictment and that the District could not disclose any further information at that time. The District did not learn of Dr. Schenk's arrest until yesterday evening.

The District administration has spoken with law enforcement and understands that the allegations of criminal activity concern a twenty year old male victim. The allegations center around contact in May 2017; the District was not aware of any criminal investigation until March 11, 2019.