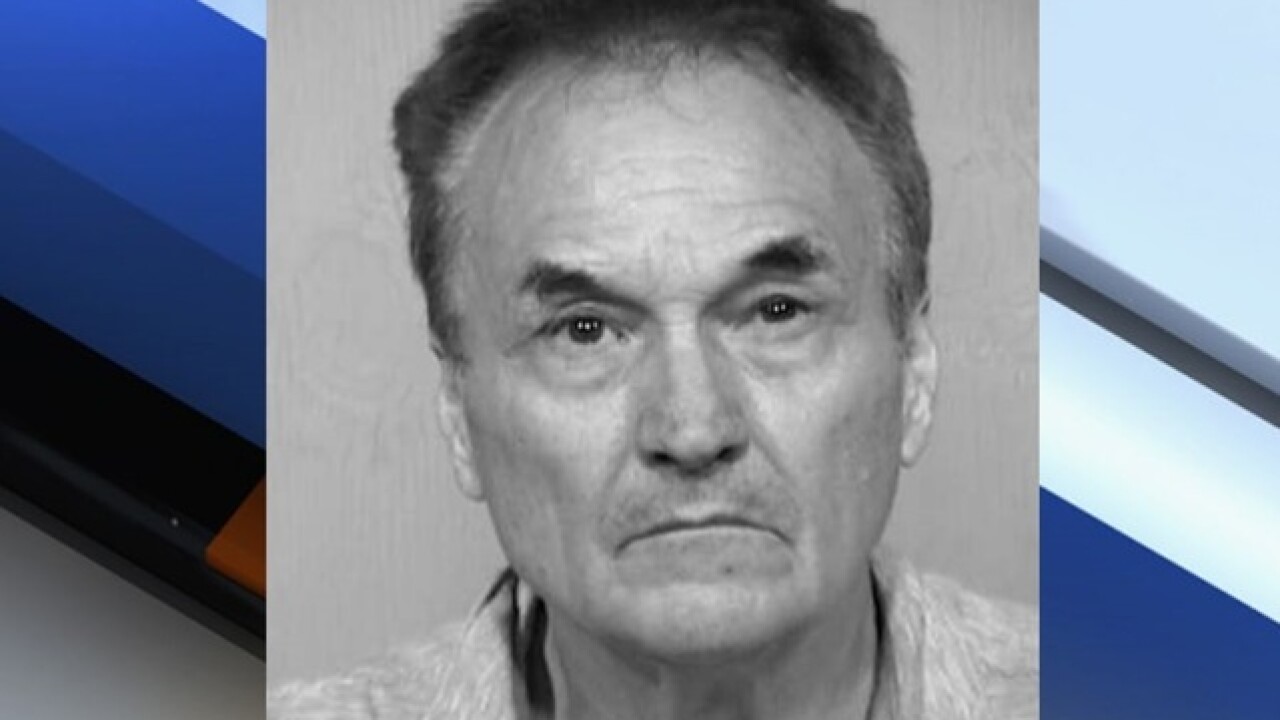 A man has been arrested after he broke into a Scottsdale apartment with a sword and threatened two women.

Scottsdale police report that on September 8, 65-year-old James Ray Applegate went to an apartment his girlfriend was at near Hayden and Thomas roads.

He was reportedly standing outside the apartment listening to his girlfriend and two other women through a window.

He walked away when the women discovered him there, the report said.

His girlfriend had left when he returned to the home. According to court documents, Applegate kicked the door, and when the women opened it, Applegate entered the home holding a large sword over his head.

He threatened to kill the women, who then called the police.

Applegate fled from the home and was found at his mother’s house about two hours later.

Police say the Timberland shoes he was wearing matched the shoe imprint on the apartment door.

Applegate allegedly has a long history of violence and drug activity.