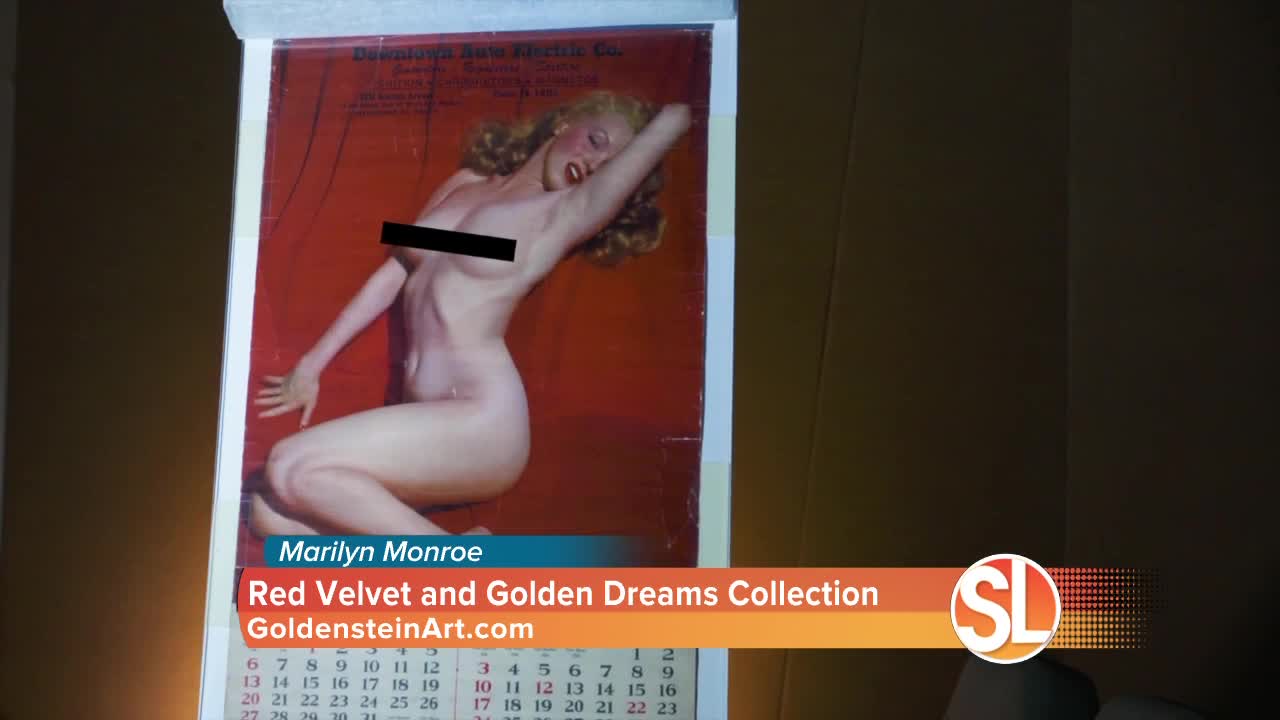 Goldenstein Gallery is a paid advertiser of Sonoran Living.

Narrowly escaping destruction more than once, the color separations in this collection are the unique, original separations first created by hand in 1950 and used by Baumgarth Calendar Company to produce the Golden Dreams pin up calendars featuring Marilyn Monroe for their entire production run, including variations known as "Entrancing" and "Lure of Lace." Baumgarth sold an estimated 9 million calendars throughout the 1950's, making Marilyn the best-selling calendar girl of all time.

These films were created through a labor-intensive process known as "indirect separation", involving multiple stages of photo development and refinement and many hand-painted corrections to obtain the desired results. The collection has museum-quality archival acrylic mounting.

Who could have imagined how famous Marilyn would become when photographer Tom Kelley met her in October 1948 and the role these images would have in helping to launch her fame? They met when she had a minor auto accident that Kelley witnessed. Marilyn had an audition to get to. He gave her $5 for cab fare and his business card. It wasn't until until May 1949, when behind on rent and her car in repossession, that she appeared unannounced at his studio. A Pabst beer poster model had called in sick and he gave Marilyn the job.

John Baumgarth, a major pin up calendar publisher from Chicago, had seen the Pabst poster and wanted Marilyn to pose for a calendar. Kelley asked Marilyn, explaining the photo shoot would be discreet but nude. Marilyn considered and after Kelley's wife Natalie assured her it would be professional, on Friday, May 27, 1949 posed for Kelley on a red theatre drape.

Baumgarth Company ran Marilyn's "Golden Dreams" image in the 1951 calendar line. Sales were slow, until it was later revealed that the nude model in Golden Dreams was Marilyn Monroe.

In December 1953, an astute young Hugh Hefner bought the one-use rights to reproduce the Golden Dreams image from Baumgarth , as the "Sweetheart of the Month" in the first ever issue of Playboy magazine. That first issue sold over 54,000 copies and provided funding for Hefner to continue publishing the magazine and ultimately launch his Playboy Empire.

The Goldenstein Gallery exclusively represents the "Golden Dreams" Collection by Appointment.
Since 2001 Goldenstein Gallery has focused on over 60 renowned local and regional artists in all styles and mediums, worked with museums, national exhibits and large-scale commissioned projects, and full-scale exhibit at L'Auberge de Sedona. Voted Sedona's Best Gallery by Kudos readers since 2008, USA Today 10 Best says, "With so much love, care and dedication put into the experience, this Gallery is not to be missed."