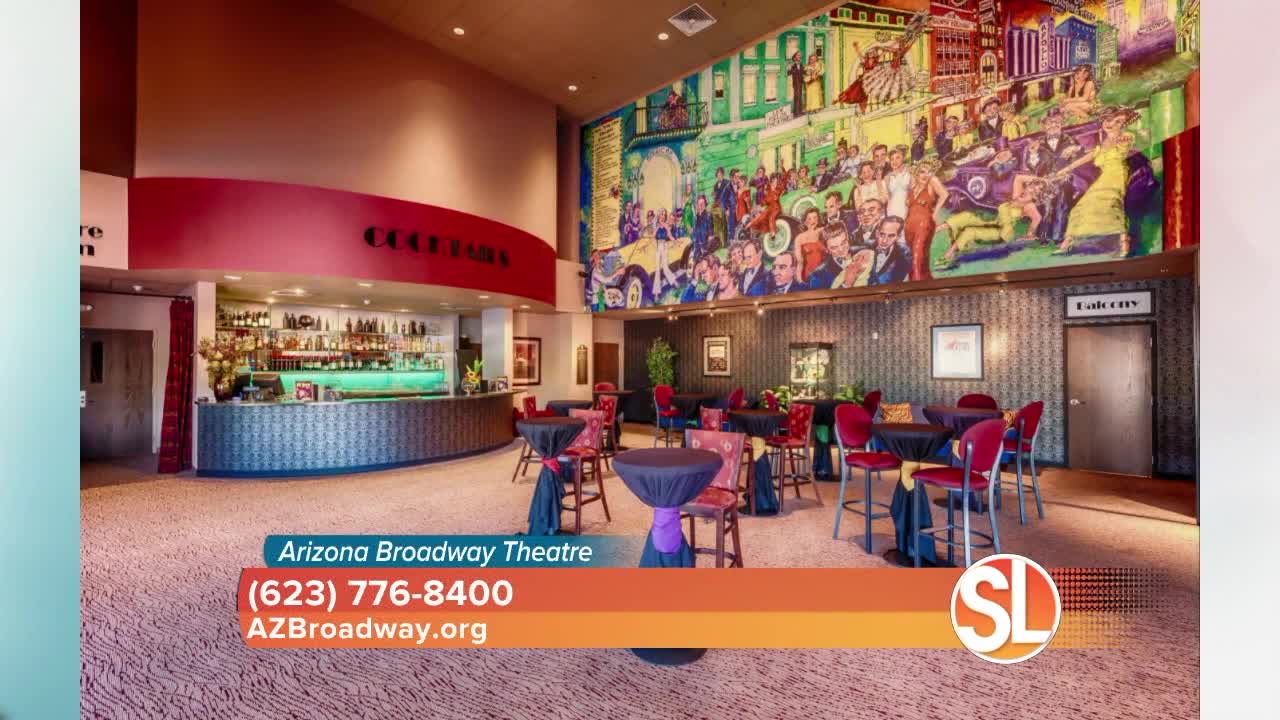 Arizona Broadway Theatre is a paid advertiser of Sonoran Living.

Mission
Arizona Broadway Theatre enriches lives through the power of the performing arts by producing live theatre and other high-quality entertainment.

Vision
Arizona Broadway Theatre will be at the heart of a culturally rich community.

A dream and vision manifested in reality in the fall of 2005 by two working New York City based actors, Arizona Broadway Theatre (ABT) is truly a "family affair" lead by power-couple Kiel & Cassandra Klaphake (Founders and Executive & Artistic Producers of ABT). For the past 15 years, ABT has redefined what it means to "grab dinner and a show!" With high-end sit-down table service and select menu items tailored by Chef Eric Smith to match equally with the Broadway-style creative elements on stage, ABT is an all-in-one entertainment experience unmatched in the Valley of the Sun. With a national reputation for drawing top talent, ABT's creative team, lead by Cassandra Klaphake and Associate Artistic Director Kurtis Overby, hold bi-annual auditions in New York City as well as regular local auditions in Arizona - casting the best actors, singers and dancers for the ABT's eight Mainstage musical productions.

In late 2017, ABT was named a "Resident Company" at the Herberger Theater Center (HTC) in downtown Phoenix. This unique and ground-breaking partnership between two of the Valley's leading arts venues will provide Central and East Valley theatregoers the opportunity to enjoy ABT's brand of entertainment a bit closer to home. ABT presents two-three musical productions annually on the center stage at HTC.

In March of 2018, ABT dedicated an all new multi-purpose performance and banquet space following a 1 million dollar year-long renovation of the existing Encore Room. The new space offers much needed convention and banquet space to Phoenix's West Valley, as well as hosts a variety of new and exciting concert and specialty programming. Also in 2018, ABT initiated a teen performance troupe called HyRev in the local community. The group performs valley-wide at various venues which have included the State Fair of Arizona as well as out of state performances in Los Angeles.

ABT has grown to become the highest attended year-round live theatre in the Valley of the Sun. Recognized as the "Best Playhouse" of the Valley by PHOENIX Magazine in 2010, ABT is the Valley's "It" venue to experience Broadway's Best! Avoid having to rush around the Phoenix sprawl to enjoy a night out on the town. ABT has everything you need all in one convenient location! For more information and to plan your next visit, please visit azbroadway.org.