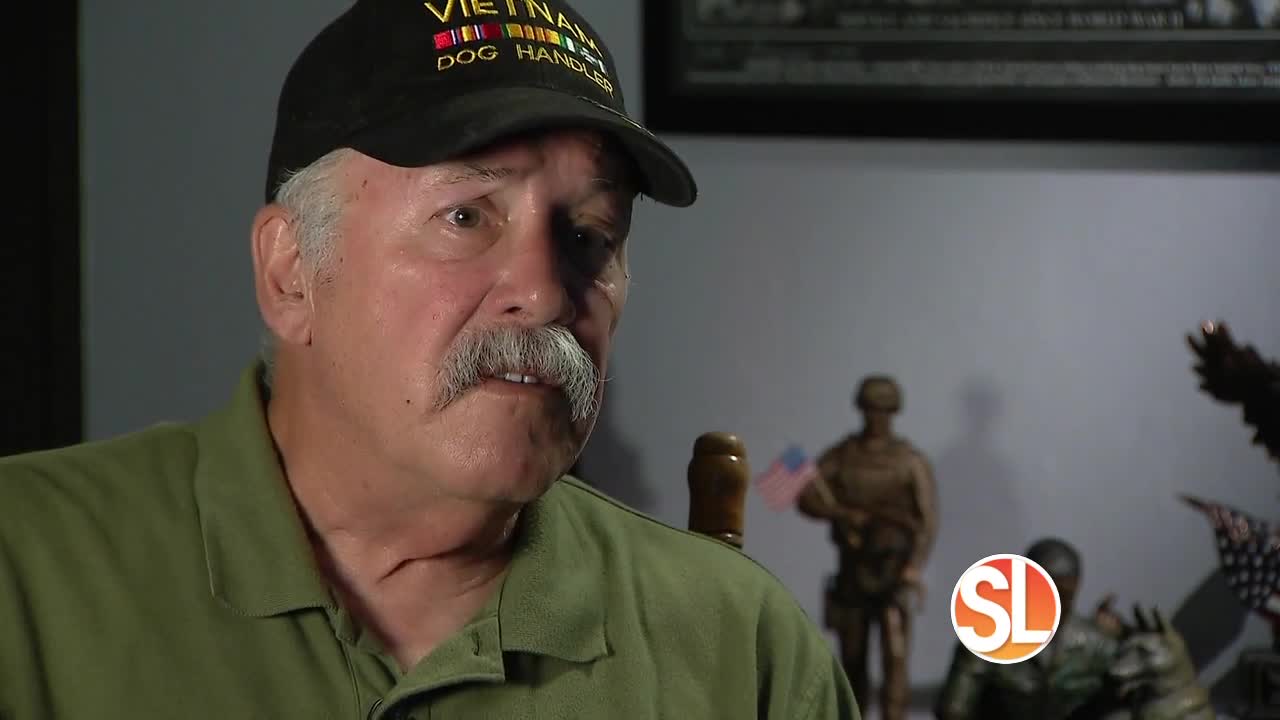 Knowing first hand the bond between man and animal and the countless lives that were saved by these military dogs, Jim wanted to do his part to honor these four legged heroes.

His new mission was to help raise money and awareness to build "The Military Working Dog Team National Monument."

He wants the public to know that without the war dog, tens of thousands of names would have been added to the Vietnam wall.

Because of his passion to recognize these silent heroes, Jim makes sure you can honor them every year with a spot for retired dogs to walk in the Veterans Day Parade.

For his continued efforts Jim was given a $500 visa gift card, courtesy of Sanderson Ford.