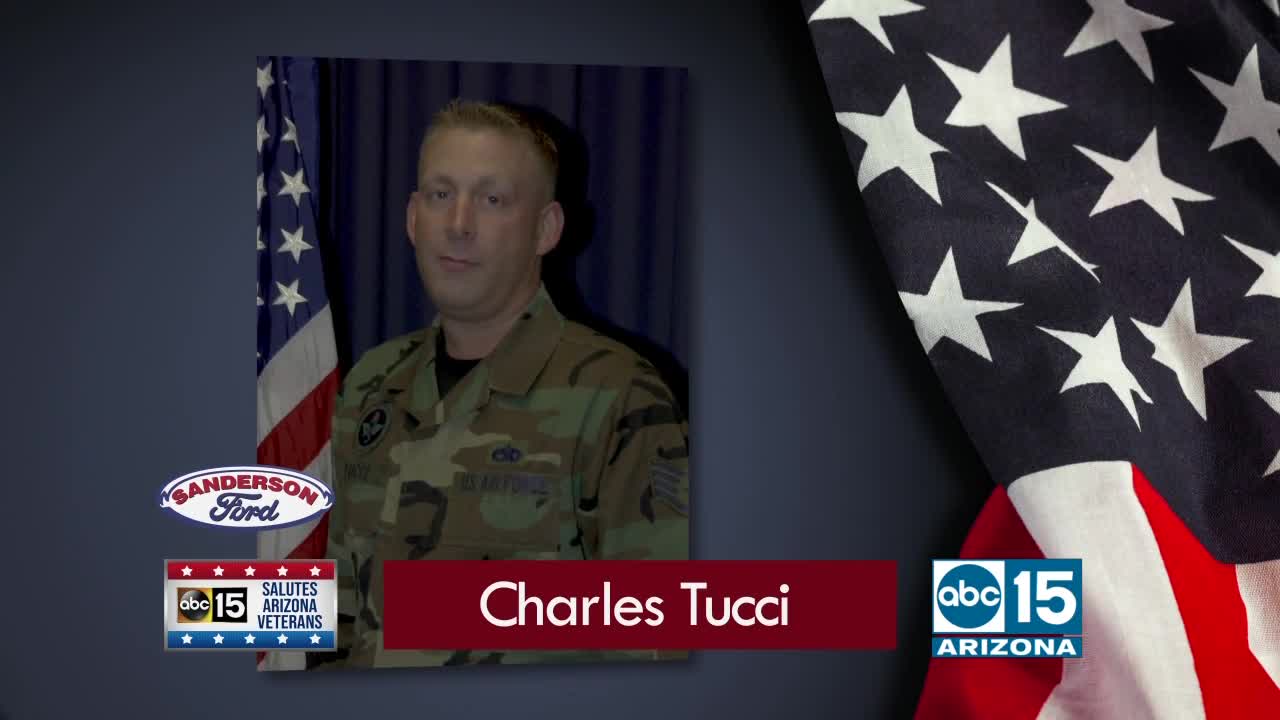 Chuck tells us knowing that he was part of something much bigger than he is, is what kept him in service for more than two decades.

But his new mission today is helping other veterans in need as president of the Warrior Brotherhood Motorcycle Club.

For his continued efforts to mentor new airmen and help other veterans in need, Chuck was given a $500 visa gift card, courtesy of Sanderson Ford.