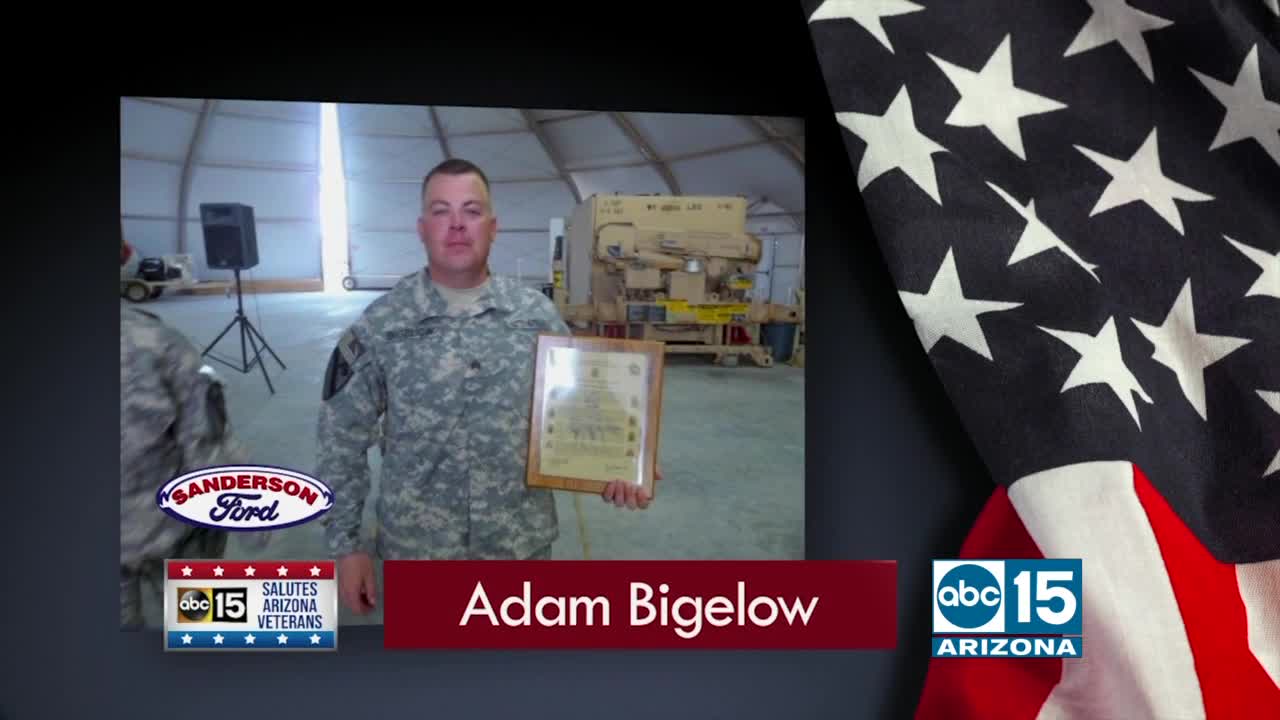 Adam Bigelow joined the U.S. Army in 2007 and served two tours in combat in the Middle East as a ground medic and then a third tour as a flight medic. During the course of his service, Adam was involved in numerous battles and saw members of his team killed and other brutally injured. During his third tour, he was diagnosed with severe PTSD and pulled from his status as a flight medic.

Adam's transition to civilian life proved incredibly difficult. The pain and suffering he'd experienced followed him long after he left the service. He began spiraling into deep depression, which often leads to suicide. At his lowest point, by the grace of God, instead of picking up a gun, Adam picked up a phone. He sought help from the PTSD Foundation of America, where he was placed in an inpatient facility run by Combat Vets for Combat Vets called Camp Hope in Houston, TX.

After completing the program, Adam is giving back to those who saved his life. When Camp Hope needed someone to open a chapter in Phoenix, Adam volunteered despite having zero experience in building a chapter of this nature from the ground up.

Adam saved lives on the battlefield and continues to do so today. To date, Adam and his wife have helped nearly 500 veterans and their families struggling with PTSD through Camp Hope.

For his continued efforts jim was given a $500 visa gift card, courtesy of Sanderson Ford.