The facts about ovarian cancer from diagnosis to treatment and beyond 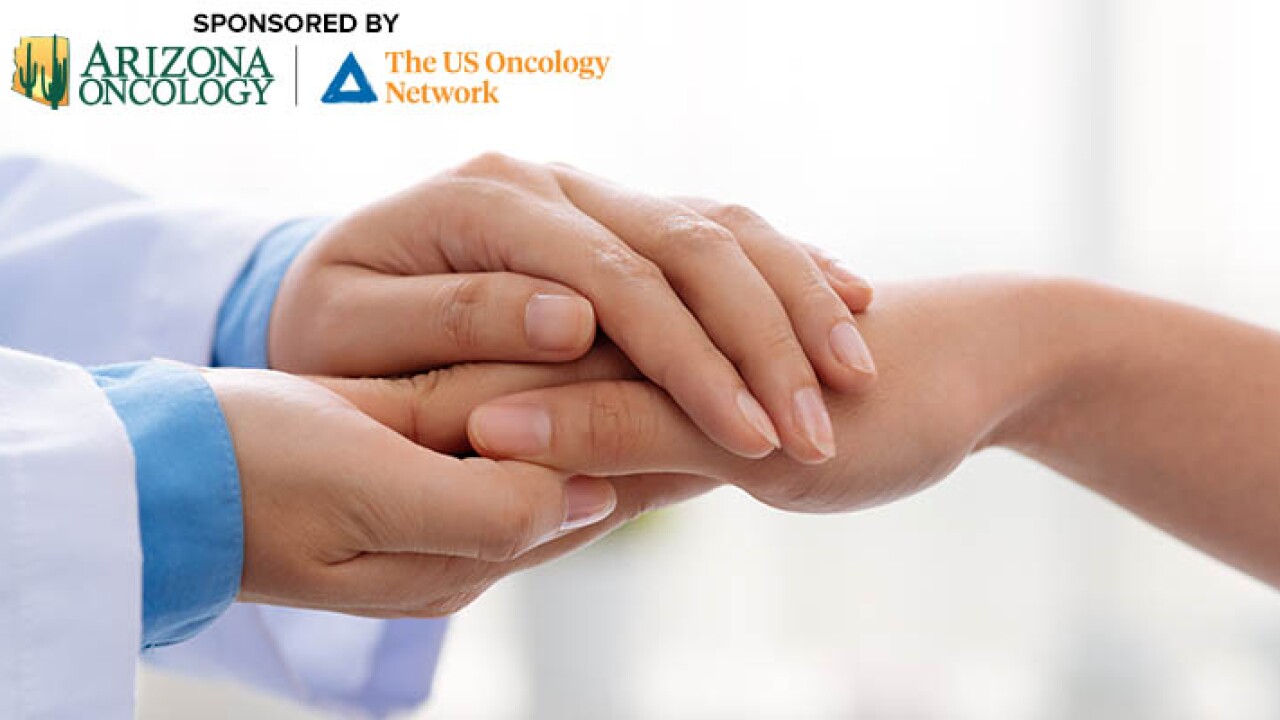 Ovarian cancer is the fifth most deadly cancer for women, accounting for more than other cancer of the female reproductive system. In her lifetime, a woman’s risk of getting ovarian cancer is 1 in 78. It typically affects women after menopause, but women should be familiar with the signs of ovarian cancer no matter their age.

Many symptoms of ovarian cancer can be overlooked as common health issues, making them more difficult to identify. However, early detection and treatment is critical.

What are the signs and symptoms of ovarian cancer?

Dr. Wingo: Early cancer of the ovaries tends to cause symptoms that are relatively vague. In some instances, women also have urinary symptoms including bladder pressure, urinary frequency, and digestive issues including bloating, feeling full quickly or constipation. Women who experience any of these symptoms should consult their healthcare providers.

What are some common conditions that ovarian cancer can be misdiagnosed as?

Dr. Wingo: Ovarian cancer is often mistaken for gastroesophageal issues. These include, but are not limited to, gastroesophageal reflux disease (GERD), irritable bowel syndrome, gastritis/enteritis, and any other inflammatory condition of the G.I. tract.

What are the grading and stages for ovarian cancer?

Dr. Wingo: Grading is typically used to define how aggressive cancer cells are. From a pathologic perspective, it usually defines how much solid component there is in a tumor. Stage defines where the cancer is located. Simply stated, stage I is confined to the ovary, while stage IV is considered distant metastasis. Every patient is assigned a stage and a grade after they have a tissue diagnosis.

How does ovarian cancer impact a person’s life?

Dr. Wingo: Once a woman is diagnosed, her life changes forever. Typically, ovarian cancer treatment involves both surgery and chemotherapy. Once a woman has completed all her primary therapy, she has follow-ups four times a year for the first two years. I believe that anyone with cancer is impacted in their day-to-day lives, as any vague symptom is a concern for recurrence. I encourage my patients to try to maintain normal lives. The treatment can be very exhausting and certainly can impact a woman’s ability to work and do daily activities.

Does ovarian cancer have an impact on my ability to get pregnant?

Dr. Wingo: The ability to have children after a diagnosis of ovarian cancer depends not only on the type of ovarian cancer, but also the stage at diagnosis. Women who have stage I cancer often undergo fertility-preserving procedures, where only the involved ovary is removed. Surgical staging is also performed at the same time to evaluate for spread of cancer. Some of these women go on to require chemotherapy. Nonetheless, many of these women are still able to conceive.

How is ovarian cancer diagnosed?

Dr. Wingo: Ovarian cancer, and all cancers, require a histologic diagnosis. Essentially that means the pathologist must evaluate cells from the tissue in order to establish the diagnosis. With ovarian cancer, this is often done with surgical removal of the involved organs. If the cancer is too extensive at diagnosis, a biopsy can be performed by the radiologist.

If a woman is suspected to have ovarian cancer, her health care provider may recommend additional testing including:

• Physical exam: A full history and physical will be done to evaluate your health. Further testing may be ordered on examination findings.

• Pelvic exam: Your doctor feels the ovaries and nearby organs for masses or other changes in their shape or size. A Pap test is part of a normal pelvic exam, but it is not used to collect ovarian cells. The Pap test detects cervical cancer and is not used to diagnose ovarian cancer.

• Blood tests: Your doctor may order blood tests, including CA-125 tumor marker, a protein found on the surface of ovarian cancer cells and in some normal tissues. The CA-125 test is not used to diagnose ovarian cancer. This test is approved by the Food and Drug Administration for monitoring a woman’s response to ovarian cancer treatment and for detecting a potential reoccurrence.

• Ultrasound: The ultrasound device uses sound waves that people cannot hear. The device aims sound waves at organs inside the pelvis. The waves bounce off the organs and the computer will create a picture from the echoes. For a clearer view of the ovaries, the device may be inserted into the vagina (transvaginal ultrasound). Further imaging including CT scans help identification of any abnormalities outside the pelvis.

• Biopsy: A biopsy is the removal of tissue or fluid to look for cancer cells. Based on the results of the blood tests and ultrasound, your doctor may suggest surgery to remove tissue and fluid from the pelvis and abdomen. If cancer cannot be fully resected chemotherapy is given first.

Dr. Wingo: Genetic counseling is an important piece of my gynecologic oncology program. Ovarian cancers are sometimes associated with inherited gene changes – called mutations – that increase the risk for types of cancer. Most well-known is the association between ovarian cancer and mutations in genes BRCA1 and BRCA2, which also increase the risk for breast, prostate, and other cancers.

Finding a mutation in one of these genes may not only explain your current cancer but may guide your ovarian cancer treatment and allow your health care provider to tailor screening or preventive recommendations for you and for your family members.

If you or a family member have “red flags” for hereditary breast and ovarian cancer syndrome, you may want to consult a genetics counselor for genetic counseling and possibly testing.

Do we know what causes ovarian cancer and is there a way to prevent it?

Dr. Wingo: We do know that genetics play a large role in ovarian cancer, but the majority of cases still are sporadic. The more menstrual cycles a woman has, the greater the risk for cancer. As such, birth control pills and pregnancy are protective against ovarian cancer.

What are some questions I should ask my medical professional if I’m worried I may have ovarian cancer?

Dr. Wingo: Open dialogue with a physician you trust is always a good first step. I believe that many health care professionals recognize the signs and symptoms of ovarian cancer and are much quicker to order a pelvic ultrasound and further work up if indicated.

If you present symptoms that your provider does not feel are consistent with ovarian cancer, questions to consider are:

• Should I be concerned about a gynecologic cause of my symptoms?

• At what point do we pursue a gynecologic source?

• Should I see a gynecologist?

• When should I return if the symptoms don’t resolve?

What are some common ways that ovarian cancer is treated?

Dr. Wingo: Women with ovarian cancer are commonly treated with surgery and chemotherapy.

Surgery treats the cancer by removing the cancerous tissue. The type of surgery required depends on the stage of the cancer and where a woman is in her reproductive life.

Often ovarian cancer is treated by removing the uterus, both ovaries, and fallopian tubes. Sometimes, in younger women who may wish to become pregnant, only the affected ovary is removed. A layer of fatty tissue called the omentum and lymph nodes in the pelvis area and upper abdomen are removed as well.

Radiation therapy is the use of high-energy rays to kill cancer cells in the treated area. It can be administered externally from a machine outside the body, or internally through thin tubes placed in the vagina. It is rarely used in the treatment of ovarian cancer.

Chemotherapy is the use of drugs to kill cancer cells. Because the drugs enter the bloodstream, they travel throughout the body reaching cancer cells that may have spread beyond the point of origin.

What are some misconceptions about ovarian cancer?

Dr. Wingo: I think it is a standard belief that all women who get ovarian cancer die from their disease. Not only are there different sub-types of ovarian cancer with differing prognoses, but patients are also diagnosed at different stages. Further, the science continues to advance, and we are finding more ways to help women live longer, sometimes by providing them maintenance treatment to help slow the recurrence of their cancer. There are also new drug therapies emerging that are allowing women to live longer.