How three people living with pain refused to give into it 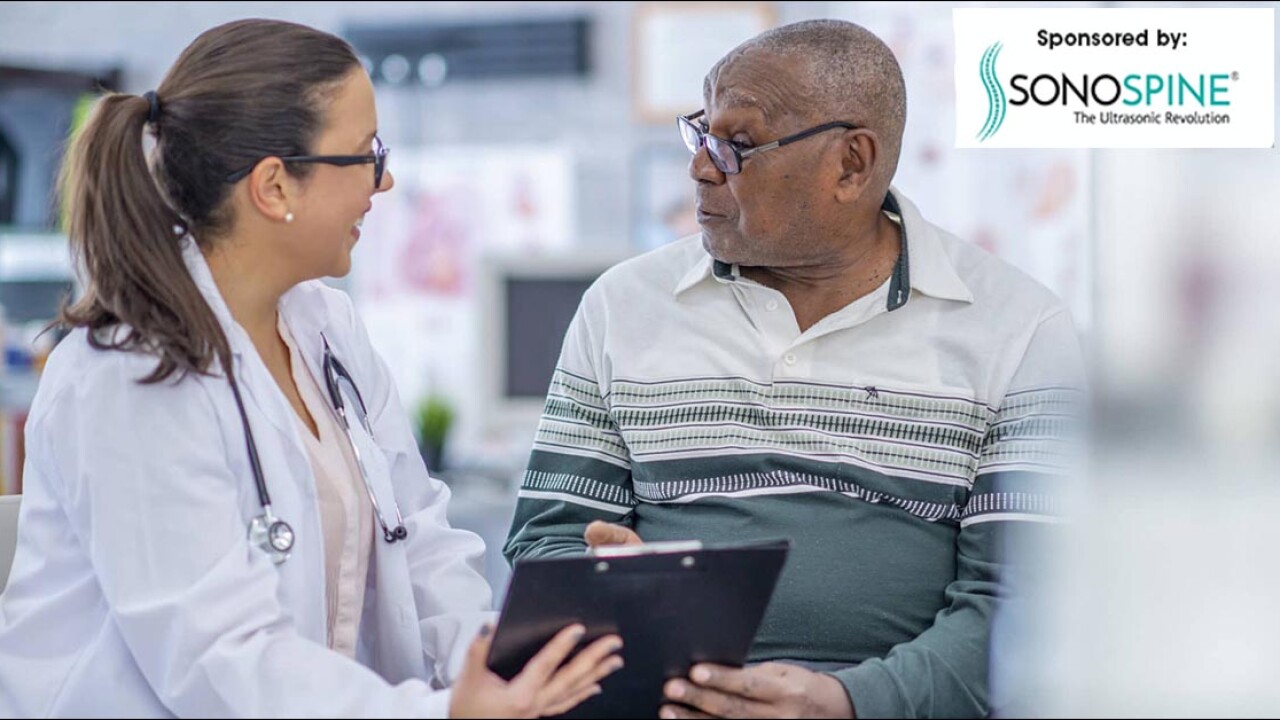 Living with back pain is frustrating and, well, painful.

It’s also more common than many may realize, what with back pain being the leading cause of disability, according to the American Chiropractic Association. Back problems were causing debilitating pain for three people, who decided they wanted a way out — but without having to go through invasive surgery.

A member of the police force for almost 20 years, Pepe Rodgers was driving on a rainy morning when another driver lost control and hit him head on. “Once they did that, it pretty much changed my life,” he said. “I wasn’t sure if I was going to be able to continue with my career. I was in an enormous amount of pain.”

Rodgers said his discomfort became a daily routine of reminding himself, “OK, I’m going to be in pain again today.” However, he thought disc replacement surgery seemed “so barbaric.” That’s because the process is invasive, and recovery can take months. “The way they did the disc replacement did not sound appealing to me, so I went looking for an alternative,” Rodgers said. “And when I stumbled across Sonospine online, I saw Dr. (Dilan) Ellegalla explain the procedure, and to me, it was golden.”

Despite being one of the top five worst cases Dr. Ellegalla had seen, Rodgers said the process was worth it, as his pain is gone. Best of all, he did not have to retire early and, instead, looks forward to an active retirement when he’s ready.

Kevin Chappell had to sit and sleep in certain positions to deal with his constant pain. He didn’t want to give up playing golf at the professional level nor deal with a lifetime of discomfort. He found a solution that let him recover more quickly than normal back surgery and work toward his goals.

“Dr. Ellegalla and the Sonospine team remind me of that every day, and that’s the goal moving forward is we got healthy, we're getting out of pain, and they’re making sure I’m doing the things right in my rehab so that I can get back to the level of golf I want to be at,” Chappell said.

His pain has been gone since the surgery, and he loves that he can roughhouse with his kids, something he couldn’t do before. “Since the surgery, my life and lifestyle have improved immensely,” Chappell said.

Additionally, a mere 10 months after surgery, he returned to the PGA Tour, with a tour record of nine straight birdies and a historic score of 59. Chappell credits his experience at Sonospine with helping him get back to where he wants to be. “They’re going to make sure you’re confident in the decision you made to have surgery, and they’re going to see you through until your goals are reached,” Chappell said.

Buddy Tinsley knew what it was like to live with constant pain. “My life before I had the surgery was essentially three years of unremitting pain,” he said.

Then a medical professional connected to his work in the insurance industry told him about a surgery that had a short recovery time and fewer complications than other invasive surgeries. That information changed everything for him.

“After I came out of anesthesia, I knew immediately that my life had been given back to me,” Tinsley said.

Not only that, he didn’t miss a single day of work, including the day of his surgery. “I got into a vehicle and was taken back to my hotel and walked through the lobby of my hotel, and I worked the remainder of that day,” Tinsley said.

Working with Sonsopine was a particularly good experience, he said. “There was just such a genuine feeling of concern for my wellbeing,” Tinsley said. “The whole thing was patient-centric in my view, and that was unique for me.”

Learn more about ultrasonic spine surgery and find out if you’re a candidate at sonospinesurgery.com or call 888-957-7463 to learn more and schedule a consultation.