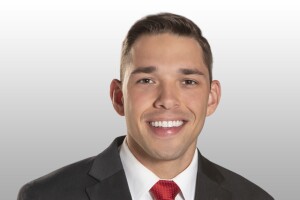 Zach Crenshaw is an Emmy-award winning reporter, telling stories every day across Arizona.

His work has led to changes in police department policy, murder suspects arrested, con men prosecuted, and a life-saving kidney for a mother.

Crenshaw joined ABC15 in August 2018 as a general assignment reporter, focusing on daily investigations, breaking news and fighting for the voiceless.

His career in local news has taken him from California to D.C.

He has reported for more than six straight hours when protesters shut down a major interstate and covered officer-involved shootings in four different states.

Crenshaw moved to Phoenix after spending two years as a reporter at FOX13 in Memphis and two years with WSBT in South Bend.

When he's not near a microphone, Zach enjoys hiking with his fiancee, trying new restaurants, pickup basketball, good concerts and cheering on Indiana sports teams.

If you have any problems, things that need to be investigated or uncovered, or general story ideas, email Zach or give him a call or confidential WhatsApp at 602-320-2695. You can follow him on Facebook, Twitter, and Instagram.