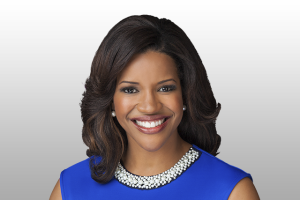 Susan Casper is a charming, compassionate host of Sonoran Living on ABC15.

This proud military brat enjoyed spending much of her childhood growing up at Spangdahlem Air Force Base in Germany where her creative imagination began to flourish.

Susan’s love for journalism began when she was just a young girl. Her first gig was reporting and producing a video for her elementary school at Eglin AFB. After interviewing her 4th grade classmates, faculty and staff for an entire week, Susan knew this was the career for her.

Susan is a 1990 graduate from the University of West Florida (UWF) in Pensacola where she earned a B.A. degree in Broadcast Journalism. She also won UWF’s first ever Society of Professional Journalism national award, a William Randolph Hearst award, and numerous regional and state journalism titles.

From sports to weather to one-man-band, Susan has done it all in her more than 20-year broadcast news career. Among her accomplishments is being the first African-American woman to anchor a primetime newscast in Tampa.

She joined ABC15 News in 2008 as an anchor and reporter before moving to Sonoran Living, the longest running television lifestyle show in Phoenix.

Susan has a passion for helping others. When she is not hosting, you will find Susan helping out in the community as a motivational speaker, volunteer and advocate for women and girls.

Susan is the newest executive board member of Dress for Success Phoenix and a founding member of the National Coalition of 100 Black Women Phoenix Metropolitan Chapter.

Susan and her husband, Sidney, are the proud parents of twin girls. Keep your eyes peeled, you are bound to see this die hard sports family attending a basketball, football, baseball or hockey game around town.

You can catch Susan on Sonoran Living weekdays at 9am on ABC15.