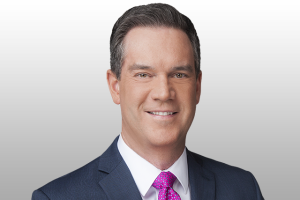 Steve Irvin is an Emmy award-winning journalist and anchor of ABC15 News at 6 and 10pm.

Steve brings almost 30 years of experience to the news desk.

He grew up in Madison, Wisconsin, but his work in television news has taken him all over the world. From political conventions in Los Angeles, to a terrorist attack at the Pentagon, Steve has even followed our troops as they keep the peace in Bosnia.

Despite those travels, Steve says, the best stories are always right in his own backyard. "I'm constantly amazed at the strength and courage of everyday people," Steve says. "It's one of the great joys of this job -- the privilege of telling stories."

Steve's work has earned him numerous accolades. He has earned 4 Rocky Mountain Emmy Awards. He received the Best Anchor award in 2004 and 2006.

In his spare time Steve enjoys working out, reading, and playing golf.

Steve is also available to speak to school groups and community organizations.