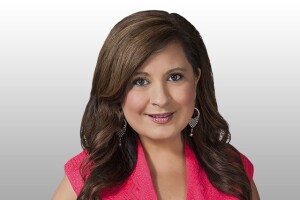 Her career started while she was still in college at the University of California, San Diego after an internship turned into a news writing job.

Her reporting adventures have taken her to Montana, Tennessee, Ohio, and Tucson, Arizona. From tornadoes, to flooding, blizzards, and ice storms, she's covered it all. Some of her most memorable stories include a coal mining disaster in the Appalachian Mountains, walking the same trails used by drug smugglers in the unforgiving Sonoran desert, and witnessing two executions of death row inmates in the State of Arizona.

In Tucson, Sonu won three Edward R. Murrow awards, two Associated Press awards and a Rocky Mountain Regional Emmy for hard news reporting and feature reporting. The award winning stories took her into Nogales, Mexico, where she interviewed deported migrants sleeping in the tunnels and washes, waiting for night to fall so they could try to sneak back into the U.S. again. She worked hard to win the trust of human trafficking survivors and exposed a side of Tucson nightlife many did not know existed. Sonu also won a feature reporting award for talking to the families of some of the youngest medical marijuana card holders in Arizona, many of them babies who suffered dozens of seizures a week.

In 2015, Sonu was honored with a Paladin Community Service Award for the work she did in exposing human trafficking to the community.

Sonu is a first generation American citizen. She was born in India and raised in Japan. She is fluent in Hindi and Japanese. She makes a mean Chicken Tikka Masala and loves watching cheesy Bollywood films. If you want to swap recipes, or contact her with your story ideas she'd love to hear from you. Email her or follow her on Twitter or Facebook.