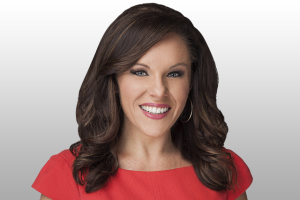 She joined the team in June 2013 and has reported on several Arizona stories that made national headlines, including the tragedy of the Yarnell Hill Fire, the scandal at the Phoenix VA surrounding wait times and veteran suicides, and the murky underworld of the body donation business. She has also traveled out of state to chase destructive wildfires.

Nohelani has been nominated for six Emmy Awards since joining ABC15 and picked up her first statue for breaking news. Prior to that, she won several Associated Press awards for breaking news and feature reporting and was co-host for an Emmy-nominated special on the battle against breast cancer in her community.

A native of Hawaii, as you can probably tell from her name, Nohelani came to ABC15 by way of the Pacific Northwest, which explains her love for Oregon Ducks.

She spent four years as a late evening anchor in Eugene, Oregon and as a weekend anchor and reporter prior to that.

One of her highlights while in Eugene was covering two U.S. Olympic Track and Field trials.

Nohelani has also had the honor of meeting two American presidents.

While attending Southern Oregon University, Nohelani cut her teeth in the journalism business in Medford, Oregon where she worked her way up from behind the scenes as a director, then a writer, and ultimately realizing her dream of becoming a reporter.

Nohelani’s also a professional hula dancer and is always on the lookout for a taste of the islands to remind her of home.

When she’s not at work, Nohelani is an avid traveler and loves to hike, especially when the payoff is a dramatic Arizona desert view.

If you have a story idea, or just want to say hello and pick her brain about Hawaii… contact Nohelani on Facebook, Twitter or via email at nohelani.graf@abc15.com.